Forget It, Roman. It's Zurich. Thoughts on Roman Polanski. 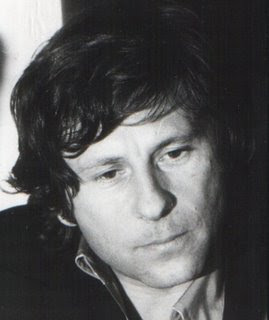 To misquote Amadeus, "No one is doubting Roman Polanski's talent, it's his judgment to be a fugitive that's in question".

I've said it before and I'll say it again: I believe he is an extraordinary artist, but I KNOW the law must be obeyed. All his talent, all his achievements, all his awards cannot erase the fact that he fled the country and has been on the run ever since.

I have heard in this debate some pretty daft defenses. His life has been filled with unimaginable tragedy. Having your family murdered in the Holocaust would be enough misery for any person. Polanski, however, had a further horror to endure when his wife Sharon Tate & their unborn son were murdered by cult icon Charles Manson and his group of demonic cohorts. That he has managed to keep functioning in spite of all these brutalities is a testament to his strength.

HOWEVER, none of that can justify, rationalize, or excuse HIS crime. Let's put things in perspective. He plied a thirteen-year-old girl with drugs and alcohol, then forced himself sexually on a minor. We must always remember that Samantha Geimer was only two years older than Jaycee Dugard when she was abducted and raped by Phillip Garido. There are differences of course: Polanski forced sex on Geimer once while Garido repeated raped Dugard, and Garido never won an Oscar. I wonder if any of the stars rallying to Polanski's defense will do the same for Garido.

I think people like Martin Scorsese, Woody Allen and Pedro Almodovar are missing the forest for the trees. Polanski may be a great film-maker but great film-making does not give you a free pass to violate laws about having sex with minors. The warrant was legal. He was a fugitive and he knew it. He has been arrested lawfully. What reason is there to release him now? That he won an Oscar? That he makes great films? Roman Polanski has been arrested and now must be brought back to face the justice he fled from. Yes, Ms. Geimer wants the charges dropped. Yes, he has a family now. Yes, he's in his seventies. All these factors should and I trust will be taken into consideration. However, No One Is Above The Law.

Ultimately, I cannot believe Scorsese or Allen or anyone in Hollywood would want their daughters drugged & boozed up in order for some man to rape them. At this moment, we don't know what will happen to Roman Polanski. He's been on the run for too long. We all must learn that You Can't Get Away With It. Even if you make great films.
Posted by Rick at 12:30 PM