It feels like it's been a while since Detective Jim Gordon has been the actual center of a story rather than just an excuse to bring in other characters from the Batman mythos.  It might be that it's been a few weeks since I've seen Gotham too.  Prisoners gives us a Gordon-centered storyline that puts in a few elements that might be a bit cutesy.  It also gives the breakout star of Gotham, Robin Lord Taylor and his take on Oswald Cobblepot aka The Penguin, a chance to show us his range and give us a moving image of a man trying so hard to be good and finding no reward for it.

Jim Gordon (Ben McKenzie) has been taken out of protective custody at Blackgate Penitentiary and now is shifted towards the general population in the area called World's End.  There, Warden Bellamy (Ned Bellamy) wants Gordon dead within the week.  Prisoner/enforcer Wilson Bishop (Marc Damon Johnson) is just the man for the job.  Gordon, however, has some secret allies at Blackgate, and some not-so-secret allies.  One prisoner, Puck (Peter Mark Kendall) looks up to Gordon.  Despite his act of teenage foolishness that got him locked up, Puck has never forgotten how Gordon helped capture the man who assaulted his sister.

Meanwhile, Gordon's partner Detective Harvey Bullock (Donal Logue) is determined to get his buddy out of the clink.  For that, he goes to a very old friend, none other than Don Falcone himself (John Doman).  Don Falcone does help, inadvertently helping Puck escape too (Gordon refusing to leave without him).  Puck, however, cannot survive the injuries he suffered thanks to his open association with Gordon and dies outside prison.  Gordon has the option to find his love, Dr. Thompkins (who sadly lost their baby due to the stress of the situation) and escape out of the country, or go back to Gotham to clear his name.

Guess which he chooses.

In the other story, Oswald Cobblepot (Robin Lord Taylor) is continuing to bond with his father, Elijah Van Dahl (Paul Reubens).  The sweetness of the new Oswald struggles with the sins of his past, and he tearfully admits all his crimes to his father.  Far from rejecting him, Elijah embraces Oswald, thankful that he has been so open and forgiving him for all his trespasses.

Good thing too, as Oswald's stepmother Grace (Melinda Clarke) attempts to wreck their relationship by revealing Oswald is the notorious criminal The Penguin.  Their isolation from the rest of Gotham society kept this from being known immediately, but her plan backfires due to Oswald having confessed sooner.  Oswald attempts to convince his stepmother and stepsiblings that he is not the same man anymore, but only Elijah can protect him.

The fact that Elijah has a blood heir to give his fortune to, and that he is planning to change his will to have him be the sole inheritor sends Grace and her two children, Charles (Justin Mark) and Sasha (Kaley Ronayne) into a panic.  Drastic action must be taken to stop this.  As father and son continue bonding (down to Oswald starting his own apprenticeship of tailoring, a Van Dahl tradition handed from father to son), Grace sets her own plans.  First, she sends Sasha to attempt and seduce the innocent if not downright virginal Oswald (and when that fails, Charles offers to give it a try, an idea Grace rejects).  Next comes a more drastic idea: a little poisoned drink would do the trick.

As is the case in these things however, despite the doctor's orders Elijah takes the drink...and dies in Penguin's arms.  Grace is shocked at this turn of events, and Oswald is emotionally wrecked.

Prisoners has these two stories going back and forth, and it does so beautifully.  Moreover, it keeps a strange symmetry between Gordon and Cobblepot, the two of them living out eerie similar lives.  Both of them are surrounded by people trying to kill them.  Both of them lose through violence the only people who care for them despite what they've done.  Both of them now face a greater threat than the ones they left. Prisoners also has some really intense, emotionally powerful acting.  Oh, Robin Lord Taylor...why are you so good?  It is difficult to think which episode he should submit for Emmy consideration, because each of his episodes have pretty much been a goldmine in acting.  Here, we see a whole new side of Oswald Cobblepot: that of a sincerely sweet person, perhaps what he would have been if not for his criminal bent and, in a warning from his biological father, a curse within the male bloodline (Oswald's grandfather having committed suicide and not dying of an accident as was reported).

RLT made his fear and regret when his past was revealed so powerful, and when his father dies...boy do you feel for Penguin.  That kind of acting, that kind of real, solid acting, does not come around much, and we should appreciate it for the sheer brilliance that it is.

I simply cannot say strongly enough just how good Robin Lord Taylor is on Gotham: both as villain and as flawed anti-hero.

He even manages to make the fear he has when Sasha attempts to all but rape him believable...and slightly funny.  "Restrain yourself, WOMAN!" he yells when he manages to wriggle his way out of her grasp.  "I'm practically your BROTHER!"  Whether it is the shock of a woman grinding on him (Penguin has never had a romantic partner or even expressed any sexual or romantic desires on Gotham), the fact that is was his stepsister, or the fear and uncomfortableness of a sexually aggressive woman we do not know (there is no way to confirm whether Penguin is gay, straight, or bisexual, again because Penguin has been thoroughly asexual since we first met him).  RLT plays all facets of Penguin brilliantly, and you feel for a man who has lost both parents within a year (and both times dying violently in his arms).

McKenzie's take on Gordon as the perpetually gruff and closed-in man gets a nice and soft touch with his relationship with Puck.  He still urges the youngster to stay away from him, but despite himself Gordon cares for the lad.  McKenzie's silent but still conflicted reaction when he learns of his child's death (a mixture of anger and pain and inability to do anything) is a breath of fresh air given how sometimes Gordon comes across as a bit of a stiff.

The guest stars are also almost all good.  Reubens gentle take on the dying Van Dahl is so wonderful, particularly when he has RLT to act against.  Kendall's Puck, while to my mind a bit cliché in regards to the 'young naïve kid', has wonderful interplay with McKenzie.

It is also nice to see Doman return, if only briefly, as Don Falcone, a twist that was highly welcome.  It makes one believe that perhaps we have yet to see the last of the notorious Don so integral to Season One.

Perhaps the 'evil stepmother plotting to kill the opposition' bit (coupled with the whole 'accidentally poisoned' bit) and the 'plucky kid' bit didn't sit too well with me.  Also, despite the best efforts of the show what was suppose to be Detective Gordon's death did not have any impact on me emotionally.  I rather was left cold by what was suppose to be Gordon's death.  I also wonder if Gordon wasn't in on it, how did he get the fake side wound.

Again, minor bits to yet another strong Gotham episode (particularly lifted by Robin Lord Taylor's amazing performance).  Prisoners is another strong episode in Season Two, and Gotham (if not strictly Batman) continues to rise. 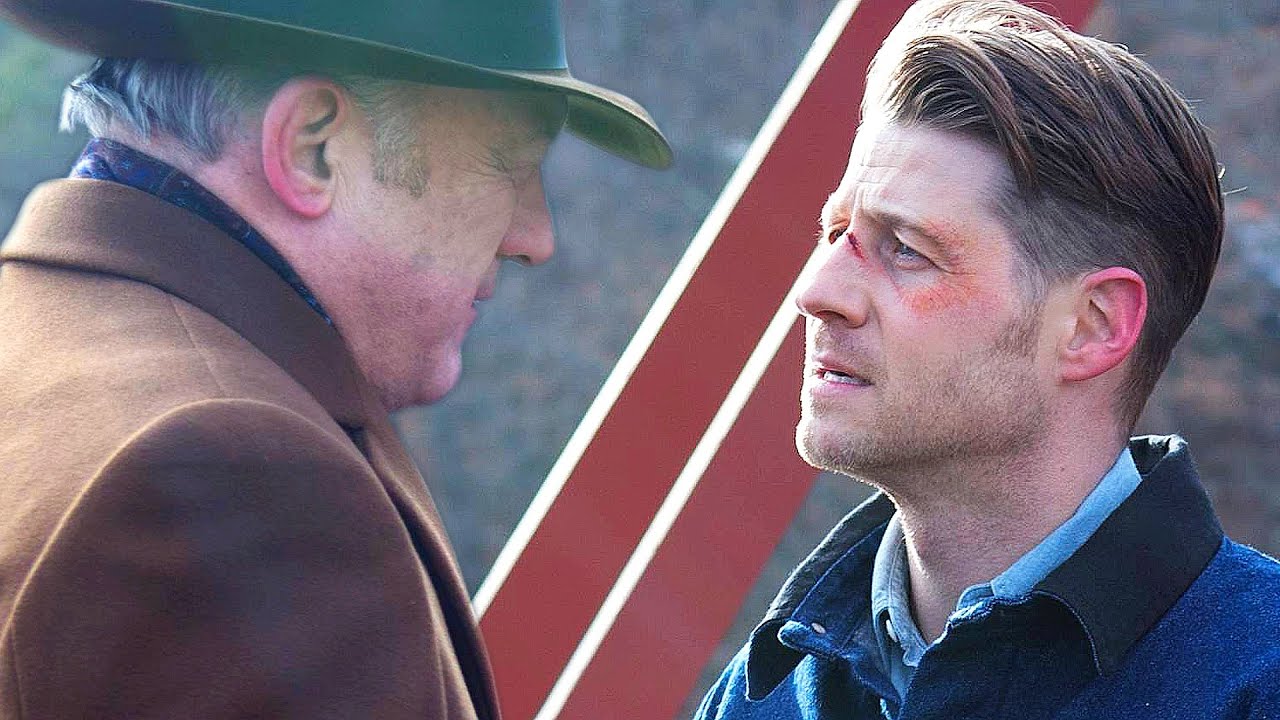 Next Episode: Into the Woods