I've always found Wes Anderson a heavily acquired taste.  Sometimes I find him enchanting in his deliberate quirkiness (Moonrise Kingdom, The Grand Budapest Hotel), sometimes I find him excruciatingly self-indulgent and cutesy (The Royal Tennenbaums).  Love him or hate him (until recently I was in the latter), Anderson can be called an 'auteur'.  Bottle Rocket, his first full-length feature film, doesn't have all the Andersonian motifs (the camera does go other directions besides left to right...exclusively) and I figure he tried to ground it in some form of reality.  I found Bottle Rocket good, not great, but at least not as incessantly cloying as some of his other features that rely too heavily on the cutesy.

Dignan (Owen Wilson) picks up his friend Anthony (Luke Wilson) from the mental hospital Anthony checked himself in (I believe it was due to a bad breakup).  However, it is clear that Dignan is the one who should have been locked away in the looney bin, since he clearly has delusions of greatness regarding his '75-year-plan' for a life of crime.  Dignan fancies himself a future master criminal, though clearly inept in all aspects of it.  Despite what should have been his own common sense, Anthony goes along with Dignan's schemes (I guess it gives Dignan something to do and aspire to).

Dingan recruits perhaps the worst crime crew in human history, consisting of him, Anthony, and their friend Bob Mapplethorpe (Robert Musgrave) to be the getaway driver.  I think him being the only person who has a car helps in that.  They do pull off a bookstore robbery, though Anthony and Bob find Dingan's rather grand plan excessively complex to the point of idiocy.  Now 'on the lam', they 'hide out' at a second-rate motel, where a pretty young Latina housekeeper, Inez (Lumi Cavazos) catches Anthony's eye.  Soon, a romance ensues, despite the language barrier (because in East Texan Anderson's worldview, Hispanics are incapable of speaking English). 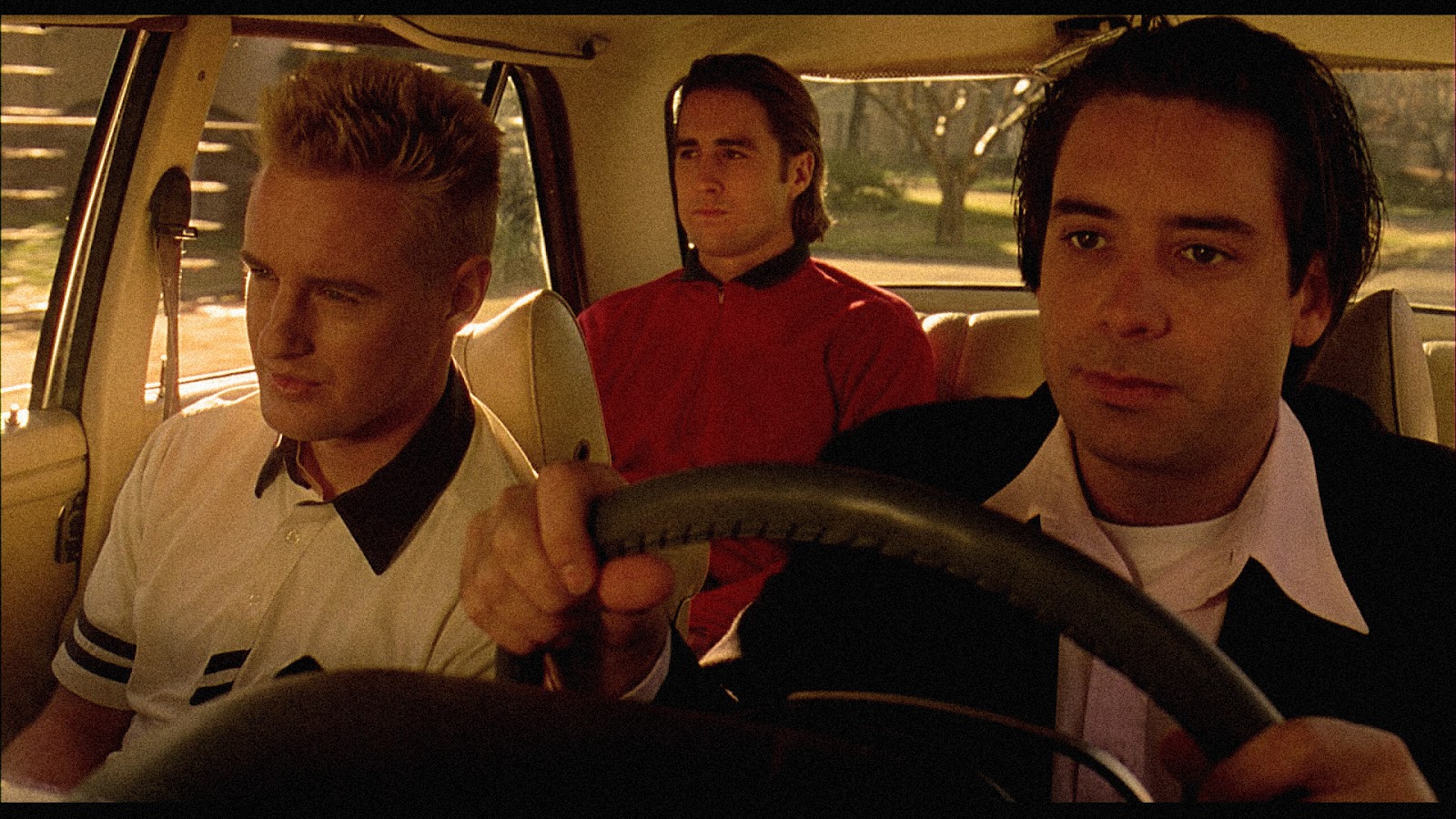 Now it's on to their biggest heist yet, sponsored by Dignan's criminal hero, Mr. Henry (James Caan).  However, by this time Anthony and Dignan have broken ties, with Dignan continuing his life of crime and Anthony doing his best to be on the straight and narrow.  However, Dingan gets Anthony to help in this big heist, which goes surprisingly wrong (I think of Mr. Henry's crew gets shot) and Dignan manages to get himself arrested.  To add to the overall idiocy of these three WASPs, we find that Mr. Henry stole from the Mapplethorpe house while these imbeciles were pulling off their great heist.  With Dignan in jail, Anthony and Bob go see him, and find that up to a point, Dignan is still Dignan, possibly planning an elaborate escape plan...or not.

Well, like a lot of Anderson's C.V., Bottle Rocket is going to be an acquired taste.  I'm slowly reconciling myself to the Andersonian worldview of cutesy, quirky, offbeat, WASPy characters living in their own universe barely resembling anything I could comprehend.  I figure that our worldviews clash because he's from East Texas, while I'm from West Texas...two universes divided by the same state.

What I see in Bottle Rocket was that Anderson hadn't given in to his total immersion into the self-awareness of the quirky.  Instead, he handled the characters as realistically as they could be, given how dumb and delusional they were.  He actually managed to move the camera from left to right and even did cross-editing.

It's also interesting that fellow Texans the Owen Brothers were also just starting out, but were essentially playing the types of characters they would continue to do so in their careers: Owen the offbeat, slightly dim type, Luke the more rational and responsible one.  One wonders whether they are playing themselves, but I don't know them to make such a broad characterization.

What I can say is that one marvels how Anthony could go along with Dingan's ideas.  As a side note, I figure Bottle Rocket is a portrait of WASP criminal delusions, for who names their child Dignan?  I also note, with disdain, the idea that the only Hispanic in the film serves both as 'the love interest' and has to be English-deficient.  Would it have killed Anderson to not go down this stereotypical route?

However, I can't say that I didn't enjoy Bottle Rocket (seeing Anderson go in other directions instead of his standard left-to-right stop-and-go manner helped).  It was amusing, with a nice twist at the end, and characters whom we do care about (it's hard not to like Owen Wilson's dimwitted, delusional Dignan).  Give Anderson credit for getting great performances out of the Wilson Brothers and Caan as the strong but much cleverer Mr. Henry.

I do remember leaving the screening of Bottle Rocket with a slightly higher opinion of Wes Anderson, though I still think he has a very particular, peculiar worldview that I don't share and sometimes find annoying.  The Wilsons were great and it told its offbeat story with genuine affection for this group of oddballs.