"You're not guaranteed tomorrow".

Charlie Arellano, the Men's Ministry Leader at my church, said that this morning in the Father's Day sermon when discussing the importance of legacy.

These words came to me a few hours later when I learned that Anton Yelchin had died in a freak car accident at the age of 27.

I think no one thought that someone so young would die, particularly in such circumstances.  If the news had spread that Olivia de Havilland or Kirk Douglas had died, this would have been sad news indeed, but since both are 99 years old it would not have been a shock.

Someone at age 27 however isn't expected to die unless they had been suffering through an illness.

I was quite saddened by Yelchin's death because unlike so many other young stars, he had the goods.  I considered him to be a bright light in cinema, one with an extraordinary talent that came through in all his performances.  Even in films I did not care for, films that were downright awful (like Odd Thomas or Terminator: Salvation), Yelchin was always a standout, a positive in even the worst films.  He had the incredible ability to make the characters real, to make us genuinely care about them and their situation.  Anton Yelchin had something so many people in Hollywood his age lack.

In short, Anton Yelchin was one of the best young actors around, who consistently rose above his material, who had simply so much more to give in his acting career, and to have it lost now is sad beyond words.

His death is truly tragic for many reasons.  We are now robbed of 'what could have been', a great career where we would have seen his talent flower into something wonderful.   His death is tragic because, if early reports are an indication, it was so totally unnecessary.  His car was apparently parked in neutral and left running, and what appears to have happened is that the car rolled down and pinned him to a brick mailbox and security gate, which I figure crushed him to death. 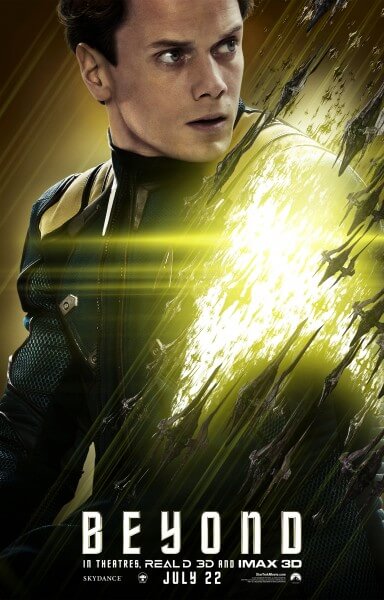 It's these terrible 'if onlys' that push us, prod us, puzzle us, and make us realize that this young man, simply by making a few different choices, might have been preparing for the Star Trek Beyond premiere rather than have his family prepare for his funeral.

His death is tragic because his parents have lost their only child, and the experience of having to bury your child is an intense and painful one.  I have not had to bury a child, but have seen parents who have.  It is so sad, so painful, that those who manage to go on have extraordinary internal strength.  As much as I, someone who never met him but was impressed by him, feels his death, I cannot even imagine what his parents must be going through, particularly his father on Father's Day.

The words of my church pastor, Dr. Larry Lamb, come to mind.  He says we are all one phone call away from having our world turned upside down.  How true that is.

We are not guaranteed tomorrow.

I for one mourn the young man himself, one who by all appearances was not floundering in scandal or self-absorbed tantrums, who appeared to be a nice young man, a nice Jewish boy, a pleasant, professional person.  I mourn for that catalog of great performances that he will not get a chance to give,  that ability to bring characters of all types to life.  I mourn for those Star Trek fans who face the prospect of having Chekov either recast or quietly retired, especially since he was so good in the franchise and was in real-life Russian like the character (albeit he left Russia when he was six months old).

That last aspect, to me, is not as important as the fact that a young man, one with great talent, is dead. I pray that Anton Yelchin is not forgotten: as a man and as the great actor he was.

IN MEMORIAM
Posted by Rick at 4:35 PM