That's No Lady A: Thoughts on Lady Antebellum vs Anita White

Will the REAL Lady A please stand up?

I should start my views with this: I am not a Lady Antebellum* fan. I find them firmly in the "pop-country" style, one where their connection to actual country music is tenuous at best. I'm hard-pressed to think anyone would make a techno remix of Wabash Cannonball. Apart from Need You Now, I would not be able to name a Lady Antebellum song, and I heard that song on the rock station.

Nevertheless, Lady Antebellum is billed as a country act but now they have found themselves in a mess of their own making, and they can thank Black Lives Matter for it.

After the murder of George Floyd by Minneapolis Police officer Derek Chauvin, many elements of American life were reexamined, reevaluated and purged for any suggestion of racism, sometimes to almost oddball levels. Films like Gone With the Wind were removed from streaming services. An episode of The Golden Girls was similarly pulled after accusations of "blackface" (even though said episode, Mixed Blessings, made it clear it was not blackface but a mud-based beauty treatment and was about interracial marriage). Aunt Jemima was removed as a longtime logo. Statues were being pulled down left right and center, though what exactly Don Quixote author Miguel Cervantes, Union General & President Ulysses S. Grant or Frederick Douglass had to do with white supremacy has not been explained.

Which brings us to the Artist Formerly Known as Lady Antebellum. After Floyd's murder the three members of Lady Antebellum: Hillary Scott, Charles Kelley and David Heywood, decided that the word "Antebellum" was "problematic". Despite having performed as "Lady Antebellum" for fourteen years with little controversy and despite having no history of racism or bigotry of any kind, they decided that people would immediately see their name as an endorsement of slavery and see the members themselves as Imperial Wizards of the Ku Klux Klan.

Granted, I'm exaggerating a bit here, but the end result was that the band opted to change their name, in consultation with their "black friends" to disassociate themselves with racism and the "antebellum" South. Thus was born "Lady A".

I am rather cynical about their sudden Great Awokening. First, in those 14 years they apparently never bothered to ask their "black friends" if  the name "Antebellum" bothered them and vice versa. Second, they again have no history of bigotry of any kind, and I think most people (fan and foe alike) would not have attached such things on them. Third, what makes them or their team think people wouldn't connect the "A" with "Antebellum" to begin with? It's not as if they decided the "A" was for "Aragon" or "Arithmetic" or "Amalgamation". It still stands for "Antebellum". Fourth, if Mr. Floyd were still alive they would have kept the name "Lady Antebellum" and no one would have cared.

Their name change, in my view, was a panicked reaction to the unfolding chaos, a textbook example of virtue signaling where they showed they cared about black lives by making a name change, not exactly dropping Woodrow Wilson's name from Princeton University but in a similar vein. Their statement announcing the change reeks with moral self-righteousness and pomposity that is breathless.

"We are deeply sorry for the hurt (the band's name) has caused and for anyone who has felt unsafe, unseen or unvalued" (sic) they waxed poetic before the public that hadn't heard anything from them and perhaps may have escaped attention while statues of St. Junipero Serra were being toppled and people were suggesting The Star-Spangled Banner be replaced as the national anthem with John Lennon's Imagine. I'm not sure any Lady Antebellum fans, even black ones, ever felt "unvalued" while listening to them or paying to see them in concert, but there it is.

Again, the cynic in me thinks that Scott, Kelley and Haywood expected applause and bouquets for their brave and courageous stance, but there was a small hitch to their own statues replacing those of Francis Scott Key. That hitch came in the form of one black female blues singer known as...Lady A. 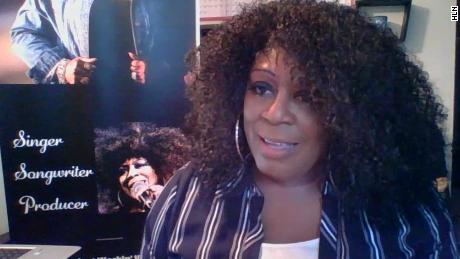 Blues singer Anita White had been performing under the stage name "Lady A" for more than twenty years. How then can there be TWO "Lady A" running around?

It's all most confusing, and I think would make an interesting copyright case if it should go to trial.

As it stands Lady A, the singer, is asking for $10 million from Lady A, the band. You can argue about this being a case of "greed over need", but I have little sympathy for Scott, Kelley and Haywood. They panicked about being associated with racism or perhaps murder despite absolutely no sense of such things. They also wanted to show they were "woke", in league with the overall Black Lives Matter movement, if perhaps not exactly Black Lives Matter the organization (which are not one and the same).

I figure Lady A, the band, expected plaudits and praise from people who probably have never heard their own music, let alone genuine country music. They were going to show what allies they were, and now they've managed to make a right mess of it. Instead of being "allies", they now come across as bullies, persecuting a black artist whom they probably had never heard of, let alone cared about, just so that they can adopt their "new" name at the expense of her "old" name.

This has been a sorry episode all around, one that could have been avoided if Lady A, the band, had opted to just stay "Lady Antebellum". I think only genuine goofballs would think they personally were white supremacists. However, Scott, Kelley and Haywood wanted to show how in tune they were...only to see it blow up in their faces.

Also, frankly who genuinely thinks Lady Antebellum/Lady A/Whatever is either country music or even good music? I suppose to each his/her own...

*As we have a dispute over which is the "real" Lady A, I have to use the former name of Lady Antebellum to distinguish between them and Anita White, who is also Lady A.
Posted by Rick at 6:50 PM