Burton and Taylor: A Review 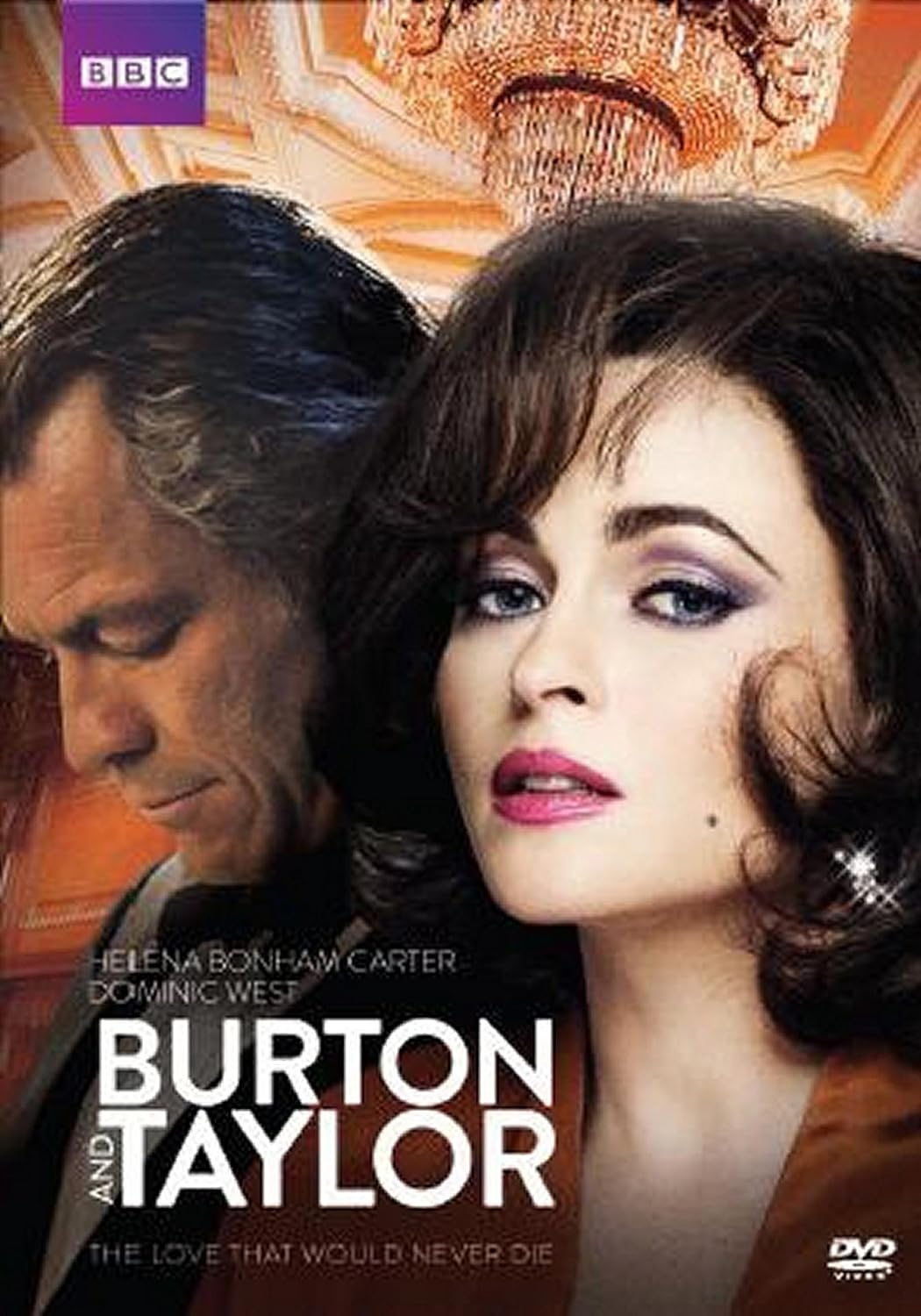 Burton and Taylor, the second television production based on the tempestuous and tumultuous lives of Richard Burton and his second/third wife Elizabeth Taylor, is already steps ahead of Liz & Dick.  First, rather than attempt to give us the entirety of their lives together, Burton and Taylor focuses only on one part, their critically panned, publicly adored revival of Noel Coward's Private Lives.  Second, the female lead in Burton and Taylor (Helena Bonham Carter) is a more respected and established actress than Liz & Dick's Lindsay Lohan.

And she's better overall too.

As a side note, Dominic West is a good actor, but I think so is Grant Bowler, who had the unfortunate fortune to find himself working with LiLo/La Lohan/An Embarrassment to Western Civilization.

As for the production itself, Burton and Taylor has a story that does not mock, ridicule, or humiliate the characters or turn them into parodies.  Instead, we get two individuals who both love and loath themselves and each other, who truly can't live with and can't live without the other.  Burton and Taylor don't caricature Mr. Burton or Miss Taylor, nor does it sanctify them either.  Instead, they come across as talented but troubled people, who don't mean to do harm but end up doing so any.

It is 1983.  Elizabeth Taylor and Richard Burton have been divorced (for the second time) for seven years, but the public was still fascinated with the legendary couple.  Therefore, when they decide to team up for a Broadway run of Private Lives (a comedy about battling exes who meet again while both are on respective honeymoons with their new spouses), it all was simply too tempting to resist.  Box office was spectacular with tickets pre-sold far in advance.

As the cast and crew get ready, La Taylor has a few tricks up her sleeve.  She comes into first rehearsal cold, insisting she 'never reads something until she starts.  This lack of preparation horrifies the professional thespian Burton, for whom 'the theater' is sacrosanct.  He wonders whether Taylor is taking this seriously.  When Private Lives premieres, Taylor is 25 minutes late, having been held up to sign autographs.  However, when she makes her entrance, Taylor gets a standing ovation.

Still, the pressures of how close Private Lives mirrors the Burton/Taylor 'private lives' start wearing at both of them.  Taylor begins to mug for the audience, playing up the similarities between characters and actors.  To the cries of "Keep going, you too," and "We love you, Liz" (a version of audience participation), Taylor blows kisses and seems to be having a grand time.  Burton, who values his reputation as a serious actor and his craft above all else, is furious at this.  Yelling at Taylor and her assistants, he makes his fury clear.  Taylor, in turn, slaps him for his bullying behavior to her entourage.  "I'm unprofessional, but you're rude, which is worse!" she bellows.

To show him up, she becomes 'ill' and can't go on.  When the audience is told Taylor is not coming, the theater all but empties out.  Burton does NOT play to empty theaters, he says.  In his mind, this is a way to show him SHE is the star they are coming to see, not the actual Tony winner.

To show her up, he takes the break Liz's 'indisposition' causes to go to Las Vegas and get married.  Taylor cannot bring herself to fully express just how conflicted she is over the great love in her life now being off the market.

However, by the time his and her theatrics are over with Closing Night, they figure that despite everything, these two will always somehow be in each other's lives, so why not laugh a bit about it all?


Burton and Taylor made one good choice after another.  It first kept its focus on that one point in their lives, when both were available, both had a long history, and both were basically coming to the end.  Burton and Taylor has a couple of flashbacks, but on the whole stays strictly within the run of Private Lives, and so instead of getting a sprawling and chaotic story William Ivory's screenplay is an exercise in restraint (something Burton and Taylor were not).  We don't have to have a great knowledge about their long and stormy/storied love affair to know what kind of people they are.  Taylor's arrival to rehearsal unaware of the script, her lateness with her dogs and parrots in tow, her blowing kisses to the audience and breaking character: that tells us all there is about how Taylor saw both Private Lives and the goings-on: it was both a lark and the signs of a pampered star.  Burton, his need to be the consummate professional onstage, his struggle to maintain his sobriety with this maelstrom whipping all around him equally says enough for someone not aware of the Burton/Taylor affair to know what's what.

Burton and Taylor also made wise casting choices.  I was curious as to how Bonham Carter would handle both Taylor as a person and an American accent in particular.  Bonham Carter (for whom the word 'kooky' would have been created for) does what she does best: give a tremendous performance.  It is the highest compliment to say an actor 'becomes' someone, and Bonham Carter captures Taylor's voice, mannerisms, and persona (both the self-absorption and the fragility) brilliantly.  West is her equal, not just doing a good Richard Burton vocal impersonation (though I doubt anyone will ever really capture his brilliant baritone) but also in his desire to do his best work while it looks like people are coming to see a spectacle, not a play.

What West and Bonham Carter also do is show great respect to these two characters.  They never overplay the more outrageous elements of either Private Lives or their own private lives (there are remarkably few shouting matches or anything resembling exaggerated behavior).  Instead, they seem fully aware that behind the legends and scandals there are two people, a man and a woman, who love each other but are poisonous as well.  Taylor and Burton can't hold on to each other or let go of each other.  They are allowed to be human, such as when they interact with their children or when they are not 'on stage' (Burton complaining loudly that Taylor's rented apartment hasn't got a single book).

The respect West and Bonham Carter have for Burton and Taylor and the respect the characters have for each other is another brilliant move on the production's part.  Twice in Burton and Taylor, Burton tells people that he KNOWS Taylor is a brilliant actress (though sadly, he never tells her that in the telefilm).  It reveals both what he thinks of Taylor as a performer (she's good) and what he thinks of Taylor as a professional (she's bad).

I can't find much to fault Burton and Taylor, except perhaps for some confusion at the end where they are in a hotel room doing exercises (which I figure was a flashback) and for a film that is suppose to take place in 1982-83, there is an odd amount of disco music.  At what is Taylor's 50th birthday party, she danced the night away with Burton to Donna Summer's Love to Love You Baby and Sylvester's You Make Me Feel (Mighty Real).  What, the rights to New Order's Blue Monday (among the greatest songs ever written) weren't available?

Still, minus that Burton and Taylor is well-acted, well-written, well-directed (Richard Laxton doing the honors), and does the legendary figures in the center of this drama right.  Neither crazy or ridiculous, Richard Burton and Elizabeth Taylor came across as troubled, self-absorbed, but ultimately passionate for each other despite their inability to truly be good for each other.