It's all about relationships and marriages on The Americans' episode of Dimebag: marriages falling apart, marriages already apart, and marriages troubled by such things like children.  More than any episode that I've seen so far, Dimebag starts exploring the moral complexities of 'doing the right thing'.  Even something as baptism, the ritual washing of sins to become new, seem almost dangerous and calculated.

Philip Jennings (Matthew Rhys) is now being tasked to cultivate Kimberly Breland (Julia Garner), daughter of a CIA Afghan Group member.  He integrates with her group, even going so far as to get them fake IDs.  It's clear that Kimberly is developing the hots for Philip's false identity, and Philip senses this.  That, and the fact that Kimmie is around Paige's age, must play on his conscious.

Not playing on the conscious of Elizabeth (Keri Russell) is the idea that Paige be recruited to join the family business.  They have a fierce argument involving Paige's birthday gift.  Philip, getting an informal tip from Kimberly and her friends, gets Paige the newest album (it IS 1982) from Yazoo (see previous note).  Elizabeth thought they'd agreed to a necklace.  Philip snaps that the album wasn't a birthday gift, but it really is just the catalyst for another blowup as Philip seethes against the idea of Paige being turned, which Elizabeth is now actively supporting.  As it stands, Paige (Holly Taylor) wants only one thing: to have her hippy/liberal pastor Tim (Kelly AuCoin) and his wife over to dinner.  There, Paige drops a bomb of her own: she wants to get baptized.

This obviously thrills her Communist parents. 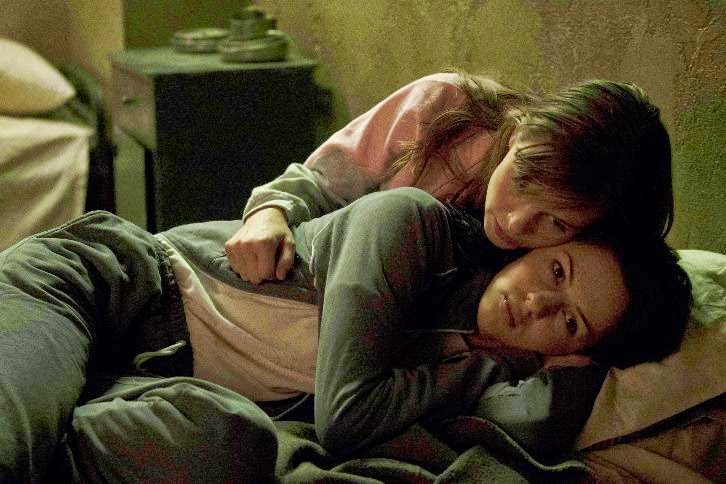 Meanwhile, both FBI Agent Stan Beeman (Noah Emmerich) and his former lover Nina (Annet Mahendru) face problems of their own.  Beeman is growing suspicious of Soviet defector Zinaida (Svetlana Efremova) of being a double agent.  He has nothing but his suspicions towards the Milky Way-loving intellectual, but he can't shake the idea that Zinaida is really dangerous.  He faces more trouble on the home front: finally confessing to his soon-to-be ex-wife Sandra (Susan Misner) of his affair and finding the EST business all nonsense.  Not finding Stan nonsense is Tori (Callie Thorne), a fellow EST attender who obviously has the hots for Stan.  Even Philip, who joins Stan at EST, tells him as much.

Nina for her part has been told that if she can get information out of her cellmate Evi Sneijder (Katja Herbers), the Soviet state may find a way to reduce her sentence from death.  Slowly, Nina opens up to Evi in a calculated plan to have her open up.  It's a desperate gamble to save her life.

Dimebag hits all these great points about morality and family.  Is it moral: for Nina to cultivate an unsuspecting Evi?  For Philip seriously planning a teenage girl's seduction to get her to spy on her own father?  For Elizabeth to turn her own daughter into a KGB operative?  Each character has his/her own reasons for doing/not doing what they think they should, driven by things outside their work.  It's a thrilling thing to see.

It's particularly good of Dimebag to showcase two actors who rarely take the spotlight: Emmerich and Mahendru.  Both of them gave absolutely brilliant performances.  Mahendru's greatest moment in the episode is when she is opening up to Evi.  We figure it's because she sees this as an opportunity to save herself, but Mahendru shows us a deeply wounded vulnerability in Nina, someone who has been beaten up all around and is desperate to survive.  Maybe she is opening up to get Evi's trust, but maybe she's opening up because she needs an outlet.

Emmerich is simply great throughout Dimebag.  When he tells the EST instructor that the entire thing is bull****, he taps into Stan's rage, hurt, confusion, and inability to be vulnerable so openly.  The fact that he gets applause from the cuckoo group lends it a touch of comedy.  He also is excellent when quietly turning down Toni (which I think is a mistake) and when he opens up to Sandra, it just about breaks your heart.

Emmerich even has gets a few funny moments.  We have his EST blowup, but also when he goes after hours to search the diner bathroom for clues about Zinaida's activities.  Earlier, he asks the waitress about the burgers.  "How are the burgers here?", he asks, to which the waitress replies, "Beer."

"That's not a ringing endorsement," he says.

"You want a ringing endorsement or you want to know how the burgers are?", she cracks.

Obviously, I'd avoid the burgers at this joint.

When he does go in to investigate, we get that Stan is intense, but we also get that he is also a bit clumsy.

One of the highlights is how The Americans uses even the most apparently innocuous of period music to heighten the scene.  It did this last season when it used Golden Earring's Twilight Zone in Season Two's finale Echo to great and intense effect.  Who knew they could do something similar with Yazoo's Don't Go?   You'd think this New Wave number would be pretty tame, but not in the hands of The Americans, who make it an intense battle of wills between Elizabeth and Philip for their daughter's future (especially since Philip is an unabashed fan of country music, as deeply Reaganesque as a genre can get).

It works because we can imagine that the music is coming from Paige's album, but it fits within the entire scene of Stan in his desperate hunt for evidence against Zinaida.  It's so brilliant and tense.

As I make my effort to catch up with all The Americans episodes, I found Dimebag continues the excellent quality the series has created.  Truly, The Americans is one of the best shows on television, its combination of action, espionage, and human tragedy creating a fascinating story that draws you in and causes you to almost empathize with two Soviet agents.

Almost.  I DO remember Ronald Reagan, you know...