The Avengers: A Second Look 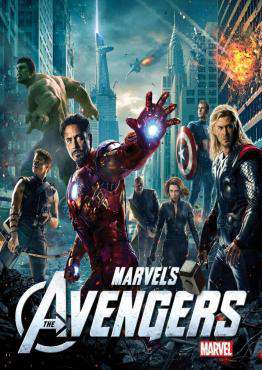 Thanks again to James the Movie Reviewer (my Number One Fan by default, given he's my only fan) for the suggestion.

When I looked at the films of 2012, The Avengers was not in my Top Ten Films of the Year.

The Avengers was not in my Top Twenty Films of the Year.

The Avengers was in my Top Twenty-Five Films of the Year...at Number Twenty-Four.

In a year that gave us Argo, The Life of Pi, Zero Dark Thirty, and The Sessions, could I really put The Avengers above any of them, let alone ALL of them?

The curious thing about The Avengers is that I was quite enthusiastic about it.  I thought it was a very good movie, but I also thought it was rather long and perhaps too self-referential.  One thing I didn't think The Avengers was was the Citizen Kane of comic book adaptations, the greatest comic book film of all time.  I still think Superman: The Movie holds that distinction.

This isn't to say The Avengers was in any way terrible (though I still have a few hang-ups about it).  However, given just how beloved the film is, I was asked if perhaps I was underselling it a bit.  Perhaps it does deserve to be ranked with Superman or Batman or Spider-Man as among the best of all time, a true masterpiece.  I think the beef is not that I didn't like it (which I did).  It's that I didn't like it enough.  More than one person has told me how wrong I was to not rank it higher, to accept that in terms of comic-book films, The Avengers is among if not the greatest of all time.

I saw a bit of it while at the gym one day and was reminded how good The Avengers was.  However, that was just about a half-hour's worth of viewing and it was in the middle of the movie, not straight from the beginning.  Would reencountering it again after so many years remake my own thinking of the film?  Would I be able to sit through nearly two-and-a-half hours of explosions and characters whom I remembered with varying degrees of certainty?  Now, with me about to watch The Avengers: Age of Ultron, I figured it would be fine time to revisit The Avengers and see if my views have changed. 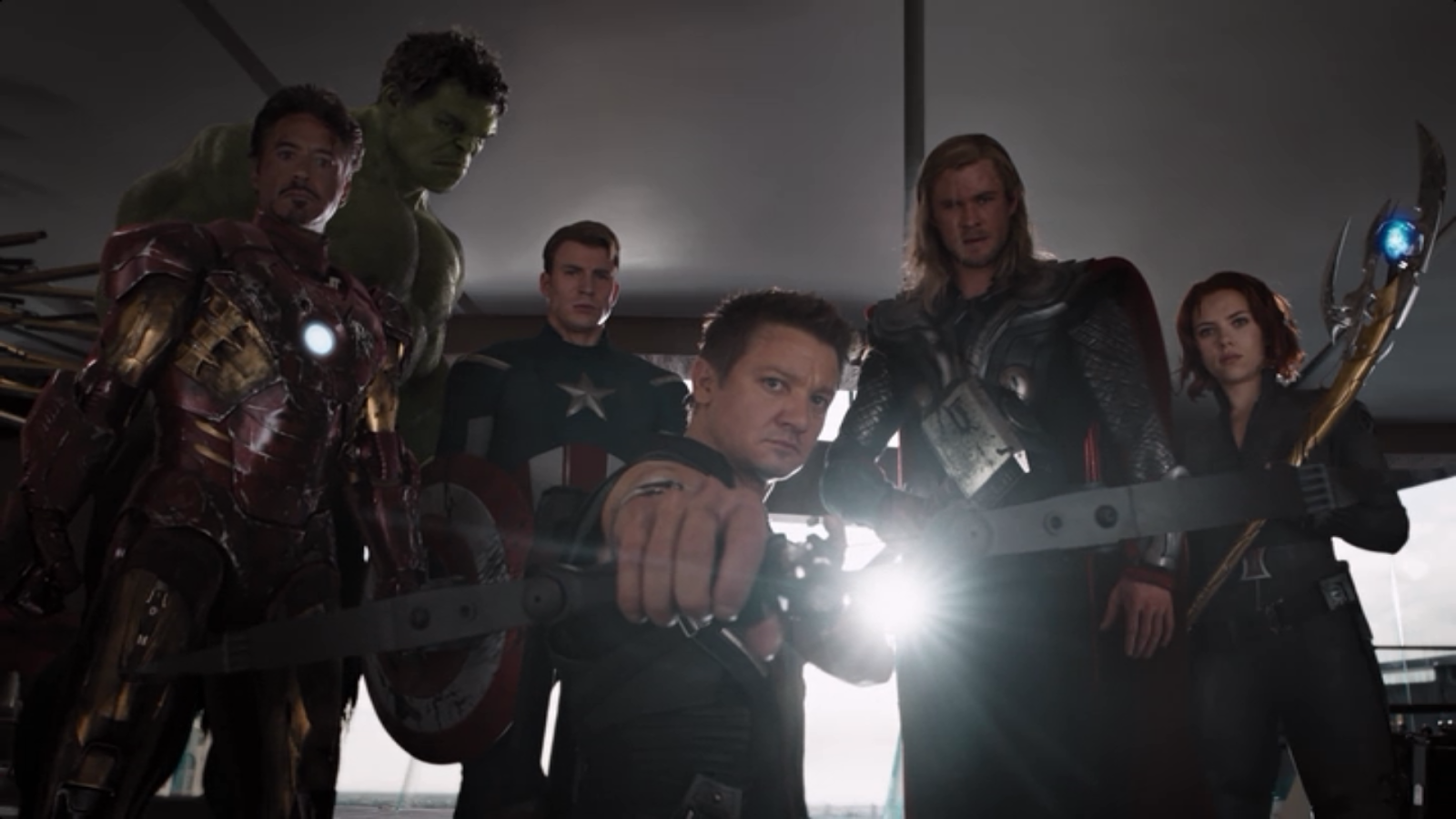 As I rewatched The Avengers, I first dismissed what had been a criticism of mine: people would get lost.  I figure if you hadn't taken the time to watch any of the Marvel films, you weren't going to be leaping at the chance to watch The Avengers.  In short, The Avengers expects you to have some knowledge of what came before.  For good or bad, you should know some of the characters by the time you get to The Avengers.

However, that brings me to something that I didn't think of the first time I saw it.  Again, for better or worse, people have pretty much forgotten The Incredible Hulk with Edward Norton as the Hulk (and let's not even get into the Eric Bana/Ang Lee Hulk).  As such, if you'd skipped it, would having Mark Ruffalo's version essentially making a second debut be an issue?   I found it curious that in The Avengers, we basically were introduced to Bruce Banner/The Hulk without it being a big problem.  In fact, perhaps we could really skip The Incredible Hulk and consider The Avengers the debut of our Big Mean Green (a little UNT reference there).

That doesn't take away from the fact that The Avengers essentially serves as a full introduction to Hawkeye.  Apart from a cameo in Thor (one that threw me so off I asked the person next to me, 'What's Jeremy Renner doing in this?'), has he played a major role in the Marvel Universe?  Same goes for Scarlett Johansson's Black Widow (and did we really have to see her for the first time being held hostage and slapped around?  I don't think Agent Carter would have stood for that!)

Finally, let's get to the whole 'Loki taken prisoner' thing.  OK, by now this has become a cliché that it amazes me people still think its original.  When someone is being held prisoner in the middle of the film, we know they want to get captured to make a more spectacular exit. This doesn't take away from the brilliance of The Avengers.  A second viewing clearly shows that Joss Whedon did an incredible job balancing so much not just in terms of characters (giving everyone at least one moment) but also between action and even comedy.  The best scene in my view is when Loki is about to give another one of his grandiose monologues about his own greatness and the failure of the puny humans when the Hulk just grabs him by the legs and thrashes him around, leaving the Asgardian so stunned he can only whimper in total shock at the end.

I also still feel the emotion when Agent Coulson (who has always been my favorite Marvel character) is stabbed.  I still hold Clark Gregg should have been a Best Supporting Actor nominee for the role.  Alas, people rarely get nods, let alone wins, for comic-book based films.  Curiously, the last time I can think of when a comic-book based film received major Oscar recognition was in 1931!  The film, Skippy, based on a comic strip, earned four Academy Award nominations, including Best Picture and Jackie Cooper for Best Actor (making him, at age nine, the youngest Best Actor nominee in Academy history), and won Best Director.

When did the Academy turn so snobbish?

So, let's go over The Avengers.  Is a great film?  Yes.  Does it deserve great praise?  Yes.  HOWEVER, I still feel a little removed from it because I'm not as well-versed in Marvel lore as others.  Even after having watched all the Marvel movies (even The Incredible Hulk), I would have absolutely no idea who the villain popping up at the end would be.  Perhaps it doesn't matter that I know who he is or even if the Marvel fans know who he is.  It's just a teaser for something else.  Whether it is for something greater or not I cannot say.  I don't want to think of The Avengers or any other Marvel film as just a two-hour-plus trailer for something else.

Ultimately, I can see myself giving The Avengers a more modified bump up, but not to the lofty heights of Superman or Spider-Man or Batman.  It actually is coming in fast & furious to join their ranks, and it really comes really close.  However, while the other ones were at least self-contained, The Avengers, being part of this grand epic, still is a bit separate for me.  At least, in retrospect, it IS better than Les Miserables.

REEVALUATED DECISION: B+
Posted by Rick at 7:00 AM