By the time The Wind rolled around (no pun intended), silent films were on their final days.  The Jazz Singer, though technically speaking a part-talkie, so shook Hollywood that all the studios began rushing towards making all-talkies, all the time.  As a result, many silent films were either reconverted to sound, but more troubling, thought as waste, unworthy of preserving.  There are many reasons why we have very few silent films still around.  Part of it is due to the film stock of the time, which was extremely flammable.  Part of it was because few studios (MGM being the rare exception) cared to keep copies of what was no longer acceptable.  Therefore, silent films, now passe, were thought of as having no value.  Mores the pity, since silent films, at least the ones we have today, have extraordinary art and beauty to them.

Letty (Lillian Gish) comes from Virginia to the dusty Texas west (by my guess, West Texas).  She is going to live with her cousin Beverly (Edward Earle) and his family, and on the way there she meets up with Wirt Roddy (Montagu Love).  He's oozing charm but the naïve, innocent Letty takes no notice.  On the wind-swept ranch, the pretty Letty incurs the jealousy of Cora (Dorothy Cumming), Beverly's wife.  Letty also attracts the attention of two suitors: the comical Sourdough (William Orlamond) and the rough but tender Lige (Lars Hanson).  She is pretty smitten with Roddy, but when Cora pushes her to go with him...or else, Letty discovers Roddy's married.  Heartbroken, Letty wonders where she'll stay with the bitter Cora insisting she leave their home.  She tells Letty she's got to accept the marriage proposal of either Sourdough or Lige.  She opts for Lige.

Lige is first thrilled to have Letty, but she makes it clear she doesn't love him.  Hurt and angry, Lige tells her he'll save enough money to send her away.  However, there's the issue with the Northern, a particularly strong windstorm that is wreaking havoc across the countryside.  Letty is left alone for some time while Lige and the other men of the area attempt to herd the horses, but to their home comes an ill man.  It turns out it's Roddy.  Roddy, still as oily as ever, takes advantage of the situation (it is implied, but never overtly stated, that Roddy rapes Letty).  This, and the fierceness of the dust storm, are driving Letty insane.  Her mind already weak, when Roddy urges and threatens to take her away she kills him.  This final act seem to completely push Letty over the edge.  She buries him in the dust, but soon sees his body being uncovered.

Or does she?  Is it in her mind?  There is no way to be sure, given how the circumstances have pushed Letty's mind to disintegrate.  At the end though, Lige comes back, coolly tells her that the sand covers a multitude of sins, and Letty embraces the wind she fears...and Lige, whom she realizes she does love. 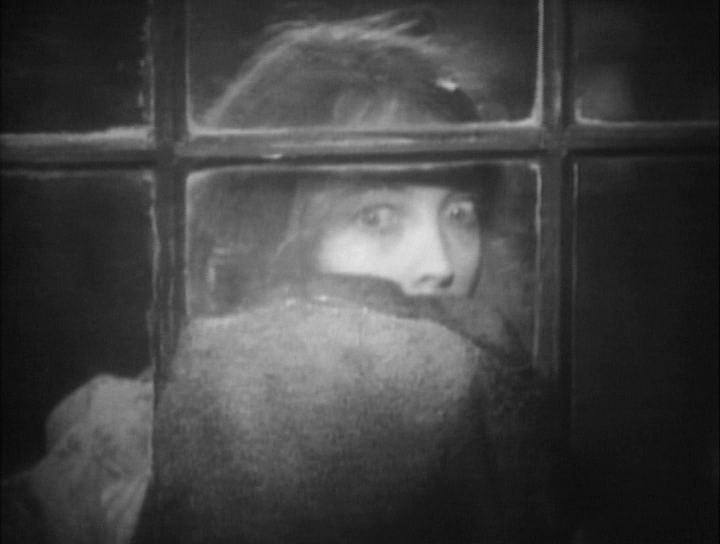 I know that Gish always hated the forced happy ending.  In the original novel and screenplay, Letty, so driven by madness, wanders into the fierce windstorm, disappearing into the tormenting winds forever.  In fact, that was the original ending to The Wind, but the MGM executives objected to it, feeling the downbeat ending wouldn't go over with audiences.  Over the objections of both Gish and director Victor Seastrom, they reshot the ending to make the ending more upbeat and hopeful.

Personally, I don't see anything wrong with the happy ending, apart from perhaps a sense that it was a bit overdone, as if no one believed in it.  Apart from that I don't think the ending we have to The Wind ruins the picture (although perhaps if The Wind had kept its original ending, it would have been more powerful than it already is).

Lillian Gish proves one thing: Sunset Boulevard was right--they didn't need voices; they had FACES.  The Wind is one of Gish's greatest performances (and I think, one of the greatest performances ever in silent film). Gish shows us in her performance what a truly great actress she was, for she communicates so much with just her face, particularly with her eyes, her beautiful, wide, expressive eyes.

Gish's performance in The Wind as Letty descends into madness is the equal to Vivien Leigh's Blanche Dubois' slow mental crumbling in A Streetcar Named Desire.   I have no problem putting the sinking of Letty's mind up there with Ophelia's mad scene from Hamlet.  Everything is told in her eyes and her body movement.  There isn't a moment when Gish is 'overacting' or giving the stereotypical broad and overblown performance attributed to silent film.

Even in her insanity, Gish is actually more subtle than most people playing crazy in today's films.  I think Gish's performance showing insanity in The Wind is better than that of Heath Ledger in The Dark Knight or Daniel Day-Lewis in There Will Be Blood.   I think that has to do with the fact that Gish expresses it with her eyes, not in a 'wild-eyed' style but in a 'I'm no longer sure of what I see before me' style.  It makes Letty's madness more frightening, and Gish's performance simply more astonishing and brilliant. Her performance is helped immeasurably by Seastrom's visual style.  When she is slipping into lunacy, we see both the world spinning and rocking, the out-of-control world Letty has entered.  The blending of her descent with the idea of the Northern storm as this ghost horse stamping into the world is simply astonishing.

Finally, Carl Davis' original score to The Wind is equally brilliant, lending both the gentle and dramatic parts of the film greater power.

The Wind is a film that actors should study to see how to play insane without being so wild and out-of-control (with Vivien Leigh in A Streetcar Named Desire being the sound equivalent).  Breathtaking visually, with an absolutely stunning performance from Lillian Gish, The Wind is a most fitting swan song to silent films.  It's a shame that silent films died out as they did when they did.  Judging by The Wind, it looked like people were really getting right, until audiences demanded films that had voices too.  Fortunately, Lillian Gish had a very good voice, but when you are blessed with a face such as hers... 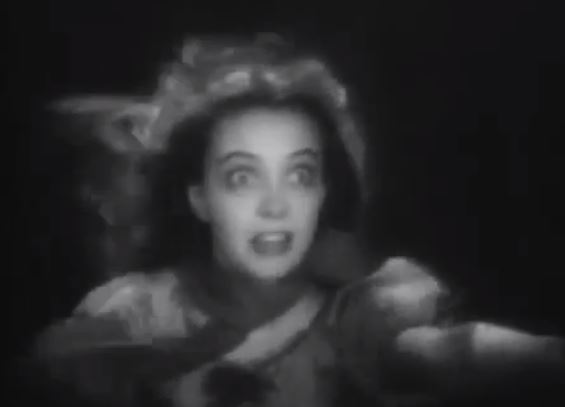