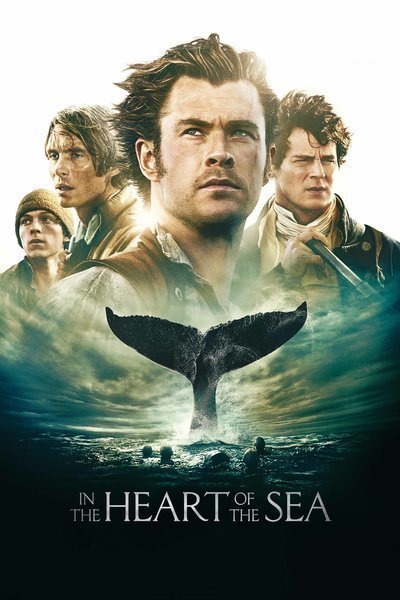 IN THE HEART OF THE SEA

I have not had the privilege of reading Moby-Dick; however, if In the Heart of the Sea, the film based on the incident that inspired Herman Melville's classic, is accurate, then it must be one of the dullest book ever written.  Few films have gone out of their way to be so lifeless, so dry, so uninteresting, dragging what could and should have been a fascinating story into something that if I had paid to see, I would have walked out.  In the Heart of the Sea I think wants to be epic, but it gets in its own way.

The main story involves the 'conflict' on the Essex, a whaling ship.  The antagonists are the haughty but inexperienced Captain George Pollard (Benjamin Walker) and the first mate, Owen Chase (Thor...I mean, Chris Hemsworth).  Chase is already angry because despite the promise of the whaling company, he was not made Captain.  Adding fire to his wrath is that Pollard was chosen due to his family connections than for his sailing skills.

All this is told to a young Herman Melville (Ben Whishaw) by 'the last living survivor' of the Essex, Thomas Nickerson (Brendan Glesson), in flashbacks, where Tom Holland played the young cabin boy. 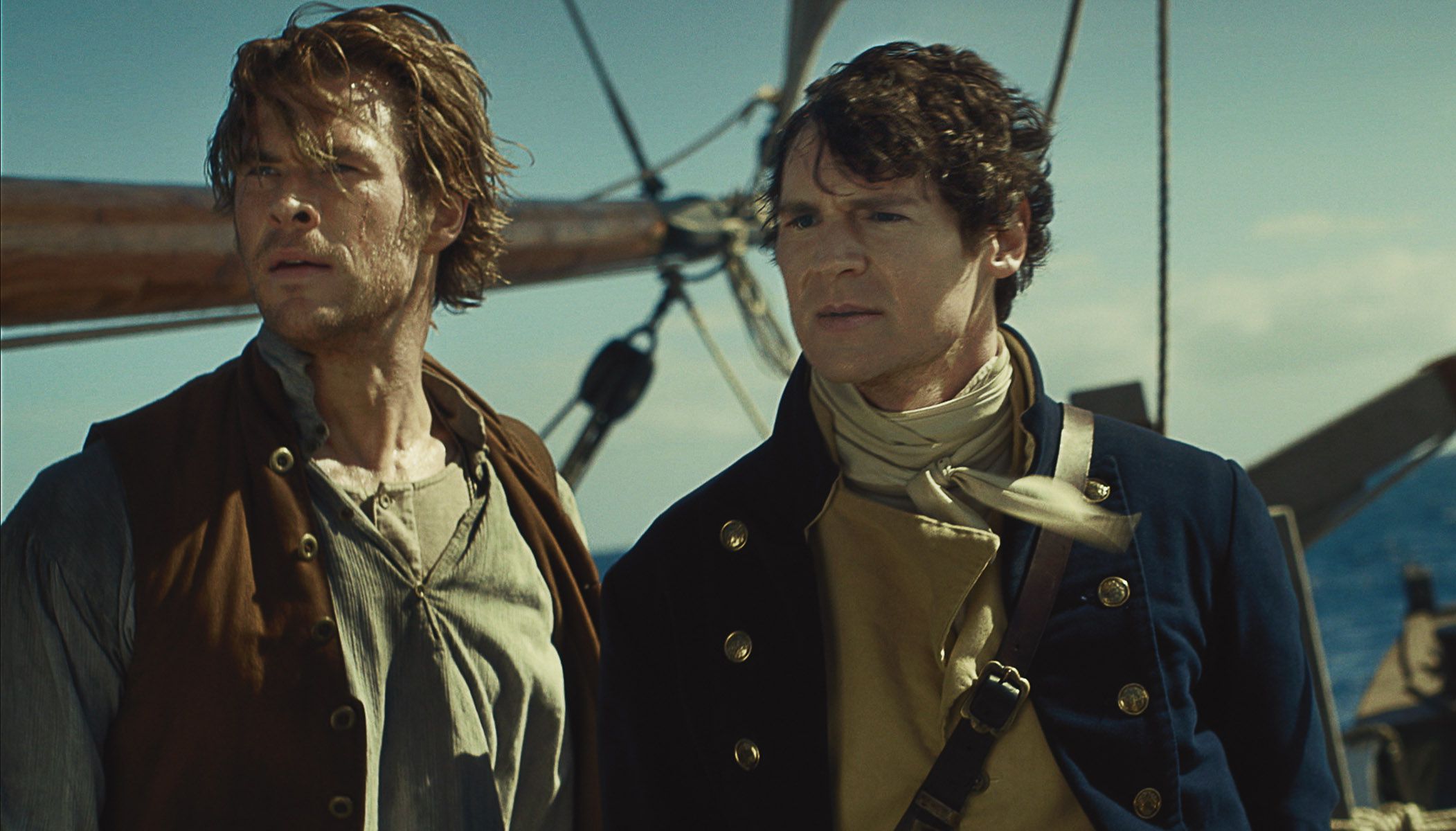 Maybe there was pressure, internal or external, on director Ron Howard to make 'an Oscar picture', something GRAND and IMPOSING.  What he ended up was something shockingly boring.  I mean B-O-R-I-N-G!  Many times during In the Heart of the Sea I felt almost goaded into falling asleep.  I don't think I've been as bored in a film.

I think the biggest problem is the Howard and screenwriter Charles Leavitt (adapting the Nathaniel Philbrick nonfiction book, with the story by Leavitt, Rick Jaffa and Amanda Silver) never gave the audience anyone or anything to care about.  There is a dryness In the Heart of the Sea that makes it a slog to get through.  The dialogue in the film sounded too much like dialogue and not like real things real people would say to each other.

Howard gave us a tease about what is suppose to be this epic struggle between Pollard and Chase, but apart from a few moments (particularly a scene that takes place in a squall) there isn't much of a real battle of titans.  Instead, Walker and Hemsworth don't appear to even be in the same movie, both actors failing to connect to either their characters or each other in conveying real antagonism.

Oddly, Walker was more believable as a vampire-slaying Abraham Lincoln than he was as an uppity captain.  We get exactly ONE scene where we are suppose to get that Pollard should/would look down on the working-class Chase, and those were the 'words of wisdom' from his father.  This briefest of moments make Pollard come across as both weak and stupid, not snobbish or haughty.  His determination to sail into the squall doesn't look like anything: either a sign of Pollard's foolishness or naïvete.  Instead, it just comes across as something he has to get across.

As for Hemsworth, with his still-strong Australian accent and gruff voice coming through, I am not convinced that he is a.) an actor or b.) a star.  His Chase was no better: all stiff and dull.  Hemsworth made Chase into a figure who was there, not someone the crew could really rally around.

I think a lot of In The Heart of the Sea's issues stem from a curious detachment from everything.  The squall sequence for example, should be exciting and tense, but it comes across as remote, dull.  Same for the endless days the Essex crew were bobbing up and down the ocean.  We learn it was 34 days before they saw land, and by goodness was Howard determined to make us feel all 34 days.

Having the flashbacks interrupted with the Melville/Nickerson story did not help.  We were taken out of an already dull story to see an equally dull story.  It's a disaster when you have two boring stories battling it out for our attention.

It is hard to judge other performances given how either brief they were or how we never got a central character.  Ostensibly Nickerson's story, for long stretches neither Holland or Gleeson had much role in the film.  For the life of me I don't know who or what Cillian Murphy was suppose to be (I might have been asleep at that point).

There just is something rote, empty, hollow about In the Heart of the Sea.  Action that has none, weak performances (sorry, Thor...stick to swinging the hammer), and a story that sails into oblivion, this film sinks.

There is something sad about watching a film where one writes in the notes, in caps, PLEASE COME TO AN END!