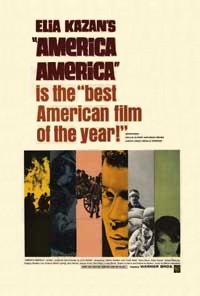 If there is one thing that one should know about America America before seeing it, it is that it is very, very long. Running close to three hours, America America can tire a viewer to where I would recommend creating an intermission. Elia Kazan's ode to his uncle's journey to the New World is a love letter to his past with a dynamic central performance.

With narration at the beginning and end of the film by Kazan himself, America America recounts the early life of Stavros Topouzoglou (Stathis Giallelis). Ethnically Greek, he and his family live in Ottoman Turk-controlled Anatolia (modern-day Turkey). Seeing his Armenian friend killed and realizing life for Greeks is not all that much better under the Ottomans, it is reluctantly decided that as the oldest male, Stavros must go to Constantinople (present-day Istanbul) to set up the family there via an uncle who has a carpet shop there.

Stavros, however, has other ideas. While he goes to Constantinople, suffering many misfortunes, he dreams of going somewhere else: America. He falls out with his Uncle Isaac (Harry Davis) quickly after it is suggested he use his handsome face and charming smile to wed a plain daughter to any wealthy man desperate for an heir. His hard work fails to get him the money for the steerage, and in desperation returns to Uncle Isaac.

Isaac takes him in and Stavros appears to agree to the plan of a financially beneficial marriage. However, it is all a scam to get the dowry as payment for the voyage. Stavros, by chance, also reencounters Hohannes (Gregory Rozakis), an Armenian he had helped when he began his long journey. Hohannes did not have to prostitute himself to get passage. He is being sponsored along with other men for labor.

At last at sea, an onboard affair threatens to derail Stavros' plans. Hohannes, however, comes through and pays his debt to Stavros, who now at last emerges on Ellis Island as "Joe Arness". He is now able to slowly bring his family to America, America. 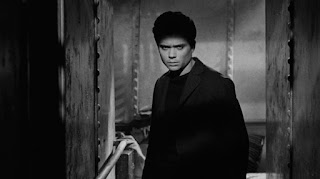 America America (the name deriving from the nickname Stavros got from his fellow dockworkers' mocking his constant proclamations of "America, America") has a very important issue: length. It is close to three hours, with surprisingly few montages (I can remember only one, when Stavros was on the docks and starving). I think that can exhaust the viewer.

This might be from Kazan loving the project too much and wanting to include everything his uncle wen through. However, America America should be a moving film, not a documentary. The very lengthy segment where Stavros is essentially hoodwinked into losing everything on this way to Constantinople seemed endless. We get foreshadowing when the fellow traveler tells him, "Everything I have is yours and what is yours is mine". I instantly thought that this would not end well.

Stavros' affair with the older woman who helps him when they sail to America too seemed to add to the length. If one watches America America, I recommend having an informal intermission when Stavros reaches Constantinople. It seems a good place to stop given that America America feels like two films put together.

The length of America America: the long setup, the longer journey from the village to Constantinople, the reluctant romancing of the wealthy but plain Thomna (Linda Marsh) and the sea voyage all conspire to make America America a long viewing. However, there are some fine elements in the film. 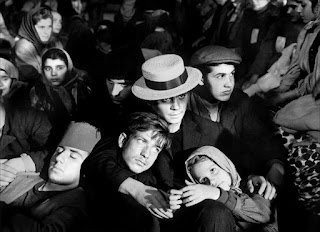 At the top of the list is Stathis Giallelis as Stavros. He has a handsome but dangerous face, someone who can be charming but also intensely menacing. There's an intensity to Giallelis' performance: one that suggests that seething anger at the world and ferocity to break into his own.

It seems that even when he appears happy, Stavros has some lurking anger underneath. Giallelis holds your attention with that mix of charm and anger, naivete and arrogance. It is an exceptional performance.

The film also shows Kazan with a strong hand in creating subtle character comments. Early on, he is told to "kiss his father's hand" as a sign of respect for having associated with Armenians and causing the family to worry. Later on, when his father had to essentially crawl to the Ottoman city officials to get Stavros back, Stavros sees his father having to do the same to the official. Stavros had been arrested with the few surviving Armenians after the Ottoman Turks burned them in their church, with only him being Greek saving him.

Another moment is when he, somewhat reluctantly, lets go of the fez he's had since leaving his village. Later on, the maid of his older lover hurriedly gives Stavros the one thing he wanted to wear in the New World: a straw hat, the symbol to him of his new life as a successful American.

My biggest difficulty with America America is that punishing length. However, I think in particular immigrants will relate to this story of one man determined to get to a new world that offers a new beginning. The further one is separate from his or her roots might make one less inclined to view America America. I think though, the film is not to be enjoyed or endured. It is to be seen for what it is: a thank you from an American to that distant ancestor who took that first step to get him where he is now.