Spider-Man vs. Amazing Spider-Man: A Comparison 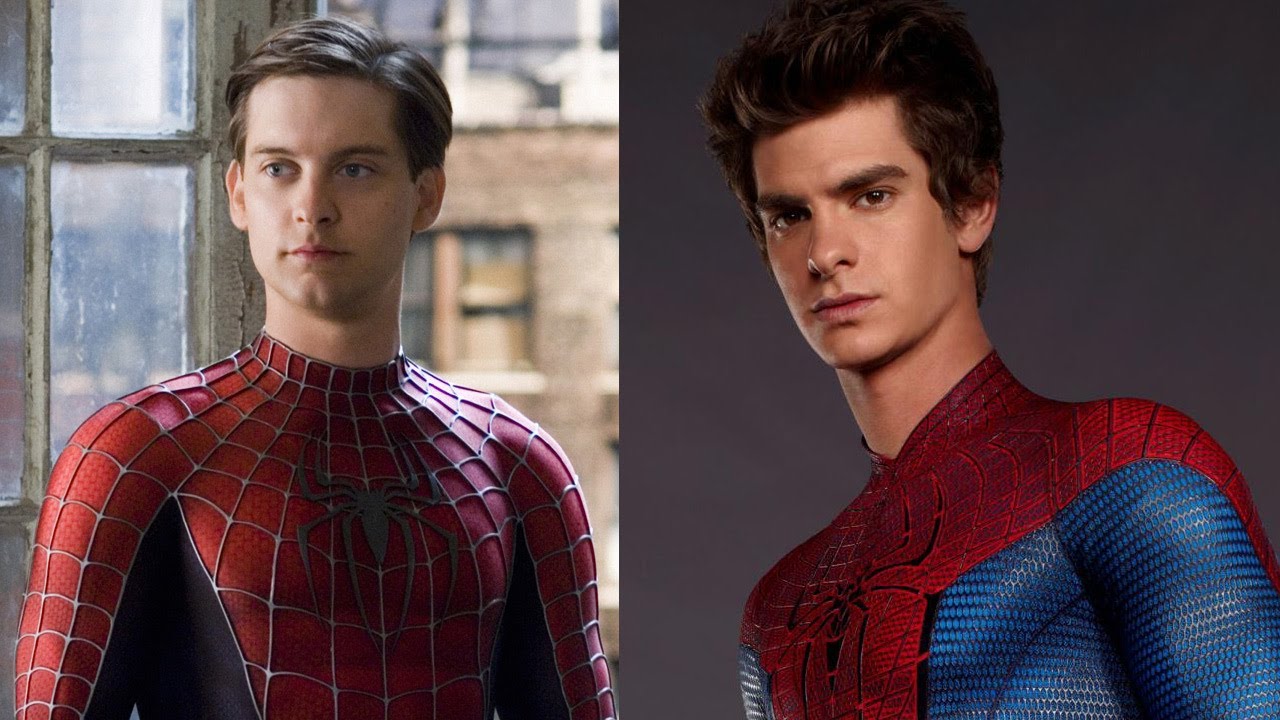 Reboots, remakes, re-imaginings--whatever you want to call them, they are a tricky business.  You have to do one of two things: either start from scratch or build on what's come before.  In the case of our friendly neighborhood Spider-Man, it was decided to start at the very beginning.  The Amazing Spider-Man can be referred to as a reboot (a film that is suppose to start from the beginning with no reference to the original, a fresh start), but given how it is structured, it should be called a remake (making a different version of the same film).  I say this because there were simply too many similarities between TASM and 2002's Spider-Man for it to be really considered a whole new take on the story of Spidey's birth.

Given that the first one was only ten years ago, people have flocked and appear to love The Amazing Spider-Man.  It had its good points, and its not good points.  With that, let's go over the comparisons.

I have always felt that both of them were perfect for the role.  Maguire got the insecure science nerd down, and the fact that he is of small stature (5'9" I understand, though he might be a little shorter) helped make the transformation from the nerd to the hero so believable.  However, Maguire never actually showed how Peter Parker was this science genius.  I lay the blame on the script, but with TASM, Garfield not only showed us how he was a bright fellow, but there was an awkwardness, a clumsiness to his Parker that Maguire didn't have.

I imagine that it is because Maguire didn't spend a great deal of time being the awkward teen (he got bitten and physically transformed in about 15 minutes), while even after he gets his own bite, Garfield was still clumsy and unsure of himself.  That gives him a slight edge. 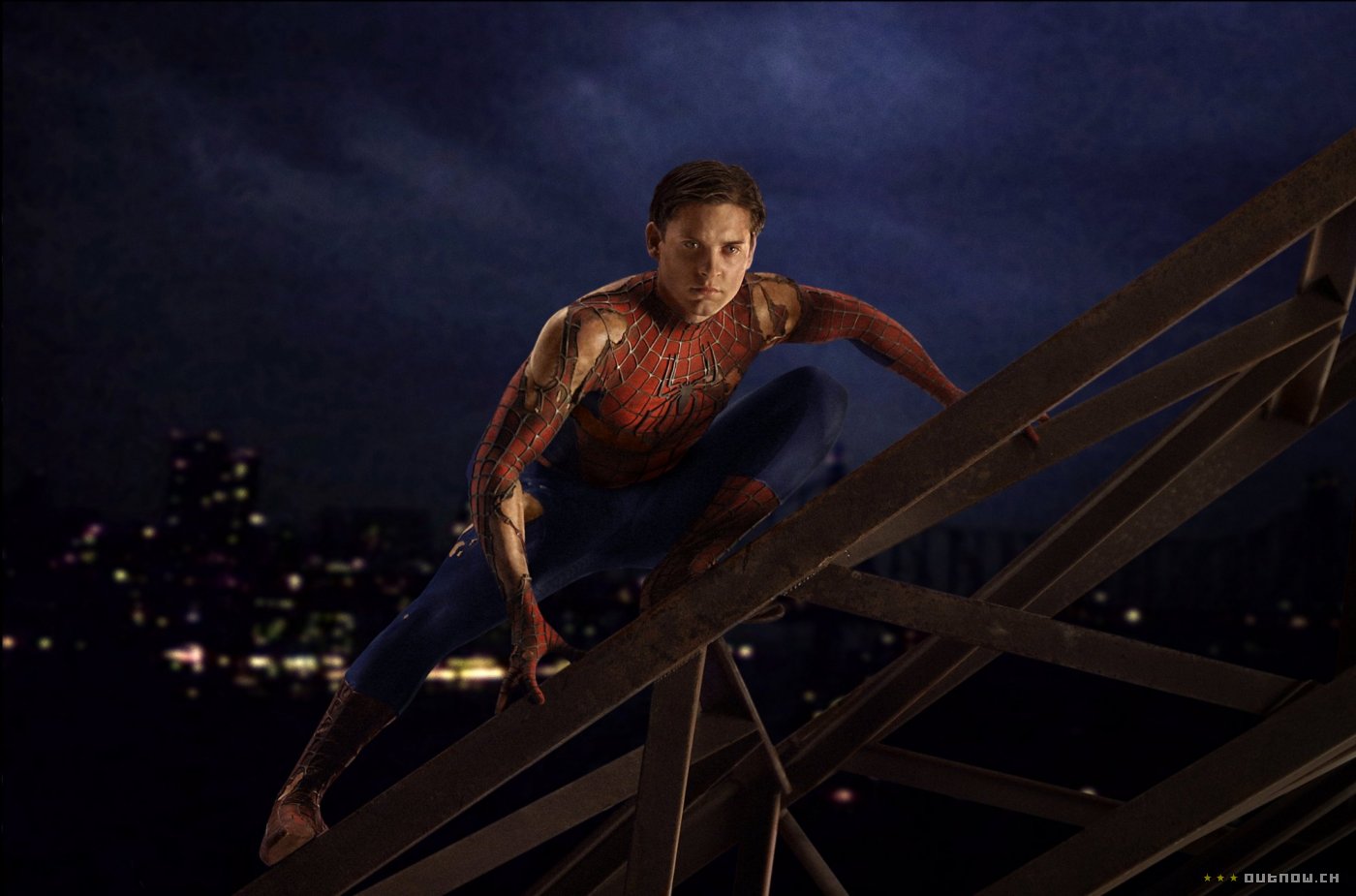 I always say that when an actor is playing a superhero, he really is playing two parts: the superhero and his/her alter ego.  I think both Garfield and Maguire are good Peter Parkers (although I can see the criticism that Maguire always looks half-asleep, but that's the way his eyes look and no fault of his).

Now, while Garfield is the (slightly) better Peter Parker, I am giving the edge to Maguire when it comes to being our friendly neighborhood Spider-Man.  Why?  Well, apart from being Spider-Man on screen longer (and having the decency to be unmasked until the second movie...hint, hint), Maguire actually looked/sounded thrilled to be Spidey.  Garfield's Spider-Man may be closer to the comics of the sarcastic Queens kid (I have no idea having not read comics as a kid) but you can only be a smart-ass up to a point until it becomes slightly annoying.

I admit to thinking better of the happy Spidey than the ironic Spidey.  If I go by that, Maguire has Garfield beat by a few more votes.

This is a close one for me.  I don't know how, when, or why Dunst and Mary Jane Watson started getting hate in the fanboy community.  Dunst is beautiful and talented, and I think her growing from the verbally (and I imagine physically) abused girl next door to a more confident woman/actress (a good choice of a career for a girl who is trying to become something other than what she was) was well performed.

Perhaps my siding for Stone's Stacy has to do more with the fact that Gwen wasn't a ditz (curiously in Spider-Man 3, Gwen was nowhere near as bright as Peter Parker but the fanboys didn't seem to be up in arms about that) but actually smarter than Peter.  In short, Gwen wasn't as reliant as Mary Jane to be rescued at nearly every turn.  Also, unlike M.J. she came from a happy home, a nice change of pace (and perhaps one of the few major alterations TASM made from Spider-Man).

I think both Dunst and Stone should be proud of their work in their films and I love both Gwen Stacy and Mary Jane Watson equally.  However, again a slight edge to Stone.

This one I'm calling a draw...hence why I'm showing one of our favorite cooking icons to represent.  You have two great actors playing a small but pivotal role: that of the loving uncle/father figure whose death is the impetus for Peter taking on the mantle of Spider-Man, hero.  Both played the roles given to them excellently.

Robertson would have the edge in the quotable department (who doesn't know, "With great power, comes great responsibility"), but Sheen actually did what a guardian did: he tore into his nephew when his nephew needed tearing into.  Robertson's Uncle Ben was amazingly forgiving of Peter's absent-mindedness, Sheen's Uncle Ben was not (I can't help speculate whether Sheen was working out his own issues with his son Charlie, but that is something I do not have privy to).

Far too close to declare an out-and-out winner, so I see no need to.

Sally Field can be a great actress (two Oscars, not bad).  However, after watching both films I think this is about the only category in which there is a clear-cut winner, and that is British stage and screen actress Rosemary Harris.

Somehow, I think Sally Field is too young to play Aunt May at 65.  Harris was 74 when she took the role, and she fits more into what Aunt May was to my mind, an elderly lady who would be unaware that her nephew was a superhero (or at least a real one as opposed to one in her eyes).  Given how Field's Aunt May sees Peter beaten up so often one starts to wonder how she doesn't put two and two together.  Harris' Aunt May, on the other hand, does appear to be capable of being in the dark.

I think it is not only because Harris is closer to what Aunt May's age should be, or because she is given a more prominent role in the Spider-Man films, or even that she has a nobility in how Aunt May takes all things and a grace in how she treats everyone (even when she slaps Norman Osborn's hand when he takes a bit of food before saying grace at Thanksgiving she appears classy).  I just think Harris is a stronger actress than Field.

I didn't say better, because Field can be a great actress, but Field is one of those actresses that is only as good as the material.  When the material is weak/lousy or she isn't given much to do, neither does she.  Harris wins it hands down.

Two, as good as Denis Leary was as Captain Stacy, his version of the character isn't all that different from how he performs in a stand-up performance.  If he had played Captain Stacy as a bit of a bumbler or at least less of a tough Nuw Yokaw it would have been a change from how Leary plays any other character.  In short, Leary was doing Leary.

The Green Goblin
The Lizard

One of the problems with TASM is that the antagonist doesn't pose a great challenge to Spidey.  Dr. Curt Connors basically just is (not unlike how Anakin Skywalker has no father, he just was...but that discussion is for another day).  It was almost as if The Lizard was an afterthought.  OK, maybe the fact that Rhys Ifans was in that "Shakespeare really wasn't Shakespeare" crap didn't help matters.  I love Shakespeare and firmly believe William Shakespeare, glover's son, wrote the Shakespearean plays.

Still, that isn't why I went for the Green Goblin over the Lizard.  It is because Willem Dafoe is a great actor that played both the basically decent Norman Osborn and his unhinged id so convincingly.  Now, I am not a big fan of the morally divided villain, preferring my antagonists to be thoroughly aggressive.  However, in Spider-Man we saw how tormented Norman Osborn was.  With Dr. Connors, just a quick injection and off he goes turning into, as Brother Gabe put it, "Godzilla's Mini-Me". 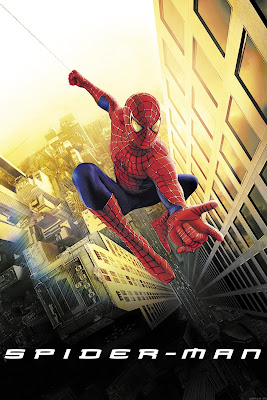 Having seen both Spider-Man and The Amazing Spider-Man, it comes down to a question of legacy.  After ten years, Spider-Man is still thrilling and has aged remarkably well.  I know that most critics hold Spider-Man 2 to be among the greatest comic book films ever made, but I think Spider-Man is the better film of the trilogy.

I don't have anything against The Amazing Spider-Man, but I don't know how well it will hold up ten years from go, should there be a decision to re-reboot the franchise once more.  Spider-Man still thrills, still delights, still hits you emotionally as well as entertainment-wise.  The first time I watched it, I was mesmerized and became a kid again.  Watching it a second time ten years later, I had the same reaction.  I don't think The Amazing Spider-Man will evoke the same reaction that Spider-Man did, at least for me.

The latter was a fun film, the former a well-acted but familiar one.

With that, and mindful that Spider-Man earned a rare A from me (believe me, I don't hand out the title of masterpiece easily) while The Amazing Spider-Man earned a C+ (a good but not great film, entertaining but not overwhelming in mind or spirit), I give the winner of the Spidey match up to 2002's Spider-Man.
Posted by Rick at 9:21 PM