Hanks For The Memory


Few actors are as beloved as Tom Hanks (or as I lovingly call him Mr. Loveable All-American).  There have been endless comparisons to Jimmy Stewart, but I don't accept it.  Apart from the fact that Tom Hanks is his own man, I think Hanks has made a mistake that Stewart didn't: get wrapped up in politics.

This isn't to say that Stewart wasn't political.  He was openly and actively Republican, but like many stars of his generation Stewart never made it a central part of his career.  Another Jimmy (James Cagney) was very much on the left, but one doesn't think of that now.  Likewise with James Stewart.

Stewart performed when he was called to, and the politics (such as support for the Vietnam War and his friend, President Ronald Reagan), were open but not overt.  Liberals can watch James Stewart films and not think about how he disagreed with them.  One doesn't watch Vertigo and think, "this guy's a right-winger".  That was the problem with the few conservatives of Stewart's range and era: both John Wayne and Charlton Heston became far too associated with conservative politics to where the depth of their performances became almost lost.

I suspect the same thing has happened to Tom Hanks.  He went on YouTube to cheer on then-Senator Barack Obama.  That's fine: everyone in Hollywood cheered on then-Senator Obama (although none to my knowledge actually compared him to FDR, Truman, JFK and Reagan BEFORE he won the election).  The praise Hanks lavished on Obama was glowing to say the least, if not downright worshipful.  He compared the transfer of power from President George W. Bush to (he hoped) President-Elect Obama to that of when George Washington was succeeded by John Adams.  He did acknowledge that he was supporting the Democratic candidate because he wanted a President of a country, "that once said people of his skin color counted as 3/5th of a human being".

Nothing like voting for someone to rectify a wrong 200 years gone.

Of course, he did what only Tom Hanks can do: couch it in such a way that it is almost self-deprecating.  He notes that as "an official celebrity", his endorsement would have made up our minds for us (sadly, it might have with some folks, but I digress).  Hanks has used his 'everyman' persona to great effect in his career (hence the James Stewart comparisons), but now he was using it to promote his worldview.

Again, that's fine.  Artists will create worlds which reflect their own thinking.  Hanks, however, went a bit further.  He (and this is speculation on my part) began to see himself as the History Instructor-in-Chief.  He did good by drawing our attention to our World War II veterans with both Saving Private Ryan and Band of Brothers.  HOWEVER, it is when he turned his attention to The Pacific that things began to go awry.

"'The Pacific' is coming out now, where it represents a war that was of racism and terror. And where it seemed as though the only way to complete one of these battles on one of these small specks of rock in the middle of nowhere was to - I'm sorry - kill them all. And, um, does that sound familiar to what we might be going through today? So it's-- is there anything new under the sun? It seems as if history keeps repeating itself."

Thus Spoke Hanks on MSNBC's Morning Joe.   For someone who claims to know much about history and reads it for pleasure, Hanks seemed unaware of a few basics.

America did not go to war with Japan because they were foreign.  It was because of Pearl Harbor.  He could make a point that Americans of Japanese descent were illegally and immorally rounded up during the war (even if FDR did it), but his thinking on the subject was a bit off. Further, again, for a history buff he appears unaware that in World War I, the hatred towards Germans was at the same fierceness at towards the Japanese in WWII.  The Germans were not considered human.  German composers such as Beethoven and Brahms were no longer played.  In Britain, according to Lord Louis Mountbatten, German governesses were insulted in public, and even dachshunds were kicked in the streets.  If Mr. Hanks wants a quick refresher via film, I suggest he check out East of Eden, which touches on the German-phobia. 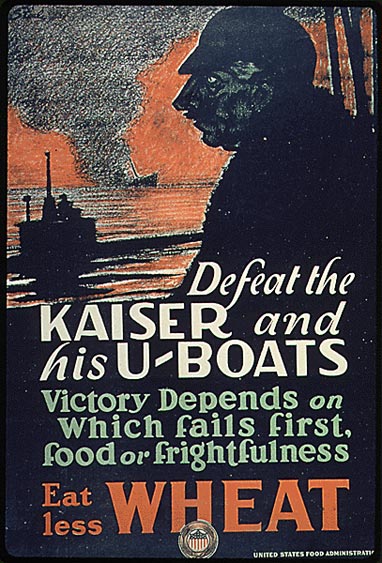 This has gone on every war: were not the British evil in the American Revolution, the Yankees and the Confederates in the Civil War, the Spanish in the Spanish-American War, etc.?  Oddly, thi war is unique in that the enemy is not portrayed as evil.  Sometimes they are portrayed as almost victims with such films as Redacted, or at least a war being fought under false pretenses as in Body of Lies, Lions for Lambs, Rendition or Green Zone.   THAT is a unique historic moment, but that's for another day.

In short, Hanks' idea that we went to war with Japan because we were racist against the Japanese is shockingly ignorant of history.  I think it will be seen as the moment when Tom Hanks went from "Everyman" to "out-of-touch".

This came at a time he could least afford it (metaphorically speaking).  As is the case with many actors, no one stays on top forever.  Ten years ago, he was THE star, someone whom you could bank on, having a long string of hits.  However, I don't think he's gotten anything to where he once was once he went semi-dark in Road to Perdition.

The Ladykillers: flopped (his first major flop commercially and critically).

The DaVinci Code: somewhat flopped (and insulted Christians and Catholics in particular to boot).

Angels & Demons: flopped (see The DaVinci Code for the extra).

All of these films failed either commercially and/or critically.  The spell was broken.  However, I wonder why.

Hanks' talent hasn't changed.  He still can deliver the goods.  As I said, it's a question of changing tastes.  People today now prefer comedies that are raunchier and/or dumber (in the Galifianakis/Ferrell vein), and Tom Hanks doesn't look like he'll be going on a Hangover anytime soon.

Part of it is the material he's chosen.  Larry Crowne (created by his demon child Nia Vardalos) was horrible--it appeared to almost make fun of people struggling through the Great Recession.  EL&IC is a little treacly in how it uses September 11th.   In these cases, I don't think it had to do with Hanks, but he didn't help matters.

Finally, part of it is the political bent he's engaged in.  Having served to get Obama elected, he now has doubled-down (to use a popular term), narrating The Road We've Travelled, a "documentary" about President Obama's first term that even the Washington Post (no right-wing media outlet) labeled "misleading" in regards to how the President portrayed his late mother's health care issues.

Hanks appears so determined to push a particular agenda he doesn't appear interested in how that might alienate any of his fans.

I don't care what his politics are.  I accept those in Hollywood will not follow my advise and stay out of politics unless they themselves run for office.  I just think it's a mistake to put so much focus on trying to get me to vote a certain way and not be a little more selective in the roles he accepts.

Hanks' reputation and legacy are secure.  That is for certain.  Still, I wonder if the loss of his star power has something to do with his new-found political zeal.  Part of it might be.  Part of it is the fact that people want new stars, and a man nearing 60 is facing a limited number of roles he can play.  He can't rely on the smart-aleck but loveable fellow from his early comedies, nor in the middle-aged men facing great crises with grace like in Philadelphia and Forrest Gump.

Hanks still has charm.  He still has a wonderful self-mocking nature that allows us be at ease with him.  Therefore, despite my thinking on it, I still don't understand why he is not the star he once was.  Still, I have not counted him out yet.