The Spectacular Now: A Review

As much as I may detest such phrases, The Spectacular Now is one of the most honest, true, emotional, and brilliant portraits of teen love, with all its joys, pains, flaws, and virtues.  It's one of those films that can make one laugh, cry, and especially move you with its realism and honesty.  Even if our own high school experiences don't match those in The Spectacular Now, the film itself evokes so much truth in it that it is really Every Teen's Story.

In the senior year of high school, 18-year-old Sutter (Miles Teller) is going through life with a quip, a smile, and an unrecognized alcohol problem.  "I'm one hundred percent serious, about not being serious," he tells his ex-girlfriend Cassidy (Brie Larson), and this could be his slogan.  In most other ways, he is a good kid: popular with his classmates and with the clientele at the haberdashery he works at (and where he conceals the booze in a soft drink cup).  Due to the strangest circumstances, Cassidy dumps him and starts going out with Marcus (Dayo Okeniki), class president and football star.  To forget things, Sutter drinks a lot...and wakes up in a front yard with no idea where his car is or how he got there.

At the yard is Aimee (Shailene Woodley), a girl from school who not only knows who Sutter is but knows that he doesn't know who she is.  Aimee is working a paper route for her mother, and Sutter asks to go with her in exchange for helping her out in the route.  It isn't very long before the smart, manga-loving Aimee and the life of the party Sutter stumble into a genuine romance.  While Sutter insists that it isn't a relationship it is clear that both of them are falling in love.

As the year progresses Sutter and Aimee develop a true romance, so much so that while Sutter still on occasion pines for Cassidy, he mostly forgets her.  He and Aimee share many things: her first sexual experience, difficulties with their parents, in particular with their mothers, and more than one sip from a flask.  Sutter gives Aimee a monogrammed flask as a token of his deep affection at prom.

Aimee (off-screen) faces her fear and confronts her mother about going to Philadelphia, where she has both a college and sister waiting for her, rather than continue working the paper route.  However, now it is Sutter's turn to confront his mother and ask for contact with his father.  Sara (Jennifer Jason Leigh) refuses to, so he goes to his sister Holly (Mary Elizabeth Winstead), who has married well.  Holly gives in and Sutter and Aimee meet his father Tommy (Kyle Chandler).  Tommy appears pleased to see his son, but soon his own waywardness and drinking make him forget.

Sutter fears he has seen his future and tries to get rid of Aimee, leading to a shocking moment.  Eventually, Sutter comes to see that he can't live in the now and we end with him taking those steps to enter true manhood, including going to Philly to see Aimee again.

What director James Ponsoldt and co-writers Michael H. Weber and Scott Neustadter (adapting Tim Tharp's novel) have done is create a true and authentic young adult experience without making it clichéd by having the teens either too dumb/horny or too smart.  Many teen-centric films either make the leads obsessed with sex or beings that are far too clever by half. 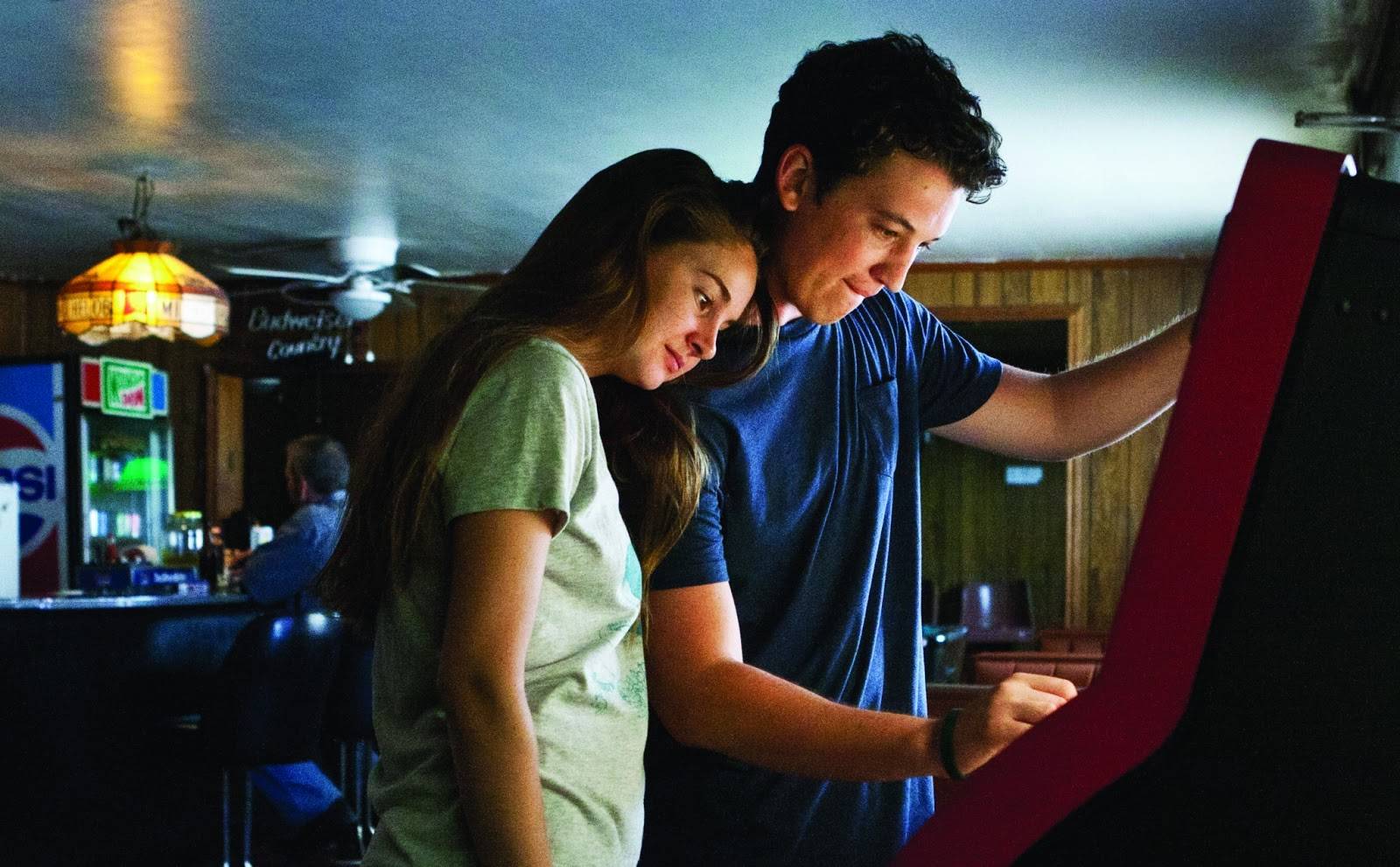 Unlike those films, The Spectacular Now has in Miller and Woodley two leads who behave like real teens.  Sutter and Aimee are not verbally clever, they pause and hesitate and have embarrassed giggles when speaking.  Their troubles, their joys are those of many teens, and more importantly, these two kids are both relate- able and quite good kids.  They are not perfect, they are not either bad or wholesome.  What they are is flawed, searching to find their place, and learning that growing up is hard as they navigate to adulthood.

Ponsoldt keeps things very simple.  There is no flash in The Spectacular Now, no great 'aha' moments where any of the characters have an instant realization.  Ponsoldt films things in an almost documentary-like style, where we come across these two kids in their growing relationship.  We see even in minor characters, like Marcus, that teens can be what they are: a little insecure about where they fit in as the work out what they will be.

In one point, Marcus confronts Sutter about his continued friendship with Cassidy.  Sutter talks him out of an actual fight, but expresses surprise that someone like Marcus: much smarter, better looking, and more successful in school, could be so concerned about Sutter.  As Marcus leaves the store, he tells Sutter that he isn't the joke everyone else thinks he is.

In terms of performances, it is impossible not to see Woodley and imagine how she could NOT receive the Best Actress Oscar (or at least a nomination) for her performance.  Aimee is a sweet girl, bright but hesitant about her appeal to boys.  Her journey from her shell to growing into a woman mentally and physically is a beautiful portrayal of a teen's evolution.  Her scene when Sutter tries to dump her after the disastrous encounter with his father is absolutely heartbreaking, not just for him (who has had all his illusions about his father broken) but for her, who wants to comfort him but instead is being pushed out in every way.

The same goes for Miller as Sutter.  It is clear he is a functioning alcoholic, but we also see that at heart he is a good boy who uses alcohol and his easy-going manner to mask his fears and insecurities.  When his employer Dan (Bob Odenkirk) tells him he would love to keep him on at the job but that he can't come to work loaded or even buzzed, Sutter tells him he knows that he can't give him that promise.  When saying good-bye, Dan tells him that if he were his father, this would be where he would give him a lecture.  Sutter replies that if Dan had been his father, he wouldn't have to give him a lecture.  It's a beautiful moment, one that is truthful and tells us so much about how Sutter went wrong but can still be righted.

Together, Miller and Woodley make not just a beautiful team but give two great performance that one hopes will be remembered when handing out acting prizes.  They show these characters to be good kids, normal kids, who grow emotionally to become better adults.

The Spectacular Now is the type of film future generations will watch and relate to, as if someone captured the promise and pitfalls of their teen years and made a story just for them, about them, that speaks to them.