You Find Some, You Lose Some. 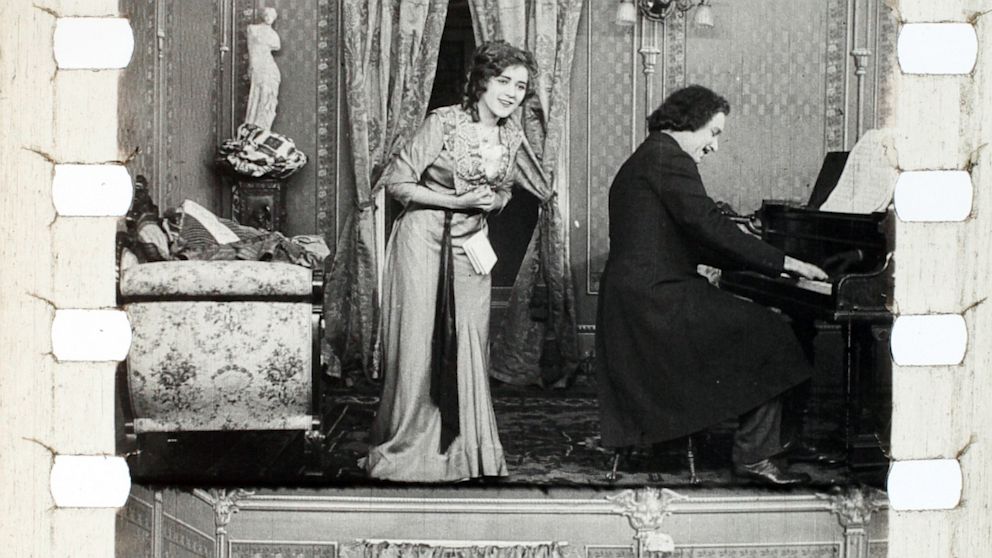 In the "THIS IS GREAT NEWS FOR FILM LOVERS" department, a previously-lost Mary Pickford film has been rediscovered.  Their First Misunderstanding, the first film to put Pickford's name in the advertising (rather than just being "The Girl With the Golden Curls" or "The Biograph Girl") was discovered in a New Hampshire barn and is being restored.

I for one am very excited about this, as I am whenever any previously-lost film or television episode is found.  Such was the case for Metropolis, the silent epic that set the standard for almost all futuristic dystopian films (if you ever see Blade Runner, it is clear Ridley Scott owes so much to Fritz Lang's visionary feature).  My friend Fidel Gomez, Jr. (who may or may not be dead) and I were almost giddy with glee that a 99% complete copy had been rediscovered in Argentina (sadly, a few minutes of this print were beyond repair, but we now have the film as close as possible to how it premiered, and Metropolis, already a masterpiece in its truncated version, now really overwhelms you with the newly-restored footage).

Similarly, I was wildly excited when two previously-lost Doctor Who episodes were rediscovered.  As a result, the First Doctor story Galaxy 4 now has one complete episode of the four-episode story, and the Second Doctor stories The Moonbase (which I really didn't care for all that much) is now half-complete (and will be released on DVD).  Another Second Doctor story, The Underwater Menace (hated by many, loved by me) is similarly now half-complete, which is better than when we started.  How Whovians still hope that perhaps more episodes (in particular Second Doctor Patrick Troughton's debut story, The Power of the Daleks) may yet be found...

Still, back to Mary.  Their First Misunderstanding is a mere ten minutes long, but we have to remember that pre-Lord of the Rings or even Gone With the Wind the powers that be didn't think people would sit for long periods watching a movie.  It should be noted that the same people didn't think people would want to watch a television show or movie more than once (let alone see it at home), or would want to see sound films, or films in color, or feature-length animated films.  Not exactly the most forward-thinking people, were they?

In any case, the rediscovery of any previously-lost film should be celebrated.  For me, it means that a little bit of history has been recovered and will be available to my sons, and their sons, and their sons...and daughters.  So much of the past is lost, particularly the early years of cinema.  What great treasures are now denied to us because of decay or disinterest?  I would love to at least examine these films, be able to see what these creative figures tried to do with the technology of the time.


Of particular interest would be if Theda Bara's Cleopatra were rediscovered.  Of the entire film, only 40 seconds is known to have survived (the footage available on YouTube).  The loss of these films and television shows is a great loss for culture/entertainment. We have the loss of Cleopatra and many other important films and television shows apart from Doctor Who; for example, the first decade of The Tonight Show with Johnny Carson is lost. Similarly missing is the odd game show Queen for a Day (where the most wretched sob stories put women of various dire straits in competition for whose story was the saddest, hence when they won they were "Queen for a Day").  There is also the infamous episodes of the daytime soap opera The Secret Storm where a sixty-year-old Joan Crawford filled in for her daughter Christina (whose character was twenty-eight years old).  Who WOULDN'T want to watch that?

Still, why should the rediscovery of Their First Misunderstanding or The Underwater Menace or the potential discovery of Cleopatra or The Secret Storm matter now?  Simply put, we are nothing without a knowledge and understanding of our past.  Mary Pickford was one of the first true 'stars' in the way we understand the term.  Her face, her name, her image were enough to sell tickets and promote products.  "Star power", the idea that the public wanted to see a certain performer, sprang from her and her contemporary Charlie Chaplin.  These were craftsmen and women, working to create what we know now as 'the film industry'.  There would be no Hollywood today, no blockbusters, without people like Pickford (sadly all but forgotten today).  The loss of these films, to me, is a loss of art, of creativity.  People put a lot of work into making something good (sometimes failing, most spectacularly in the lost films of Ed Wood, but at least he tried), and just as the loss of great literature (like the plays of the ancient Greeks or the writings of the Aztecs) is a loss for human culture, so is the loss of these films/television shows.

This is why I am happy whenever I hear that a long-lost film or episode has been recovered.  We now have a little sliver of the past brought back to life.

I am a firm believer that it is important to treasure and learn from history.  History is a passion of mine, and to have even a little bit of history returned is great news indeed.  As someone who loves all types of movies (silent, foreign-language, documentaries, action, comedy, you name it), I hope to soon see Their First Misunderstanding, and who knows, maybe one day Theda Bara may "vamp it up" once more...