Eye In the Sky: A Review

EYE IN THE SKY

Eye In the Sky is well-acted, stays true to its views about the morality/immorality of drone attacks, and has been highly praised.  Why is it therefore that I found it a slog, a bore, a bit pretentious and ultimately lecturing?  I think it is because despite its claims Eye In the Sky isn't interested in making a balanced story about whether raining death from the air to potentially save others is good.  It's more interested in telling us what to think rather than let us come to a conclusion about what we've seen.

Colonel Katherine Powell (Helen Mirren) has just received notice that a major terrorist leader and British national has been spotted in Kenya.  She has been tracking this Susan Danforth for six years, and now at last it looks like she will not only be able to capture her but her husband as well, a major Al-Shabaab leader.  That is the original plan: to capture them and bring them to trial in Britain.

To help with this plan she has both Kenyans and Americans working alongside the British.  In the U.S., we have the pilots who are the literal 'eye in the sky', Steve Watts (Aaron Paul) and Carrie Gershon (Phoebe Fox).  In the field is the agent Jama Farah (Barkhad Abdi), who is entering Al-Shabaab held territory.  Back in London, various ministers are watching what they believe will be a capture operation, with Lieutenant General Frank Benson (Alan Rickman in his final role) aiding the various officials and awaiting the minister's orders to capture them.

Things, however, take a turn for the worse when they leave the original house and drive to another location, the one in enemy territory.  From there, the eye in the sky not only sees the major targets, but also that they have people creating suicide vests.  Powell and Benson urge the ministers to change this from a 'capture' to a 'kill' mission, with their drone able to execute with extreme prejudice.

It's at this point that various governments are thrown into chaos.  While the British ministers bicker about the legality and/or morality of using drones, particularly where civilian causalities cannot be avoided, they all appear to not want to issue the final authorization, constantly insisting they 'refer' this to various officials (the British Foreign Minister, off in Singapore and on the toilet, the American Secretary of State, playing Ping-Pong in Beijing).

The various leaders go on and on about whether any of this is right or wrong: they are British and American citizens being targeted, they are in a friendly country that hasn't attacked them (Kenya), is it right to rain down death on anyone...on and on they go, while Powell and Benson constantly argue on the side of striking due to the growing imminent threat. At long last, after a LOT of befuddling hand-wringing, the various government officials sign off on the mission.  THEN we get ANOTHER wrench into this: an adorable little girl whom we know as Alia (Aisha Takow) suddenly gets into this mess.  She just happens to set up a bread-selling stand literally right outside the house where all these 'bad' people are at.  Watts, who has been ordered to fire the drone into the house, recognizes the little girl from earlier, where he observed her using a hula-hoop (something he is unaware is forbidden by "Islam").

With that, he refuses to fire lest said adorable little girl get killed.  Now we have to find a way to get adorable little girl out of the way so he can drop the bomb on the house (I figure that if there were other cute little children in the vicinity they wouldn't cause him to get all teary-eyed).  MORE time is spent to find a way to get her out, and after a lot of struggle Powell manages to talk her officer in the U.K. to minimize the danger to an acceptable 45% possibility of said adorable little girl getting killed (the entire British government apparently thrown into fits about sparing her for either moral or propaganda reasons).

At long, long last Watts finally finds a level of violence which he, Air Force officer that he is, can live with (even if he has to virtually cry to get through it).  He launches the drone and it hits the target, and Alia is hit but apparently not killed instantly.  To Powell's great consternation Danford is still stubbornly alive, and she orders the second drone.  Watts and Gershon, now both virtually blubbering messes (who knew signing up for the military meant actually killing people) drop the second one.

That one I'm sure killed Alia, who is rushed to hospital by those wonderful humanitarian Al-Shabaat militants who earlier were beating a woman for not having her wrists covered up.  One of the fussy ministers berates Benson for finding it so easy to drop bombs, and he in turn berates her for saying that a military man knows nothing of war versus her own 'vast' experience.

Somehow, despite what Eye In the Sky wants us to believe, the film doesn't want to have a serious debate about the morality of drone strikes.  I am convinced that screenwriter Guy Hibbert and director Gavin Hood are very much firmly against it.  I reach this conclusion given how they opted to not showcase little Alia on a constant level.  It was clear she was going to cross paths with the potential drone attack, and we the audience were just waiting for the two to come into collision,

I am puzzled by how both the ministers and the military never apparently seriously considered that the mission might shift from 'capture' to 'kill' or that there hasn't been a precedent for such a scenario before.  So much time is apparently spent debating and shifting responsibility, leading to sometimes straight-up bizarre moments.

Take the American Secretary of State, who makes it very clear he has no objections to blowing out an American who joined a terrorist organization.  As far as the Americans are concerned, said citizen has taken arms against his country and loses whatever legal protection he might have had.  It's the British who seem so excessively wishy-washy with all this, and I figure having the Foreign Minister in the toilet was meant as some odd commentary on foreign policy.

Even worse, for my point of view, is Watts' character.  Aaron Paul is all teary-eyes, which if the film is believed is his sole indication that he finds any of this morally questionable.  Granted, Paul has beautiful, soulful eyes, but nothing in the character as played by him shows that he has any questions about the actions.  Even worse the weepier Gershon character, who is the antithesis of the strong Powell, who sees a mission and wants to prosecute it.  The two of them looking all sad does not make me sad or even mildly concerned about any internal conflict.

Talk is given about the risks of letting people with suicide vests go off and potentially attack and kill people (including more children), but as far as Watts is concerned, we have to save one little girl rather than save anyone else.  I would have called his actions virtual insubordination, and am astonished that he could get away with it so nakedly. It isn't the fault of the actors.  Pity that Rickman is no longer with us, for he was good in virtually everything he did, and Eye In the Sky is no exception.  His Benson is thoroughly military, frustrated by the weak as water ministers impeding what he considers his mission, but he is not a heartless figure.  He does have a heart (showcased by his desire to get the right doll for his own daughter) and his final put-down of the obnoxious moralistic minister is as strong a rebuke to the idea that drone warfare is somehow 'immoral'.

Mirren too played Powell as a steady, mature figure who wants to bring people to justice or bring justice to people.  She's not the type to lose sleep over whether someone gets their day in court, though I figure she'd rather they do, leaving the kill option as the last resort.

It's good to see Abdi back on the screen, and here's hoping more scripts are catered to him, and that those scripts don't involve terrorism in any way.

I was not impressed by Paul, who is a genuinely good actor.  I have no idea who Fox is, but her 'I'm SAD that I had to use force' performance struck me as mighty weak.

In fact, Eye In the Sky struck me as mostly manipulative, unable to generate true tension or bother to have a serious debate about the morality of drone attacks.

In fact, the only real drone in Eye In the Sky was the preachy, talky, weak script, which leaves one more frustrated that they couldn't get things done and spent all their time talking about whether it was right or wrong.  Hamlet didn't vacillate this much.

All I could think of was the Vulcan saying, "The needs of the many outweigh the needs of the few...or the one".  Going by that logic, I think Weepy Watts was wrong.

A bit preachy, dull, but not without some good performances, Eye In the Sky is not a film I'd like to revisit anytime soon.  There's something about being lectured to that rubs me the wrong way. 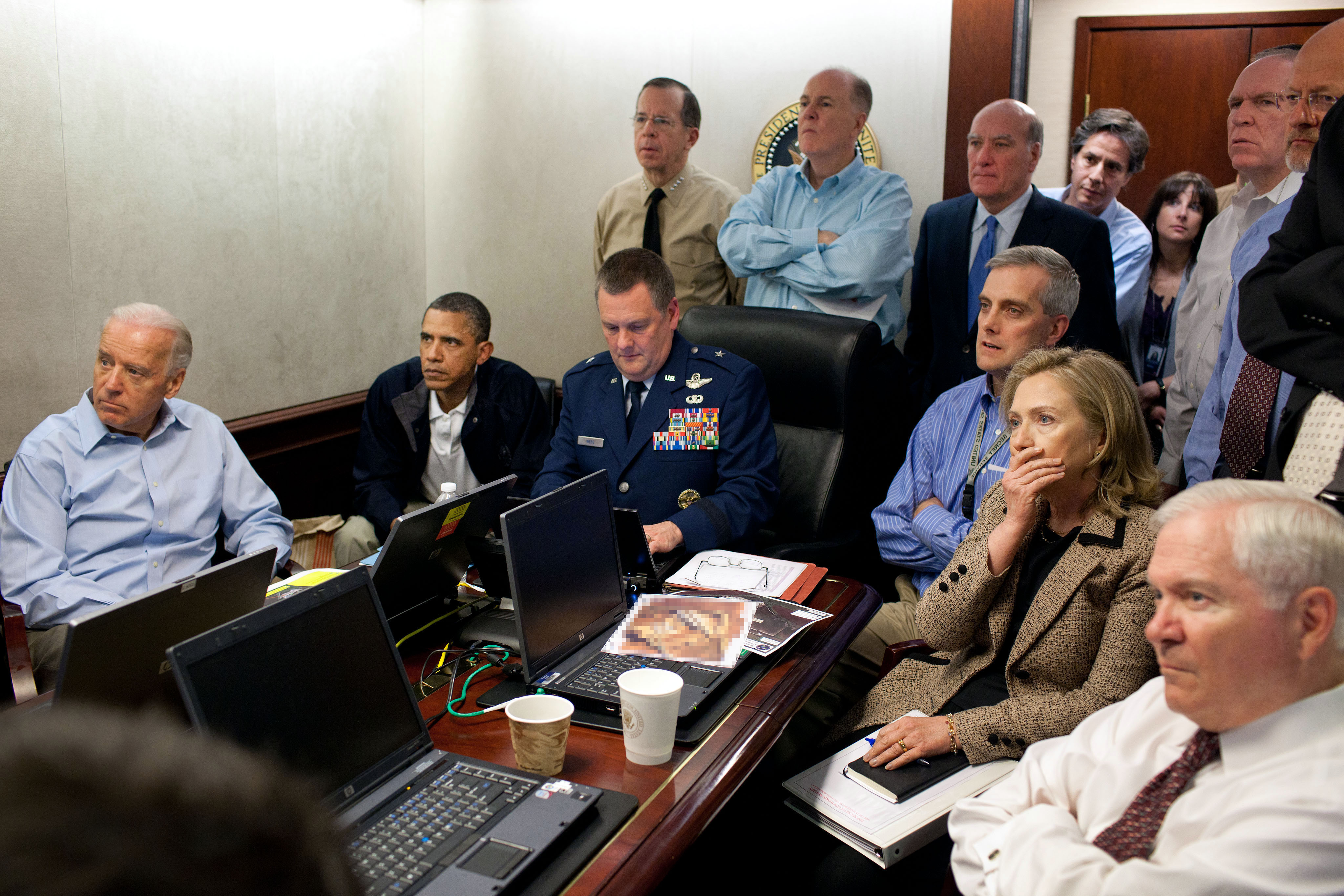 For all their flaws, at least THEY didn't go on and on about the morality of attacking the enemy.  They just did it.