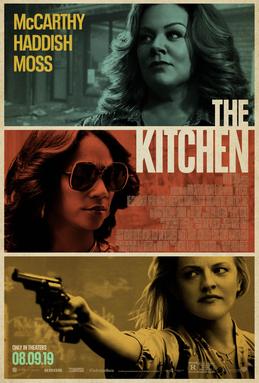 I was not won over by last year's Widows, finding it among the most excessively overpraised film of 2018. Why people essentially opted to do a variation of Widows with The Kitchen is really anyone's guess; however, I would at least say that for all the faults Widows is better than The Kitchen, but that isn't saying much for either film.

The three Irish mobsters put the squeeze on their neighborhood until arrested by FBI Agents Silvers (Common) and Martinez (E.J. Bonilla). The Irish mob, now led by Little Jackie (Myk Watford), promises the women they'll be taken care of while their husbands are up the river, but he's a skinflint. With nothing to lose, the three essentially opt to undercut Little Jackie by running their own protection racket, which they are successful at.

Now with a brewing war between the wives and Little Jackie's crew, the women now start taking over, helped by Gabriel (Domhnall Gleeson), an ex-veteran/hitman who becomes not just their Guy Friday but Claire's lover. As they gain power they also gain the attention and patronage of Italian mobster Alfonso Coretti (Bill Camp).

Coretti may not be good, as he got the husbands out early through his influence, putting the three women's hold over Hell's Kitchen in doubt. However, these three resourceful ladies along with Gabriel can handle things, even if it involves more murders, the death of one of them and a few more twists and turns.

The true tragedy in The Kitchen is that everyone really was trying for serious drama. I have to give them credit for at least doing their best to make this a genuine mob story in The Irishman mold. However, try as they might everyone involved could not make it work.

Perhaps it is because McCarthy and Haddish are best known as comediennes, but I imagine more than a few people probably thought The Kitchen was going to be either a comedy or maybe a spoof of gangster films. It is not their fault that the film sometimes played like a spoof. 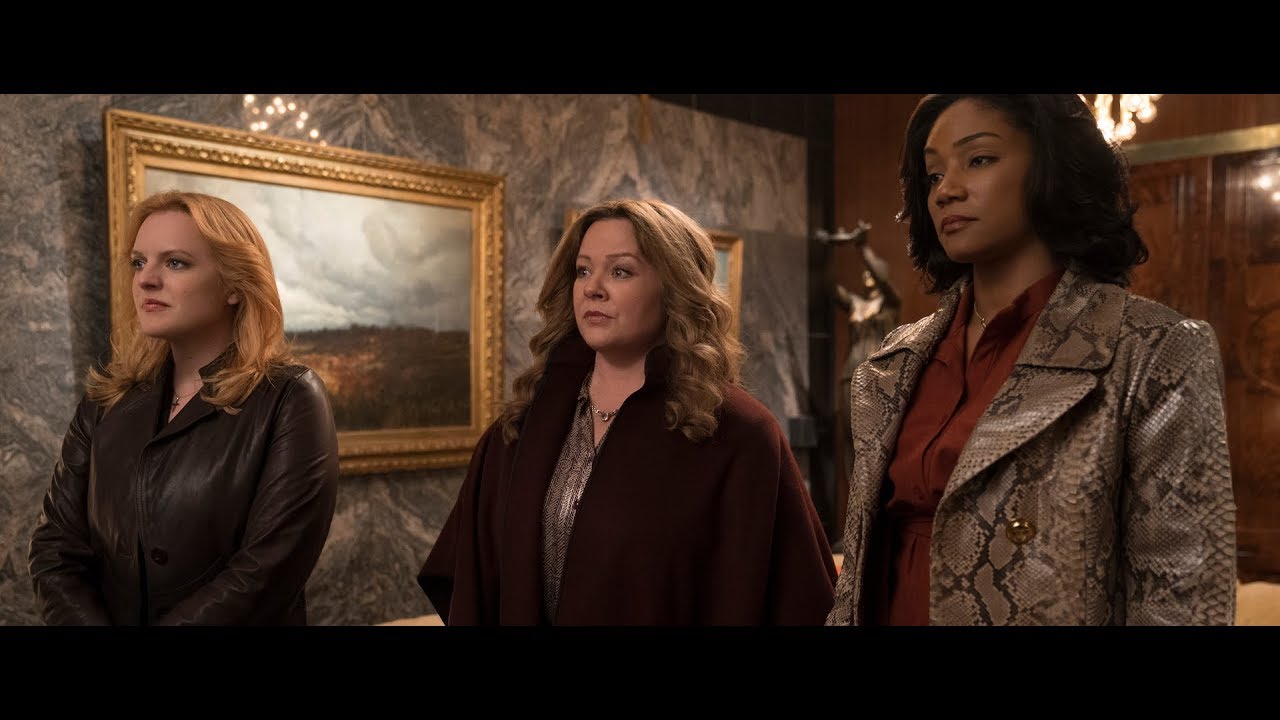 I think it is because The Kitchen, for all its calls at somberness, never makes anyone believe these particular women even associate with each other, let alone run a criminal empire together. We see a montage of them hitting up a disco and raking in the dough, but Kathy, Ruby and Claire never really appear to be interested in things or worse, enjoying things.

It isn't implausible that the women not only take over a protection racket but are better than the men, but at times things look odd. Of particular note is when Ruby and Kathy attempt to put the squeeze on a Hasidic jeweler to let the Irish be doing the construction job. As directed by writer Andrea Berloff from the DC Vertigo comic book, there is almost an undertone of accidental humor, as if the actors weren't sure if they were meant to play things for laughs or seriously.

Somehow, they opted to try for a little bit of both, making things if not uncomfortable at least odd.

Again, they tried, in particular Haddish as the tough, power-mad tyrannical Ruby, and to her credit she showed that with a good script and director she might do more than broad comedies like Night School (which to be fair I enjoyed more than The Kitchen). It just didn't work. Same for McCarthy, who also tried but who was let down more by the script than by anything else. Near the end, she has to decide Jimmy's ultimate fate, and what is meant to be moving, powerful and impactful ends up feeling detached, almost boring.

Moss had what was meant to be the deepest role but again I felt nothing for her or her story. The whole film felt very detached, boring, removed from everything.

I think it is because The Kitchen felt unorganized, as if we were watching a "The Best Of" or "Highlights From" a television series without giving us the full story. For example, we are meant to think of Martindale's Helen as this Irish Mob Queen Mother, but she came across as funny and exaggerated in her manner. When she meets what is meant as a grisly end, I found it more funny than shocking.

It's curious that just as Widows was sold as a female empowerment film, The Kitchen too tried for that but instead gave the best part to a man. Domnhall Gleeson was almost unrecognizable as this tough yet surprisingly gentle Irish-American mobster. While watching I thought it was him but could not believe how well he acted in the film.

The Kitchen is a good stab at a mobster story from a unique perspective, but it just didn't work.