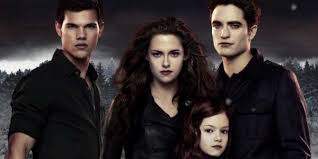 For the life of me, I fail to understand the hold the Twilight series has over what I would believe to be reasonably intelligent people. I confess to having gone through only the first part of this behemoth lust story. For better or worse, at many points while listening to the audiobook, I burst out laughing at the overwrought dialogue.
Twilight is a love triangle, but a most curious one: between a girl, a vampire, and a werewolf. I am told by its defenders that it really is more than that. It is suppose to be about this great love, how Edward Cullen (the vampire) has waited for close to a hundred years for this one girl, Bella Swann, how he does not want to turn her into a vampire and condemn her to his kind of existence, and how they must overcome all sorts of obstacles to be together.

My private theory on how Twilight has gotten this hold on readers is simple. It is exclusively about identification: Bella is the Every Girl and by extension, the reader.
Bella is not beautiful, not super-smart, doesn't like all the girly things her classmates/friends are into and is not cheerleader material. In short, she is like all the girls who aren't "popular". 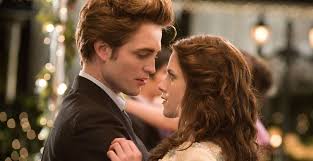 You then have this perfect man, and he's perfect in every way; he's extremely attractive physically, the muscles are not excessive but fit into his clothes smoothly. He is gentle and kind, thoughtful, and above all he is interested in Her, this "plain Jane" who sparks erotic fascination for him.
On top of all that, this ideal boyfriend does not want to take advantage of her.
Edward's not interested in purely carnal pleasures or won't use Bella just for sex only to forget her. Instead, not only has he waited for her, but will spend time and eternity with her. Here, we can see Twilight scribe Stephanie Meyer's Mormon faith creeping out. This is not saying that Twilight is Mormon propaganda, merely that Mormonism encourages celibacy until marriage and teaches that married couples can be "sealed" forever, even after death. An undead boyfriend who won't have sex with a girl until marriage? I sense a subconscious Mormon theological lesson.
Take this for example. Whenever Bella says, "I want you to change me, Edward", I translate that into "Screw me. Screw me NOW. Screw me like I've never been screwed before  because I've never been screwed before". It's a subconscious cry for sex. 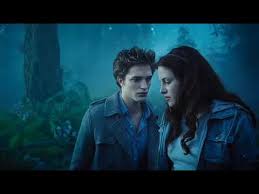 When Edward responds, "I don't want to", that means "I love you so much I don't want to use you just for your body and then move on. I've waited for you, kept myself sexually pure for you for so long when I finally screw you it has to be our first time, not just yours. I need to know that no one else has had you. I've never had anyone else and I long to know no one else has touched you, the most special person in Creation".
All these elements I imagine can prove very psychologically erotic to female readers who find escape in fantasies about "the perfect man".
I think of it as subconscious narcissism, this idea that this "unappealing" woman (like the reader) can inspire whole wars between two hunky men and whole communities. There's Edward the Vampire, and there's Jacob Black the Native American/werewolf. It may even play into the idea that a heterosexual male friend is really secretly in lust for the reader.
This is Jacob's role. He's obviously very sexually desirable, the films showcasing Taylor Lautner's physical perfection. However, he is also a shoulder to cry on, a friend who yearns for Bella in the same way Bella yearns for Edward. He cares about her, wants to protect her, is willing to fight another man for her...and it doesn't hurt that he's built like a brick house.
Again, subconscious narcissism by the reader, who can place herself squarely in Bella's shoes as these two warring factions and hunky men fight for her.
If I look at all this, the story is insanely popular because it's so insanely narcissistic. It really is All About Bella. 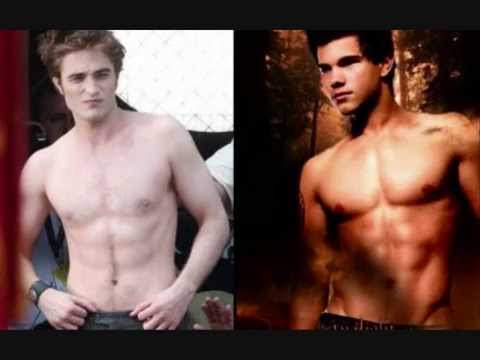 This is the reason in my opinion that the rabid fan base takes no note or cares how awful the writing is. Stephanie Meyer may have graduated with an English Literature degree from BYU but it looks like she learned nothing. I might be wrong about that given that the writing sounds like a brain-dead fourteen year old, which Meyer may have been writing with that in mind. Certainly this doesn't look like it came from a White Anglo-Saxon Mormon housewife, yet why the erotic musings of a Mormon hausfrau are so insanely popular puzzle me.
I can only remember a few lines from Twilight, and not because they were well-written, but because they were so funny. "I can't believe someone as beautiful as Edward Cullen would be speaking to me" had me laughing uncontrollably for five miles. "His skin...literally sparkled" is another howler.

The most amazing thing about the Twilight series is that it has taken Mrs. Meyer four books, the last one well over 500 pages long, to tell a very basic, simplistic, and bad story. What this says about both the educational level of the readers or the state of present-day American literature is frightening.

I note with dismay how popular the books are, how girls read and reread them again and again while not bothering to read anything useful. Granted, beauty is in the eye of the beholder but I have yet to hear the case as to how the Twilight Series is good literature.  For myself, I see the Twilight Series of Twilight/New Moon/Eclipse/Breaking Dawn as one of the signs of The End of Western Civilization.
The films are terrible, and I don't expect them to get better. I just hope that the fixation will pass and we move on to better books and film adaptations.
Posted by Rick at 3:50 PM