Chimps Ahoy! An Introduction to Planet of the Apes Retrospective 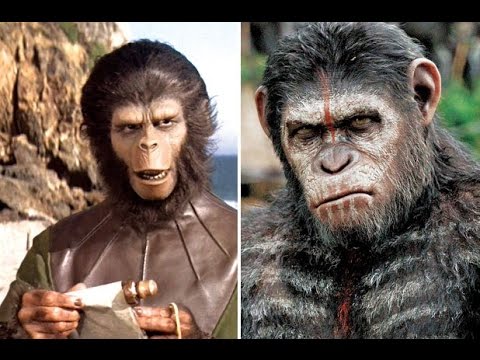 In 1968 a science-fiction film came that would set the imagination on fire. Few films could inspire not only such devoted passion but spawn sequels, live-action and animated television shows, remakes, and now a prequel almost forty-five years after its premiere, but Planet of the Apes is no ordinary film.

It did what all good science-fiction film can: work on two levels. The first is the story that is being told, and Planet of the Apes is a strong adventure story where our hero must avoid capture. On the second level, it was a sharp commentary on the turbulent times, making statements about how the world was without being overt.

Even today, and even after repeated viewings, the ending to Planet of the Apes is still one of the most genuinely shocking twist endings in history. Even though I know how it will end, by the time I get to the credits I have become so engrossed in the story that it still comes as a bit of a surprise. It was just suppose to be a money-making picture, but it became something more.

With studios strapped for cash, a sequel was called for. It would seem an impossible task, given how Planet of the Apes ended, but somehow we got Beneath Planet of the Apes.* I figure that this film isn't as well-regarded as the original, perhaps with good reason, but I think it works far better than its reputation makes it out to be. When that one also became a hit, you guessed it: another sequel.

By now we could call it a franchise, but again, we had a problem: the ending appeared pretty definite.

In any case, the zeal for this world where apes rule humans created an industry on the level of Star Trek, Firefly, and Doctor Who, with spin-off television shows, cartoons, comics, and merchandising. Unlike the others, Planet of the Apes went from the screen to television, which puts it in the same level as Star Wars, with the exception that there has yet to be a Star Wars television show at least live-action, unless you count the Star Wars Holiday Special, but that's another matter.

They say nothing succeeds like success, so in 2001 a remake, or reboot, of Planet of the Apes was released to an enthusiastic audience. It was enthusiastic until the credit rolled, and then the audience went from enthusiastic to incensed. I went to see it when it came out, though I suspect I was one of a handful that had seen the original.

Even without the shadow of the 1968 version hanging over the majority of the audience, I will never forgot the reaction the theater had at the ending: that was the first time I can remember when a whole group of theater-goers shouted out loudly and furiously all sorts of condemnations and fury at the screen. It made money, but audiences rejected en masse. Now we have this year what is called a prequel, Rise of the Apes. I figure the title should say it all. I confess to not knowing whether it is meant to be a prequel to the 1968 or 2001 version of Planet of the Apes or just another effort to start a whole new series. In any case, it is scheduled for this summer either June or August or perhaps another date.

With all that, I thought it would be good to go over all six Planet of the Apes films and see which worked, which didn't, and why, to get at the mythos before plunging into yet another Apes films that may or may not fit within the already-established story. We already have the Harry Potter & Star Trek retrospectives (the former only waiting on the last film, the latter still working through).

Now, I have a new project: Planet of the Apes, which I hope to work on more diligently. On the plus side, there are only six films to watch as opposed to the eleven Star Trek ones. In any case, I hope to have it all done by the time Rise of the Apes appears on screen (whenever that may finally be). If Rise of the Apes proves a hit critically and financially, we will see more monkey business. If not, we may see this species go extinct.

PLANET OF THE APES: THE COMPLETE RETROSPECTIVE

Email ThisBlogThis!Share to TwitterShare to FacebookShare to Pinterest
Labels: Planet of the Apes, Retrospectives