Pirates of the Caribbean: On Stranger Tides Review 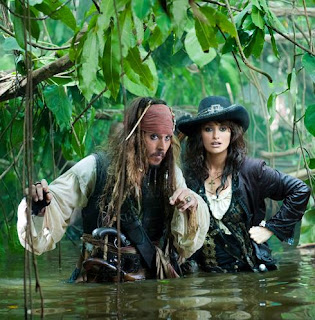 PIRATES OF THE CARIBBEAN: ON STRANGER TIDES

No Eye Should Be On This Sparrow...

If I know my nautical superstitions, and I think I do, I always thought it was bad luck to have a woman aboard.  As Waylon Smithers once said, "Women and seamen don't mix".  That being the case, Pirates of the Caribbean: On Stranger Tides flouts convention by having a fiery Latin lass as First Mate.  Oddly, that's about the only convention it flouts because everything else in On Stranger Tides is no different from every POTC film, which doesn't bode well for this unexpected franchise.

The curious thing to my mind about the Pirates of the Caribbean series is that while they are extremely popular by and large they are all lousy.  It's as is people just don't care that they are watching films that don't make any sense, so long as they get their Captain Jack fix.  Granted, Johnny Depp has created an iconic character in our scoundrel, but with the exception of Pirates of the Caribbean: The Curse of the Black Pearl, none of the POTC films are actually good, and I've always held that Curse of the Black Pearl was far too long.  Now while POTC: On Stranger Tides the fourth film of a series that was never expected,  holds some promise it can't overcome the series' fixation with length and with meandering plots.

Captain Jack Sparrow finds himself taken into the presence of King George II (Richard Griffiths).  He is commanded to find the Fountain of Youth before the Spanish find it, and to lead Captain Jack is Captain Barbossa (Geoffrey Rush).  Captain Jack, unwilling to go on such a venture, especially with someone impersonating him around London to gain a crew for a mysterious voyage, busts out and seeks his doppelganger.  En route, he finds his Daddy (Keith Richards) who tells him information about finding said Fountain.  Jack finds his male/female impersonator: it is Angelica (Penelope Cruz), a girl he loved and left.

She gets Jack aboard her vessel, and after a failed mutiny led by Jack we come upon the true captain, the legendary Blackbeard (Ian McShane).  He too is after the Fountain, and since Jack knows the way, he's taken in. Not to be outdone, Barbossa has his own help courtesy of royal patronage, as well as Gibbs (Kevin McNally), who memorized the map to the island of the Fountain of Youth, and they are in hot pursuit (of the Spanish or Blackbeard or both, we're not sure). 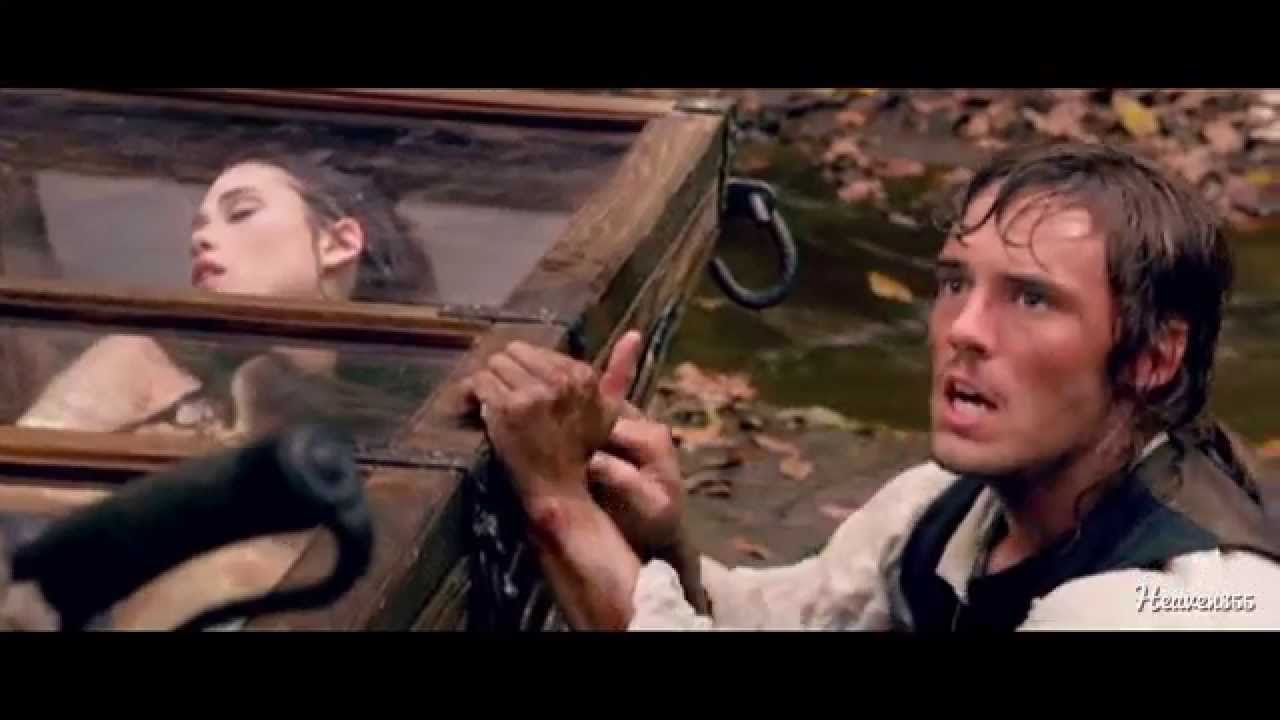 Now, in order to fulfill some rite at the fountain, a single tear of a mermaid is needed.  Ariel proving unavailable, Blackbeard lays traps for these dangerous creatures, and thanks to some luck, manages to capture one, Syrena (Astrid Berges-Frisbey).  Despite being murderous harpies, Syrena (which as a side note, sounds very similar to the Spanish word for 'mermaid': sirena) is a gentle creature.  Gentle and lovely, so gentle and lovely that she inspires feelings in Philip (Sam Clafin) a missionary who has been spared this long because Angelica fears for her father's soul, her father being Blackbeard himself.  We have a race of sorts between Barbossa and the British, the Spanish, and Captains Sparrow and Blackboard for the Fountain.

On Stranger Tides, "suggested" by Tim Powers' novel of the same name, could have been a clean sweep for the Pirates series after the debacle of At World's End by placing our beloved hero with a whole new set of characters and situations.  Instead, screenwriters Terry Rosio and Ted Elliott decided to keep elements within the novel: zombies, Blackbeard, the Fountain of Youth, and throw in some of the POTC characters in with the hope that the whole thing float.

As they did for Curse of the Black Pearl, Dead Man's Chest, and At World's End, they felt an odd compulsion to make the film excessively long at two hours twenty-three minutes, two hours thirty-one minutes, and two hours and forty-nine minutes respectively, and while at its two hour seventeen minute running time On Stranger Tides is by far the shortest in the franchise, it is far too long and complicated for the story it's trying to tell.

Take for example the whole "Jack Sparrow impostor" situation.  The whole thing could have been dealt with in an easier and faster way by not having a Jack Sparrow impostor to begin with.  How much time could have been spared by skipping this needless bit, along with Gibbs' trial, which while clever made the opening drag to the first action scene, and getting Jack straight on to The King.  Same goes for the mutiny, the mermaid capture, and the actual search for both the chalices needed for the Fountain rite and the taking of said chalices. 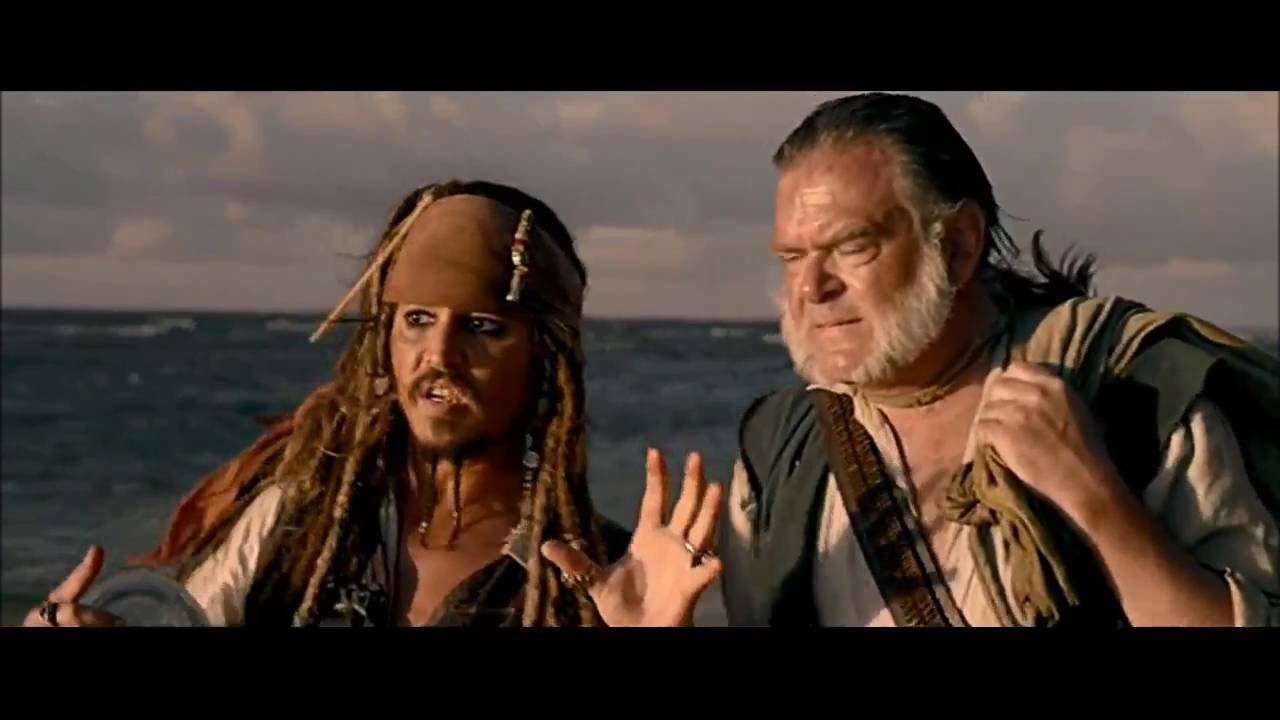 By simply tweaking these points (aka making them shorter or even cutting them out altogether) On Stranger Tides could have been faster and more intense (to echo George Lucas' primary direction from Star Wars).  How about Captain Jack agreeing to serve George II in exchange of a pardon or a blind eye to his piracy?  How about cutting the Spanish out altogether and having it a race between Jack/Barbossa and Blackbeard?  How about cutting out the suspicion that Angelica may not be Blackbeard's daughter (how would he be so easily fooled if she was a fraud, and furthermore, why introduce that plot element if you don't want to totally commit to it)?  All it would take would be a few alterations to make this meandering story fit.

However, that wasn't in their interest.  Rather, it was to make a movie feel longer than its running time by jumping from one action scene to another without stopping long enough to have us take any interest in our characters.  The primary flaw in lack of character development is between Jack and Angelica.  We're told literally that Jack seduced Angelica from a nunnery (side note: how I get frustrated at exposition dialogue) so we figure Angelica hates Jack for deflowering her.  So, she dresses up like him to get a crew for her father's ship, of course, assuming she's his daughter? Do they have real feelings for each other, and if so, what exactly are they?

Same goes for Blackbeard and Angelica: does this notorious pirate have a soft spot for his little girl, one he's perfectly willing to kill more than once?  Finally, there's suppose to be a romance brewing between Pastor Phillip and Syrena, but does anyone else think it strange that their passion comes far faster in the two days they've known each other than that of Jack and Angelica, who've known each other for years and years?

Depp knows his character intimately, so his Captain Jack is still as addled as ever.  Rush relishes his chance to amp up the typical pirate, and they have one good scene together while they are held prisoner.  McShane also appears to be having fun as the wicked Blackbeard.  Cruz appears to be playing two characters that ended up in one body: the caring daughter and the ruthless pirate.

Side note: wouldn't it have been better to have cut out Blackbeard altogether and made Cruz a Pirate Queen?

However, the best performance is by Claflin's missionary: he brought a sincerity of this man of God who abhors all the violence going on around him.  It is the best performance because he was the only one taking On Stranger Tides seriously; everyone else was playing their roles for fun, not for believably.  Given Sam Claflin isn't the best actor around, it's a very poor sign.

I do have one question, a minor one, and it has to do with Griffith's King George II.  If my history serves correct, George II was a German who became King of England because he was the son of the closest Protestant heir to the throne.  Therefore, considering he was born and bred in Hanover, wouldn't he have had a German accent?  Perhaps this is being too picky, asking for historical accuracy in a film like Pirates of the Caribbean: On Stranger Tides.  However, if your mind starts wondering about accuracy as opposed to rolling along with it, you may have some issues.

Rob Marshall, to his credit, didn't do as he's done with some of his previous films like Chicago and Nine (have the main character dream the entire story within his/her mind).  However, he certainly let the story run on and on: the capturing of the mermaids being a primary example.  It also doesn't help when your characters save one are contradictory: is Syrena a vicious killer like her sisters (she was involved in attacking Blackbeard's crew) or a sweet innocent?  Is Blackbeard a blackheart or one who can be redeemed?  Finally, Marshall couldn't control Hans Zimmer's overblown score, one which made itself known to where it almost drowned out the dialogue and serving as cues to what the mood should be.

Overall, On Stranger Tides is a better film than some of its predecessors, but it is far too long and complex for the story buried within the film.    If it weren't for a useless post-credit scene that was a real disappointment, it would have just been barely serviceable.  However, that clip, less than a minute long, added nothing and actually knocked points off the film.

As fun as Captain Jack is, it's time he sailed away.