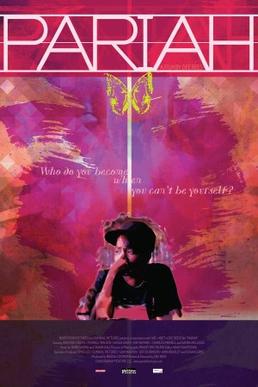 It might be tempting to compare Pariah with another story of a girl discovering herself while in the ghetto (Precious).  However, the stories may have a similar background, but they address different issues, with only the heartbreak of a common human condition making them similar.

Alike (Adepero Oduye), which is pronounced 'A-lee-keh' and who sometimes goes by Lee, is a bright 17-year-old girl who has a talent for writing, poetry in particular, but who is also aware that she finds females sexually pleasing.

She goes to a lesbian bar with her friend Laura (Pernell Walker), an openly butch lesbian.  Alike is interested in women, but extremely hesitant to have sex with them.  While she dresses more butch with Laura, she is slightly more feminine in front of her family: her sister Sharonda (Sahra Mellesse), her father Arthur (Charles Parnell) and her mother Audrey (Kim Wayans).

While all her family suspects Alike is not like the other girls and Alike senses that they suspect something, no one speaks on it.  Audrey believes the best thing for Alike is to become friends with Bina (Aasha Davis), the daughter of a co-worker/fellow churchgoer.

At first, Alike is openly hostile to Bina, but soon begins to bond with her over their similar taste in music.  Alike's growing friendship with Bina pushes Laura to the side, which bothers her but who has enough problems of her own to do much about it.  Needless to say, Bina wants Alike to be her true bosom buddy shall we say, but Lee finds that her first romance (and first sexual encounter) doesn't mean the same thing to one as it does to the other.

Lee comes into a home in turmoil: Audrey not only suspects that Arthur is having an affair but that Alike is at the very least becoming a man and at worst is a lesbian, obviously corrupted by her wicked friend Laura.  Alike, already devastated by the heartbreak of first love lost and having to see her parents engaged in a brutal fight, finally is forced to come out of the closet.  A horrified and angry Audrey smacks her out of the house.

Despite her father's entreaties, and Audrey's devastation, Lee decides to graduate early and go to Berkeley for a ten-week writing course. 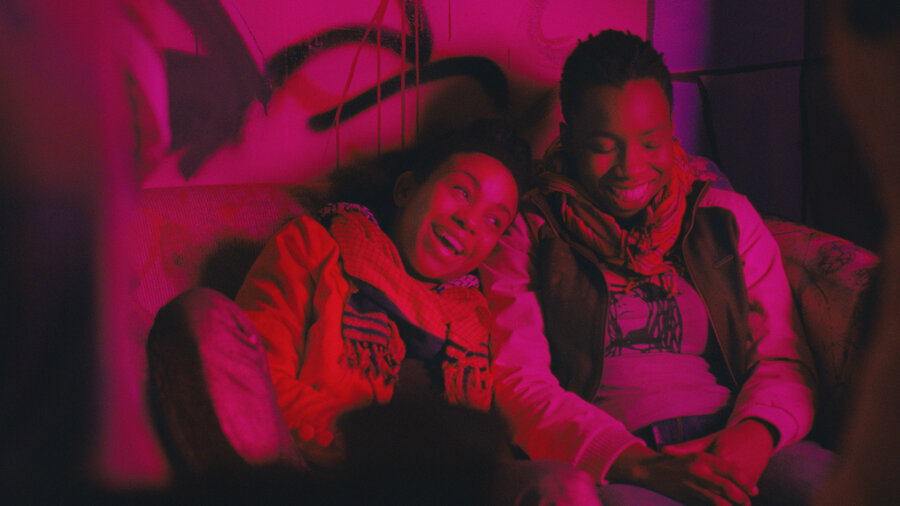 If writer/director Dee Rees wanted a theme for Pariah, it would be one of the final things Alike tells her father.  "I'm not running. I'm choosing", she tells Arthur.

This pretty much sums up Pariah: the story of a girl who becomes a woman, not just sexually but emotionally and mentally, who decides to follow the old Shakespearean adage of "to thine own self be true".  Throughout the film, Alike had been hiding in her attempt to conform: with Laura, dressing as much as a man as she could, with Audrey, attempting to be a girl more in line with her ideas of femininity.  It isn't until she finally comes out that she does find herself free.

Rees not only gives beautiful dialogue in Pariah (Alike's final poem is a beautiful meditation on how being broken can also be cracks that let light in) but also manages to create so much mood and subtext in what is not being said.

Midway in the film, Arthur and Alike are talking in the kitchen.  Arthur, as a policeman, knows about the lesbian bar and who may have been seen there, while Alike, having discovered the joys of first love, yearns to ask her father about what if the romance isn't exactly how he or Audrey would imagine it to be.  You know they each want to say or ask things that they already know the answers to but would rather not have them said aloud.  The subtext in how both Parnell and Oduye act out their inner conflict and fears is beautiful, so well-crafted. In fact, the performances all around are excellent.  Oduye creates in Alike a person coming to terms not just with her sexual orientation but with her own identity separate from her lesbianism.  She makes Alike's journey not just into an awakening sexually but one spiritually, finding not just the lesbian within but the woman within.

Walker's butch Laura initially comes off as a cliche, the almost manly woman interested only in sex.  However, near the end of Pariah, we see Laura go to her old home where her mother opens the door and just stares down at her.  Laura tells her she got her GED, and in her vocal inflection, her body movement, and her face you see a girl just wanting desperately to have her own mother love and accept her.  The rejection she gets is just so sad to see, and makes Laura a more rounded individual than a stereotypical butch lesbian.

Minus Laura's mother, the characters in Pariah are presented as flawed but not heartless or evil.  Chief among them is Wayans' Audrey.  You know she is hostile to Laura, but even in this one can see she believes she does what she does for what she sees as protecting her daughter from bad influences.  Throughout Pariah, Audrey does not come across as brutal or uncaring; far from it: most Audrey's actions are done with a desire to have a closer relationship with Alike; while we can't excuse the beating Audrey gives Lee when she finally is forced out, you get a sense that a physical reaction is the only outlet this particularly besieged woman has. The fears about her daughter confirmed, her fear and paranoia about Arthur possibly having a mistress, all crash at her.

Wayans gives Audrey a more real, lived-in performance than someone who just is homophobic.

Davis mixes a genuinely caring Bina with a coolly dismissive Bina, and Mellesse's Sharonda comes across as a typical troublesome younger sister who in the end shows that she does truly love and care for her older sibling.

Now, I will say that perhaps it is a result of my hopelessly WASP upbringing and background, but at times I felt lost by all the slang used in Pariah.  I suppose this is the way people in New York particularly Brooklyn might speak, but at times I had to use context clues to figure out what phrases like "trippin'" meant.

While it shows Rees has a great ear for dialogue, I would have had some difficulty without subtitles.  The entire subplot of Arthur's potential affair was never fully answered and appeared more as a way to have Alike come out in the middle of a very strong fight between her parents.  Finally, the relationship between Alike and Mrs. Alvarado (Zabryna Guevara) I thought was rather underused.  It might have been that Rees didn't want exact parallels between Mrs. Alvarado in Pariah and Paula Patton's Miss Rain in Precious, but why introduce this mentor if you're not going to use it?

Ultimately, these are minor points.  Pariah may share similarities with both Precious and another film of a black woman finding her own value as a person: The Color Purple; however, that would be unfair to all three films.

Pariah has an open ending, but one senses that Alike will find her way, that she will have a future.  It's on a hopeful note that we leave Pariah, and it's a film that is true and honest on the difference between running and choosing.