The Winner, But Champion?

When they announced the winner, I don't remember if there were gasps in the audience, but the year's Best Supporting Actor was the long shot: Jim Broadbent as Iris Murdoch's much-suffering husband John Bayley in Iris.  Upon receiving the Oscar, the first thing Mr. Broadbent said was, "Stun the crows".  I heard it as "stun the crowds", which he certainly did.

I felt a similar reaction when the poll results to "Who is the best Sherlock Holmes?" were revealed.  By one vote (out of ten cast), Benedict Cumberbatch from the television series Sherlock beat out both Basil Rathbone AND Jeremy Brett (who tied at three).  Robert Downey, Jr. as the film version of Holmes, received no votes (alas).

I am stunned.  I took it for granted that Brett to run away with it.  Among the more devout Sherlockians, Brett is still revered.  Among the average television viewers, the answer is, "Jeremy Who?"  I find that he is now barely remembered, if at all, by those who are enchanted by the modern-day take on our detective.

Cumberbatch's win is surprising to me for many reasons.  He has played Sherlock Holmes for a total of six episodes (or two seasons/series, whichever you prefer).  He's been in the role for only two years, but despite the fact the fact that Rathbone and Brett are more associated with the role of Holmes, Cumberbatch still beat them out.

Also, Cumberbatch is the least traditional take on Holmes that has gained popularity (few people remember such efforts as Young Sherlock Holmes, and even that attempt to appeal to the young market kept close to the Victorian/Edwardian source material).  This Sherlock is a very-21st Century creation (Sherlock blogs!  Sherlock texts!), and about the only thing he has in common with Sir Arthur Conan Doyle's creation is his name.

In retrospect, perhaps his (very narrow) win should not be a surprise.  As I look on the situation, I think he won because he is the most recent and best-known Holmes at this moment.  In short, Cumberbatch is perhaps the only Holmes people know.  It's the sad course of life that the newest thing is the one that is considered the best (which does explain how Transformers: Dark of the Moon could be considered by ANYONE better than Casablanca).  It is surprising to me that despite his youth and inexperience he could be the best Sherlock Holmes ever.

We have to remember I asked who is the best Sherlock Holmes, not the most popular.  If it were the most popular, Cumberbatch's win is almost a given: he's the one on the screen right now, the one in the public's mind, so he's the one they know.  However, I do wonder how after such a small amount of time as the character, Benedict Cumberbatch could be the considered the BEST actor to interpret the role.

Again, however, I'm coming at this from a difficult position.  I have yet to see Sherlock.  Those reasons, likewise, are also myriad.  For starters, I am wary of anything Steven Moffat is connected to.  In my view, he is corrupting the long-running science-fiction show River Song (formerly known as Doctor Who).  I find the emphasis on the character of River Song over that of The Doctor in this season to be an endless source of irritation, and I think Doctor Who simply isn't what it used to be.

As a result of that, I look upon Sherlock with a great suspicion: I don't warm to the idea of a younger, sexier Sherlock Holmes.   That doesnt' appeal to me: it's the exercise of the mind, the resolution of intricate mysteries that interests me.  I always get the sense that Sherlock is less about the cases and more about the trappings surrounding Holmes and Watson.  That leads me to my second trepidation over Sherlock.

I am almost pathologically resistant to 'updates'.  I found the 'update' to Romeo & Juliet from Baz Luhrmann to be a disaster.  I don't consider myself an intellectual, but I have always been perfectly capable of following Shakespeare without difficulty.  The current thinking is that one has to "update" it in order to make it understandable to today's audiences.  I think it dumbs the source material down because it doesn't ask people to either think or really appreciate the beauty of the language.  Sherlock I think runs the risk of taking the core of a certain Conan Doyle story and change it to fit today's tastes.

HOWEVER, I recognize I'm saying all this without actually having seen Sherlock.  I tried, once, and it didn't grab my interest or attention.  I will watch it and start reviewing episodes.  Perhaps Benedict Cumberbatch will change my view and I will become a fan of his Sherlock Holmes.  I'm already a fan of Benedict Cumberbatch, so it may yet work out to be a beautiful marriage.

Still, I confess, despite Benedict Cumberbatch winning the Best Sherlock Holmes Poll, I hold that Jeremy Brett is a tough act to follow. 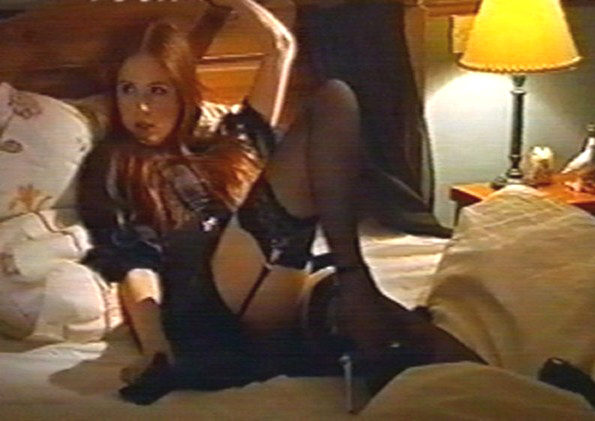 Hey Steven Moffat, I have an idea for a new show: Jane Marple: The Early Years, where our future spinster is instead a young, clever sex kitten solving crimes.  I even have an actress for you: River Song Companion Karen Gillan.  If Sherlock Holmes can be updated for our 21st Century tastes, why not Miss Marple?  After all, who'd want to watch an old lady solving murders when you can have a sexy, slinky vixen bringing people to justice?
Posted by Rick at 8:02 AM