Given how much I've written on Franklin & Bash, from its strong beginning to its sad and sorry end, one would be justified to wonder why I'm doing it one last time.  Well, I don't like leaving things open-ended.  I like good solid conclusions.

Sadly, Franklin & Bash failed to give us even that, ending the series on a cliffhanger that left few of us hanging around to see where it would end.   The only thing we were doing was praying it WOULD end, as a fun and breezy show about two friends fighting for the Little Guy while working for The Man ended as a bizarre celebration of arrested development.

I'm not saying that Franklin & Bash was great television.  However, at least in the First Season, Franklin & Bash creators Kevin Falls and Bill Chais knew what it was: a light, frothy, breezy show where we had oddball cases and two likeable leads.  It wasn't meant to be taken seriously, but at least the cases that Jared Franklin (Breckin Meyer) and Peter Bash (Mark-Paul Gosselaar) were involved in, the two of them found solutions that let them win; yes, sometimes the solutions were on the nutty side, but at least there was a certain logic to them.

We also got two character we genuinely liked.  Jared Franklin and Peter Bash may have been 30-somethings who still insisted on a frat-boy lifestyle, but they also cared about their clients and their team: investigator Carmen and fellow lawyer/panophobe Pindar.  Their stuffy counterpart Damien Karp (Reed Diamond) and generally bonkers head Stanton Infeld (Malcolm McDowell) weren't without their merits, and we got genuine story arcs with Peter's mourning of the end of his relationship with ADA Janie (Claire Coffee).

The cases were offbeat, but at least grounded in some kind of reality. 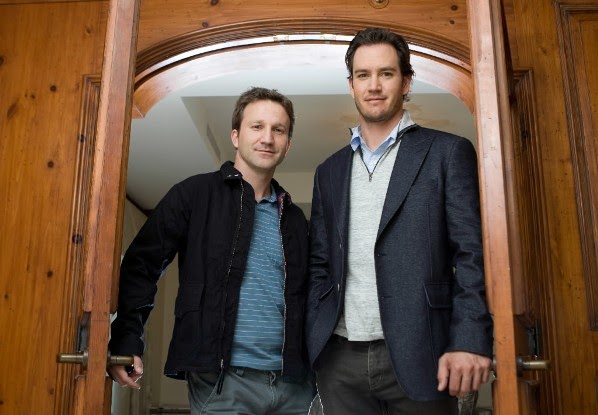 However, it soon got to where even the fanbase started seeing that Falls and Chais were treating them like morons.  The first sign of trouble was the Season Two opener, Strange Brew.  Once I saw Jared and Peter win their case not through their own cleverness, but by an amazing deus ex machina that left me astounded, I sensed something was wrong.

I felt it was a lost opportunity, a chance to see our characters mature, even a bit. Instead, a convenient way out was given to them, and from there, Jared and Peter started showing themselves to be, rather than the carefree but still shrewd lawyers we had in Season One, a couple of himbos with law degrees, two people too genuinely stupid to function.

The cases started getting sillier, and worse, so did Jared and Peter.  It was as if Falls and Chais decided that it wasn't the mix of heart and humor that was Franklin & Bash's strength.  Instead, it was what they perceived to be audience wish fulfillment.  They thought we WANTED to be Jared and Peter, which I never did.  I liked Franklin & Bash not because I wanted to emulate the character's perpetual adolescence, but because at the end of the day, despite their immaturity they were capable attorneys and real friends.

As the Second, then Third and Fourth Season rolled around, I saw that the characters were becoming more dumb, more infantile, and more overtly ambiguously gay.

Now that I've gotten to the characters of Jared and Peter, the one thing, the ONE THING, I never understood about Franklin & Bash was why Gosselaar's character was always made the fall guy to all sorts of humiliating acts.  He was the one who was the subject of fat jokes, whose mother was a 'sex surrogate' who also slept with her best friend's son, who got tasered, punched in the eye, made to dress up like a kangaroo, and was made to be afraid of ghosts.  It seemed that every time a humiliating act was required, it was Peter who got the short end of the stick.

Jared, for all his douchiness, never got his comeuppance.  Instead, it was the more rational and sensible Peter who constantly was made the butt of jokes.

In retrospect, it was a most curious relationship.  In a certain way, Peter really was Jared's bitch.  Not once apparently did it ever occur to Peter to say "No" to Jared.  Instead, Peter, sometimes quite meekly, went along with whatever stupidity Jared planned.  One particular example that has always stayed with me was when in Season Three I think Peter was made late to a staff meeting...because Jared insisted on finishing his breakfast.  Any other person would have either left Jared to get to the meeting on time or essentially dragged Jared out of the diner (given his diminutive size, especially compared to Gosselaar, I don't think Meyer would have stood a chance).

Instead, Peter patiently cools his heels while a willfully arrogant and stubborn Jared calmly keeps eating, knowing that both of them will miss the meeting entirely.  It seemed to me quite horrid of Jared to a.) be so blaze about his job, and b.) think he was that indispensable.

There is a fine line between cocky and arrogance, and Franklin & Bash went over it maliciously from Season One to Season Two.

Again and again, I argued that one reason Franklin & Bash crashed so spectacularly after Season One was because it made the leads dumber at every turn.  Seriously, Peter Bash and Jared Franklin, these 'brilliant' attorneys, didn't know that Franklin Roosevelt was in a wheelchair, that Def Leppard has a one-armed drummer, or that Jesus was a carpenter?  I think the worst one was when Peter Bash stated that Louis Pasteur had invented milk.

I can accept a lot of things, but the idea that ANYONE seriously thinks that Louis Pasteur INVENTED milk is just too much to swallow.

You couldn't really believe that these guys could function, let alone be seen as these rainmakers at a law firm.

It also didn't help that for Season Four, the show dumped two of the best characters on Franklin & Bash.  Yes, Kumail Nanjiani's Pindar was divisive (sometimes I liked him, sometimes not), but every fan liked Dana Davis' Carmen.  I know they moved on, but somehow a better way to explain their sudden absence could have been created than just pretend they weren't there just because they weren't there.

Even worse, Falls and Chais opted to create one character out of two in Danny Mundy.  Bless Anthony Ordonez for doing what he could with a character so unbearably awful (a "wacky" investigator who slept with his eyes opened and had no problem bugging his bosses phones and letting them know it) that any chance of the show going on with him was a nonstarter.  From his debut the Mundy character was a disaster, and while it might be tempting to blame Ordonez, I don't think any actor could have done much better with such an awful, awful character.

Bad characters, lousy scripts, nonsensical situations, and two pretty revolting lead characters all killed off Franklin & Bash, turning what could have been a better show into a total fiasco.  Season One showed us what could have been done with the rest of the series with some forethought.  Seasons Two to Four showed us what happens when you treat your audience with contempt.

Really, you made Jared Franklin's name into "Elmo" but never brought that up again, then for one episode you seriously turned the same character into a Scottish nobleman?  Who possibly believed that the whole His Royal Highness the Duke of Landinshire wasn't stupid even for Franklin & Bash?  That brings to mind another awful moment: when Peter Bash claimed that our "four fathers" brought freedom through the Constitution.  Even Damien Karp, long-suffering and fully aware of the lunacy of Jared and Peter, was aghast at hearing Peter talk about the country's "four fathers".

Truth be told, I think Diamond was the best thing about Franklin & Bash.  As much as Falls and Chais attempted to make Karp into the 'bad guy', the foil to our fun-loving bros, it was Damien Karp whom I ended up liking and caring about.  He was the only one who had any sense of rationality to him.  Yes, he was stuffy, sometimes stuck-up, but he was also capable, with a moral core (he struggled long and hard about dating interns when he was clearly attracted to some of them, and I think sometimes wouldn't) and who had anything close to actual human emotions (hurt, anger, rage, disbelief).

Interestingly, when Karp's presence was downgraded a bit (who knows why), it was Rhea Seehorn's Ellen Swatello who came across as the sane one in the madhouse.  How else to react when you see your bosses, two single men in their 40s still living together, laughing it up surrounded by marijuana smoke?  Swatello was beyond furious, but here we see our heroes still in the grips of adolescence despite being 40.

Bless Malcolm McDowell, but sometimes his Infeld came across as a complete loon who should have been locked up.  Over time what were mere eccentricities devolved, like everything else on the show, into genuine fits of insanity.

I stand by my assertion that Jared Franklin was actually gay but either in denial about it or at least not fully aware of his true sexual identity.  He would have denied it, but I think he was in love with Peter Bash. In fact, I can honestly imagine Jared Franklin dreaming of becoming Jared Bash.

His own self-loathing about his true sexual identity manifested itself in increasingly bizarre ways: jealousy regarding any woman who came up to Peter, refusing to contemplate a life without Peter, and eventually sleeping with Peter Bash's mother (a classic case of transference).  His jealousy over anyone taking precedence over him in Peter's life is as openly an expression of repressed homosexual desire as has been seen on television.  It didn't matter whether it was a woman Peter slept with (and as a side note, it seems curious how willingly Jared was to interrupt any coitus Peter had) or a dude Peter was hanging out with.  Jared seemed determined to have a world where he was the only person in Peter Bash's life.  Others could be in that world, but with regards to Peter, Jared had to be first among equals.

Jared rarely had girlfriends, unlike his roomie Peter.  It wasn't until Season Four that Jared had a story arc where he had a romance, unlike Peter, who seemed to have a new girlfriend every season.  Jared simply could not conceive of a life without Peter by his side.  He somehow imagined they would live their lives out together.

It's OK Your Royal Highness Elmo, Duke of Landingshire.  We don't judge.  You can even get married now.

Ultimately, Franklin & Bash started out well, only to descend into stupidity.