When Supergirl works, it works well.  When it doesn't, it's almost sad.  Blood Bonds, the second half of the first season, is a surprisingly strong way to restart the series, with a bit of a light touch at the end and revelations all around.

Picking up right where Hostile Takeover left off, the battle between Non (Chris Vance) and his wife's niece Supergirl (Melissa Benoist) ends in a draw, or rather, when Non flies off with DEO head Hank Henshaw (David Harewood).  The head of Lord Technologies where the battle took place, Maxwell Lord (Peter Facinelli) wants everyone out and is acting very mysterious...even for him.

Back at the DEO,  acting Director Alex Danvers (Chyler Leigh) wants to do a prisoner exchange: Astra (Laura Benanti) for Hank.  General Sam Lane (Glenn Morshower) is dead-set against this and has no problem using 'every means necessary' to get information out of Astra.  This is something Supergirl is dead-set against, but she doesn't have the power to get him to change his mind.

Kara is being pulled all over: not only is she struggling between her family and her job, but the delightfully bitchy Cat Grant (Calista Flockhart) is constantly needling Kara with her 'secret identity'.  Having come to the conclusion that Kara IS Supergirl, she won't let it go.

In order to get more information and help Kara, her sides of the triangle Winn Schott (Jeremy Jordan) and James Olsen (Mehcad Brooks) join forces to investigate the goings-on at Lord Technologies.  Olsen breaks in, but Lord is waiting for them, determined to hold on to his secrets.  He gives Olsen a nasty beating and a warning: next time he won't take it out on the camera (though Lord doesn't know of Winn's involvement...or so it seems).

Eventually Kara and Astra discuss things, and Alura's reputation is restored.  Over the loud objections of General Lane, the prisoner exchange does take place.  Non attempts a double-cross, but Astra, remembering the Kryptonian motto of "Blood Bonds Us All", tells Non and her troops to desist and honor the truce.  In the tense moments, Supergirl overhears Alex tell Hank he has to 'transform', and from that she learns Henshaw's true identity, which does come in handy in the most delightful way.

I think what made Blood Bonds such a good episode was a mix of a lot of things.  First, we got to see Kara/Supergirl come to terms with her family and its legacy: both Alura's benevolence and Astra's rage.  Supergirl comes close to going after Lord for hurting James, but it takes Winn (Jordan in a simply wonderful moment) to show her she is veering dangerously close to turning into her aunt.  The struggle between the two sides of her are a fascinating thing to see.


Another aspect that was perversely fun was in seeing James Olsen getting a right once-over.
Brooks' portrayal of the hunkier Olsen has been extremely divisive: some think it's a breath of fresh air, some think it's boring and blank.  A bit of me delights in the fact that Brooks, whom I'm leaning in the anti-group, gets beat up by someone even more beautiful than him.

Facinelli brings the cool, calculated nature of Lord to where he is not straight-up villain but hardly a hero.  "My security system isn't state of the art.  It IS the art", he coos so menacingly without making it ridiculous.  Lord is the most mysterious of figures in Supergirl, his motives very hidden.

One other aspect of Blood Bonds is also Flockhart.  She seems to be having fun putting Kara in her place, mocking her pretense about not being Supergirl until Cat Grant gets a wicked surprise: Kara AND Supergirl in the same room!  Benoist (playing both roles) and Flockhart play the whole thing so well it makes things amusing and clever.

I will say there were things I didn't care for.  I dislike General Lane intensely, a cartoonish, clichéd character who is really, really bad.  I'm not blaming Moshower since he is playing the part as given, but I really dislike how the character is, no subtlety whatsoever.  Also, who is surprised that Non would attempt something nefarious?  I'm not sure if Astra being injected with kryptonite is a subtle commentary on torturing enemy combatants, but the interpretation is there.

On the whole, I thought Blood Bonds worked far more than I thought it would, and think is another strong episode in a series that has had more ups than downs. 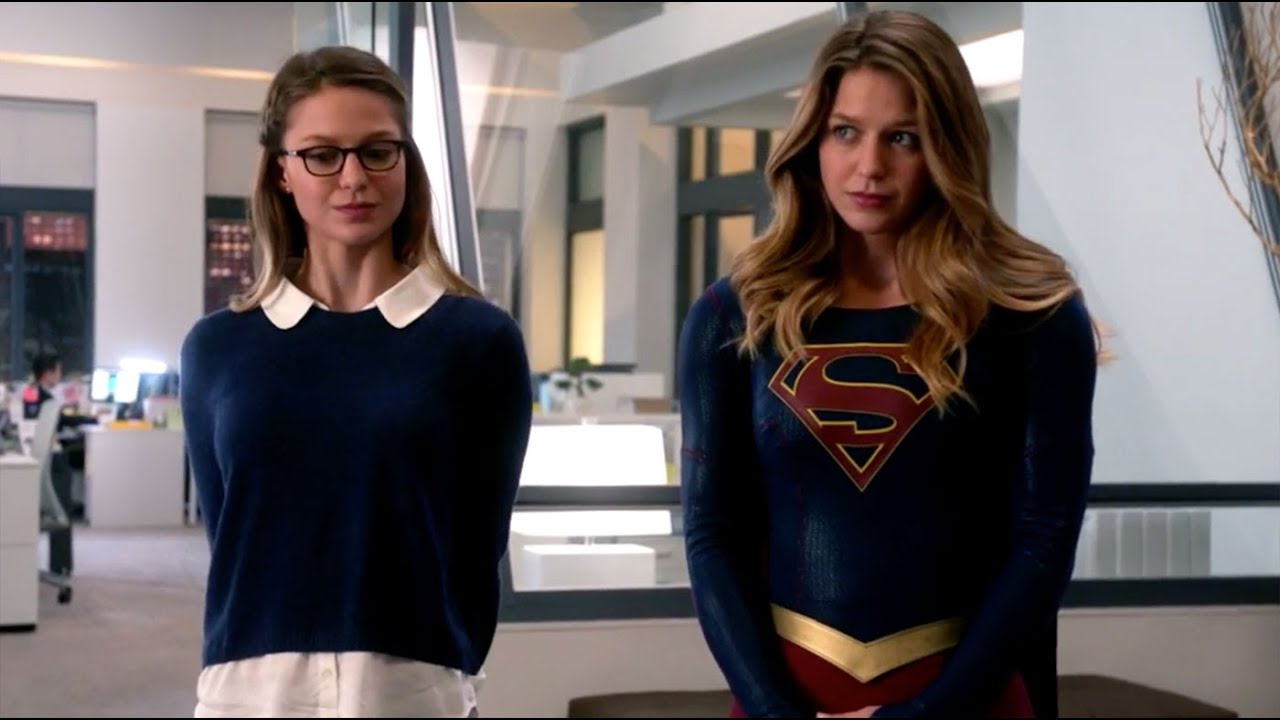 Next Episode: Childish Things
Posted by Rick at 2:30 AM