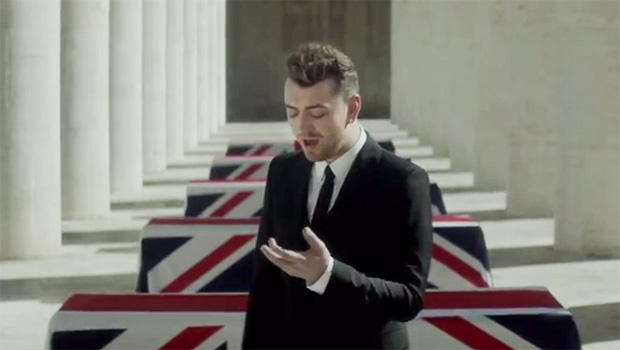 The first of a seven part series on seven categories for this year's Academy Awards.  Today, the nominees for Best Original Song.

I can't explain why Writing's on the Wall, a song written in twenty minutes and generally reviled by critics and Bond fans, became the second Bond Song to win Best Original Song.  Truth be told,  I disliked Skyfall too, but that's for another day.  Yet I digress.

The nominees for Best Original Song of 2016 are:


Audition (The Fools Who Dream): Music by Justin Hurwitz, Lyrics by Benj Pasek and Justin Paul

I think I might change my view on Emma Stone's singing.  It's not the greatest.  Having heard it, Audition is a nice ode to those who have big ideas, but as I hear it, I'm not overwhelmed with it.  Further, for a film that touts itself heavily as a musical, Audition isn't integral to the overall plot.  Granted, I'm shifting into a La La Land backlasher, sensing that my fellow critics have gone overboard with their anointing the film as the greatest musical of all time.  Even before the hoopla went bonkers for La La Land, Audition was the song most built up...but left me slightly cold.

The most ubiquitous of the nominees, Can't Stop the Feeling! was in constant rotation long before Trolls was released.  Justin Timberlake certainly thinks he's a musical genius, and I'm not going to lie: I do enjoy some of his music.  The fact that it was a big hit long before the film was released is both a good and bad.  Good in that it's probably the song most of the viewers have actually heard.  Bad in that Can't Stop the Feeling! isn't all that different from any other Justin Timberlake song.  Perhaps I'm a bit at a disadvantage since I haven't seen Trolls yet, but while it's peppy and fun, I don't see it as particularly memorable.

Again, while Stone isn't a terrible singer, Avant-garde actor Ryan Gosling is.  How he ended up on the Mickey Mouse Club with Timberlake leaves one scratching their head, but I digress.  I admit to liking City of Stars, finding a bit of melancholy behind what is supposed to be this generation's Singin' In the Rain.  Part of me now thinks, if you removed the songs from La La Land, would the film be an actual musical?  After all, my training when it comes to musicals is that songs are meant to be sung to either further the plot or express a character's emotions.  The opening song from La La Land, Another Day of Sun, is certainly in that tradition: as big a number as has been seen in film.  However, the songs get toned done, and when I think of City of Stars, it looks like our characters are writing the song rather making it a true duet.

The Empty Chair: Music & Lyrics by J. Ralph and Sting

The big shocker when the nominees were announced, documentaries are now a good way to get songs into contention.  Melissa Etheridge won for I Need to Wake Up from the documentary An Inconvenient Truth, the first documentary song to win.  Since 2006, five other documentaries have been in the running for Original Song, four of those courtesy of J. Ralph.  Curiously, he and his collaborator Gordon Sumner are the only returning nominees.  The Empty Chair, if anything, will depress viewers, it's mournful quality matching the tragedy of James Foley.  Perhaps J. Ralph just gravitates to dour subjects: his previous nominations are all for slow, mournful songs.  Despite Sting's participation, The Empty Chair, if it is played during the ceremony, will leave viewers wondering what it's all about (if it doesn't leave them hopeless miserable).

Again, I'm at a disadvantage in that I haven't seen Moana.  I can guess where it fits into the film (the line about trying to be a good daughter makes me think this song is before she sets off on her adventure).  How Far I'll Go is no Let It Go, a big showstopping number is almost built for a Broadway show.  It isn't even a Happy, a song that you can sing along to.  It's not a bad song, but given that it was written by Miranda, still on a high kick with Hamilton: The Musical, one wonders if How Far I'll Go is even the best song in Moana, let alone of all the five nominated.

I'm not impressed with our slate of nominees.  I think the Academy made a lousy decision to exclude either Runnin' or I See A Victory from Hidden Figures, both songs that I think are frankly more memorable, even more upbeat (with the exception of Can't Stop the Feeling!, which is really peppy). Regardless of which song actually wins, none of them will be mentioned with Over the Rainbow or High Hopes or Lose Yourself.   I think the winner, whichever one it ends up being, will be relegated to the likes of In the Cool, Cool, Cool of the Evening, Sweet Leilani, or more recent winners.

Writing's on the Wall.  Skyfall.  We Belong Together. Man or Muppet.  All those won Best Original Song this decade, and yet I doubt anyone really remembers them, let alone can sing them or even remember what film they came from.  In this decade, I think only Glory from Selma and Let It Go will carry on to immortality.  This year, we're going to get another Skyfall: a song people thought was good at the time, but that will fade into obscurity.

As I look at the nominees, there is one that I do like and think will win, and one that maybe might prove me wrong.  However, I don't hold out much hope for it.

City of Stars
Can't Stop the Feeling!
How Far I'll Go
Audition (The Fools Who Dream)
The Empty Chair
Posted by Rick at 1:00 AM