The fifth of a seventh-part series on this year's Academy Award nominees.  Today, the Best Actress nominees of 2016.

First, a look at the five nominated actresses in this category, then some thoughts as to how we got here and who will win.

The Nominees for Best Performance by an Actress in a Leading Role Are:

Haven't seen it, but from what I gather Elle is a very divisive film.  Almost everyone seems to love Huppert's performance as a rape victim who goes after her attacker, yet many detest the graphic nature of Elle.  Again, not having seen the film I'm in a bit of a disadvantage, but given that few have said anything bad about Huppert herself, her surprise win at the Golden Globes, and the Academy's general reluctance to even nominate non-English language performances, Huppert cannot be dismissed so quickly. Another film I haven't gotten around to.  Loving is the true story of Richard and Mildred Loving, a Virginia interracial couple whose marriage got them arrested in their home state.  They sued and the case went all the way up to the Supreme Court, which ruled that Virginia's miscegenation law was unconstitutional, allowing for interracial marriages to be legal in all fifty states.  While I haven't seen Loving, I suspect that its release now, so soon after same-sex marriage was made legal and after we had our own biracial President, was not entirely coincidental.  Yet I digress.  Negga was the surprise nominee in our list (Huppert not a big surprise), most people expecting Amy Adams to be in the list.  As such, the critical and popular acclaim for Negga cannot be ignored either.

The first of two nominated performances I have seen,  Portman is absolutely devastating in Jackie.  She has to do two things.  The first is to make us believe she is Jacqueline Kennedy, and Portman gets everything right about the former First Lady: her voice, her mannerisms are all spot-on.  Mimicry is one thing, and you do get Oscars for that (ask Eddie Redmayne), but Portman doesn't just imitate Mrs. Kennedy.  She also plays a grieving widow: shell-shocked by being next to her husband when he's assassinated, attempting to keep her sanity as the world watches her.  The grief, the spiritual torture, the agony, the heartbreak, even the cold calculated manner which she will control both the state funeral and John F. Kennedy's place in history are all there in her simply impeccable performance. 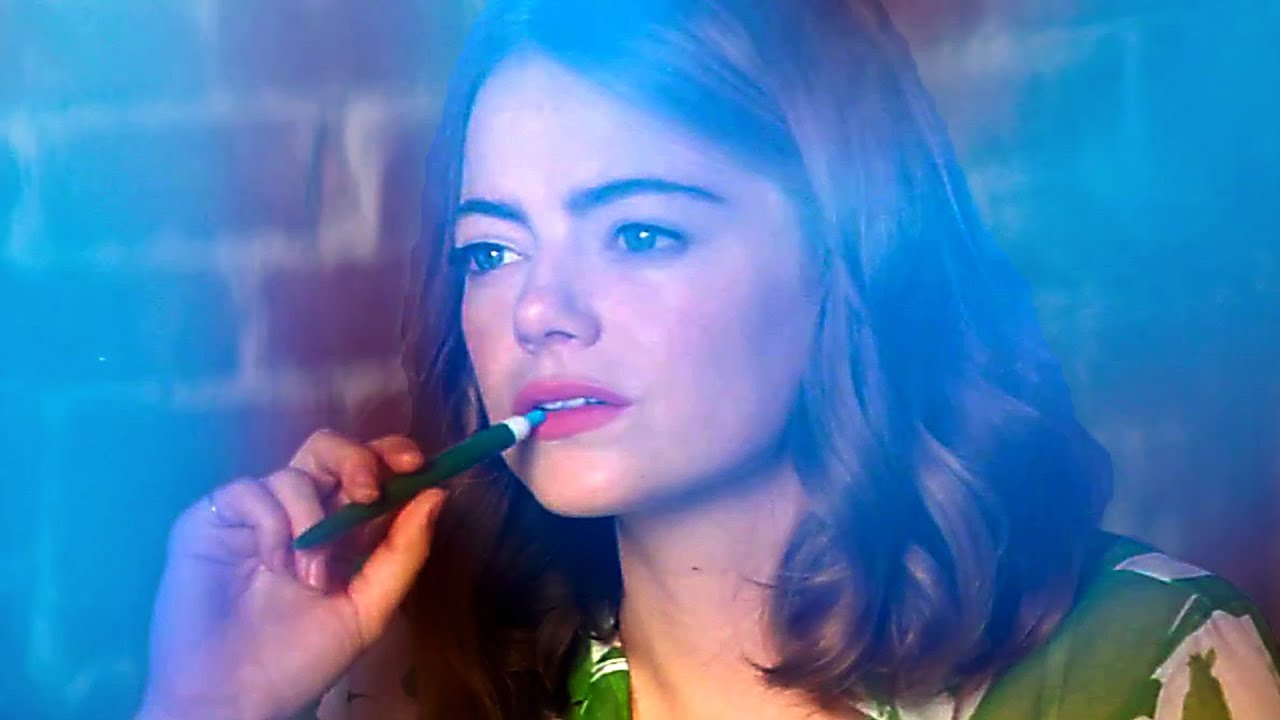 "Cutesy" is the term I keep coming back to again and again when I think both of La La Land and its leading lady, Emma Stone.  The second of the two nominated performances I have seen, I do think well of both the film and Stone.  It is a hard thing to do: act and 'act' whenever she has to audition for a role.  She also, unlike her costar, Avant-garde actor Ryan Gosling, can sing (albeit not as well as say, Amy Adams). That being said, I'm getting pushed into hating both La La Land and Stone's performance precisely because so many are so passionate about them.  Too many people are pushing this narrative that La La Land is some sort of cinematic miracle, a turning point in cinema, the Millennials' Singin' in the Rain, a movie that maybe even outdoes Citizen Kane or 8 1/2 in terms of brilliance.  It does not.  As for Stone herself, it's a good performance, she's a good actress, but this is nowhere near the best performance.

Thank President Donald Trump for this nomination.  I'm one of millions who didn't see Florence Foster Jenkins, and while I trust Streep gave a great performance (she rarely gives bad performances), I think she would not have gotten the push to a nomination if not for her fiery 'brave' speech at the Golden Globes.  On a personal note, I was not amused when she oh so smugly went after football and Mixed Martial Arts fans, sneering that without her (or Negga, Avant-garde actor Ryan Gosling, Amy Adams, or Dev Patel), we'd be stuck watching nothing but football and MMA.  Oh, the HORROR!  I know many, many people who'd be thrilled to watch nothing but football and MMA, and they are not stupid or uncultured.  Perhaps because I happen to be one of them.  One weekend, I went to the El Paso Symphony and a UTEP basketball game.  #ForgiveMeMerylStreep.  Next time, I'll skip the Super Bowl and watch She-Devil and Death Becomes Her instead.

It's been a long strange trip for Natalie Portman.

When the Oscar race began, her turn as former First Lady Jacqueline Kennedy in Jackie was seen as a lock, with no one able to dethrone her.  However, like another former First Lady with grand ambitions, if Portman wins, it will look almost bizarrely like an upset.

Things were going swimmingly for Portman.  Then came the Golden Globes, where everything began to go wildly wrong.  Not one, not two, but three women managed to, in their own way, take the wind out of Portman's sails.

Emma Stone won Best Actress in a Musical/Comedy for La La Land.
Isabelle Huppert beat out Portman for Best Actress in a Drama for Elle.
Meryl Streep gave a speech that made her beloved in the leftist world of Hollywood, spurring her into a nomination for Florence Foster Jenkins.

From that point, Portman's once-inevitable march to a second Best Actress has all but collapsed.  The slack has been picked up in particular by Stone, whom everyone is enchanted with as the very cutesy Mia in the obsessively adored La La Land.  Stone's own march now looks more secure: she's been beating out Portman at every turn.  The Academy tends to favor younger actresses in this category, particularly if said actress becomes the 'It Girl', and films that are about actresses are almost catnip to Academy members.  Normally, biopics are a good way to win Oscars, but that tends to favor men than women: females don't win as many Oscars for playing real-life figures as males.

Cutesy will beat out devastating this year, I fear.