I Am Another You: A Review 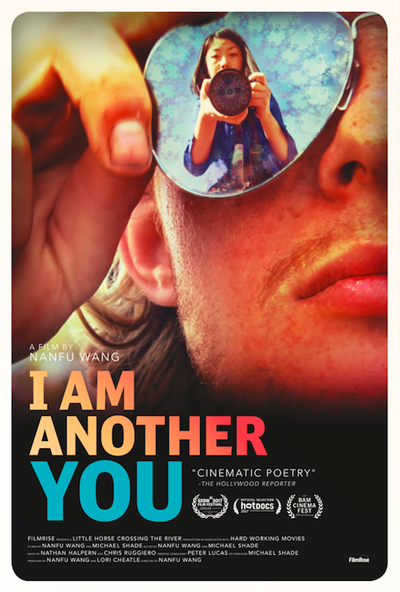 I AM ANOTHER YOU

Dylan Olsen, the subject of I Am Another You, remains a curious enigma after the documentary ends.  Part of it may be because director Nanfu Wang, who lived with him briefly while chronicling their tramping about the United States, is not sure who he really is.  Is he the nonconformist who lives free and easy?  Is the the narcissist who thinks the world owes him a living?  Is he the mentally ill ex-Mormon who is in need of serious help?

Maybe he's a little of it all.  Wang, as a foreigner, has a unique vantage point into the issues of apparent freedom versus mental illness that Olsen displays, and I Am Another You opens up this curious tale of someone who may not be who even he thinks he is.

Wang has come down to Florida with her camera and wants to document people, but it is Dylan who intrigues her the most.  He seems a free spirit, homeless by choice, living on his wits and the kindness of strangers.  He also has a touch of the philosopher, if his ideas like "being lost is where I'm found" sound like a bunch of hippie-drippy nonsense to me.

Bit by bit we learn about Dylan: a 22-year-old college dropout, he's from Utah and was a Mormon "for about five seconds".  We see how he is able to find rapport with all kinds of people as he travels the States, and how remarkably kind people are.  One New York family vacationing in Florida gives him money and their phone number, and various people freely give him aid. 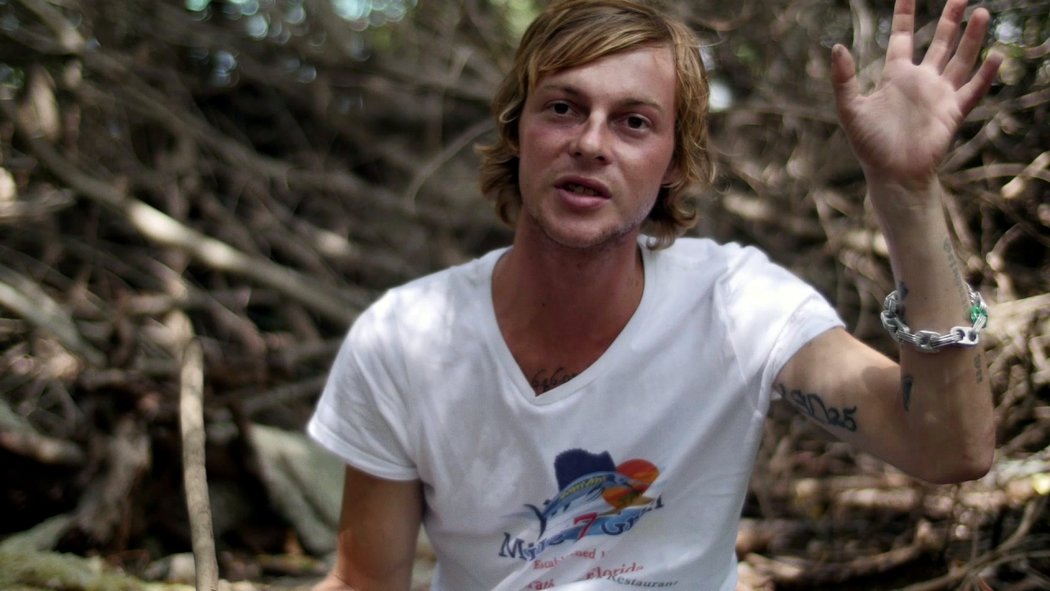 However, as Dylan and Nanfu continue their sojourn, she sees shifts in him, a bit of arrogance and selfishness.  A local shop has given him free bagels, but rather than be grateful for it, he starts trying to sell them and ultimately throws them away.  He says that if people see him with food (bagels in this case), he won't get money to get what he'd really like: beer.  Disgusted, Nanfu and Dylan part ways.

Two years later, in 2015, Nanfu finds herself in Utah, continuing work on another documentary she's been doing on Chinese labor practices.  Remembering Dylan, she seeks out his family.  To her surprise, she finds that the Olsens are a remarkably respectable middle-class Mormon family.  Dylan's father John is a police officer who specializes in child sex crimes, and his brother Ashton is the polar opposite of Dylan: a deeply religious young man with a passion for the piano.

Dylan's father and mother, whose divorce may have impacted Dylan's rebelliousness and drugs-taking, struggled with him.  Ultimately, Mr. Olsen knew he could not bound Dylan and gave him $400 and a bus ticket to San Diego (making sure he got on the bus, fearing Dylan would lose the money or sell the ticket for drugs).  In a particularly sad moment, John said that the day Dylan left was one of the three saddest days of his life: the day he buried his first-born son and the day of his divorce being the other two.

It was a while before Dylan contacted him, and both Dylan and Nanfu were there for John Olsen's second wedding.

Things appear to be turning a corner, when yet again Dylan's nature gets in the way.  Seeing footage of their time together, Dylan delights in his antics and saying, his cursing and behavior troubling Ashton.  It's not long before Dylan sets out once again, only this time he does admit to having an actual mental disorder.

I Am Another You leaves Dylan to his own devices, someone who floats between nonconformity and insanity. 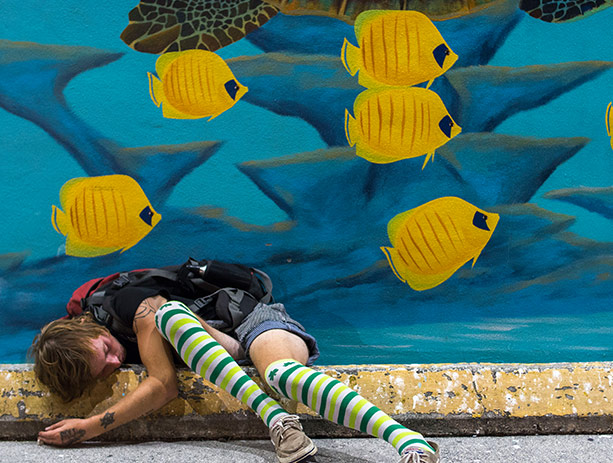 The film is all over the map, metaphorically and literally, but in this case, that is a good thing. Just when you think the film is going one way, life takes it another.  At first, Dylan's worldview of 'eating, happiness, community' sounds almost wonderful, someone who is just going with the flow and not worrying about holding down a job.  I began to wonder if the film was romanticizing homelessness.

Then it shifts and we see that Dylan is not this ethereal flower-child.  He is instead someone who is selfish, self-centered, and thoughtless, one who abuses the kindness of others for his own ends.

When we go to Utah, it shifts again to where we see Dylan is the product of a basically good home, but someone who has mental health issues coupled with addictions (Dylan would sell his medication for harder drugs).  His family loves him, but they also despair as to what he did and does to them.  Ashton in particular, who if memory serves right is not interviewed, is distressed at how his older brother is: no respect for his home, his faith, or him.  Dylan's father too finds that Dylan cannot be contained, and as a cop he knows both the dangers his son faces and the dimming prospects for his future.

Far from being the tough cop, we see Mr. Olsen as an ordinary man who knows there are no solutions to this situation if his beloved son does not want them.  He loves Dylan, and is even proud of him, but he also recognizes there is nothing he can do for him.

I Am Another You has you look at the issue of homelessness, which more often than not is mixed with various forms of mental illness from mild to severe.  The issue of addiction also plays a role in both homelessness and Dylan Olsen's life: he admits to essentially medicating his mind with alcohol. I'm reminded of how a very special episode of The Golden Girls covered homelessness.   There, the reasons for it were economical: the fifty-year-old black hotel porter who couldn't find a job despite looking, the senior citizen who no longer had any money to pay for the nursing home.  The closest to how it displayed the homeless in the way Dylan Olsen was homeless was the young man who had a doctorate who admits he's an alcoholic.  There was no mention of mental health.

Unlike the message The Golden Girls' episode Brother, Can You Spare That Jacket? had (no one wants to be homeless and is only such due to circumstances), I Am Another You shows someone who of his own free will is wandering the streets, living day-to-day.  Then again, given his mix of mental health issues and his own ideas (particularly those rejecting medication or 'conformity' in his family and community), how much of Dylan Olsen's homelessness is truly voluntary?

Dylan Olsen begins as a lovable vagabond, then into a selfish prick, then as a troubled young man.  I think he can be all those things.  The simplistic reactions to the homeless, be it either 'they wouldn't be there if they had another choice' or 'they are there because of their own bad decisions' really don't fit, at least with him.  I Am Another You looks at this from a foreigner's eye: part travelogue, part character study.

We ask not just about Dylan, but about all those we see on the streets, not just who they are or how they got there, but whether this is what they want or what factors internal or external brought them to. Maybe they themselves truly do not know.