The 2019 Live Action Short Film Oscar nominees run from 16 minutes to 23 minutes. One nominee, Brotherhood, was already reviewed in a previous review of a set of short films. Only one of the nominees, The Neighbors' Window, is in English.

As last time, first a review of the films themselves followed by an overview.

An emergency services operator (Veerle Baetens) receives what first sounds like a wrong call until she realizes the caller, Alie (Selma Alaoui) has been kidnapped but was able to call under the guise of calling her "sister" by her abductor, Dary (Guillaume Duhesme). As the operator attempts to track Alie's location to send for a rescue, Alie continues her attempts to not let Dary know.

A Sister in its short running time is tense and gripping, a credit to writer/director Delphine Girard. She flows from the emergency services call center to the travelling car without impeding said flow. She also draws excellent performances from her cast. Baetens maintains her composure as the crisis escalates, while Alaoui makes Alie's growing fear and panic one that is barely controlled. Duhesme had the smallest role as Dary, so it's hard to say how good or bad he was. A Sister also did look a bit dark to follow, but in its short running time it is a well-crafted, straightforward story that does keep you on the metaphorical edge of your seat. 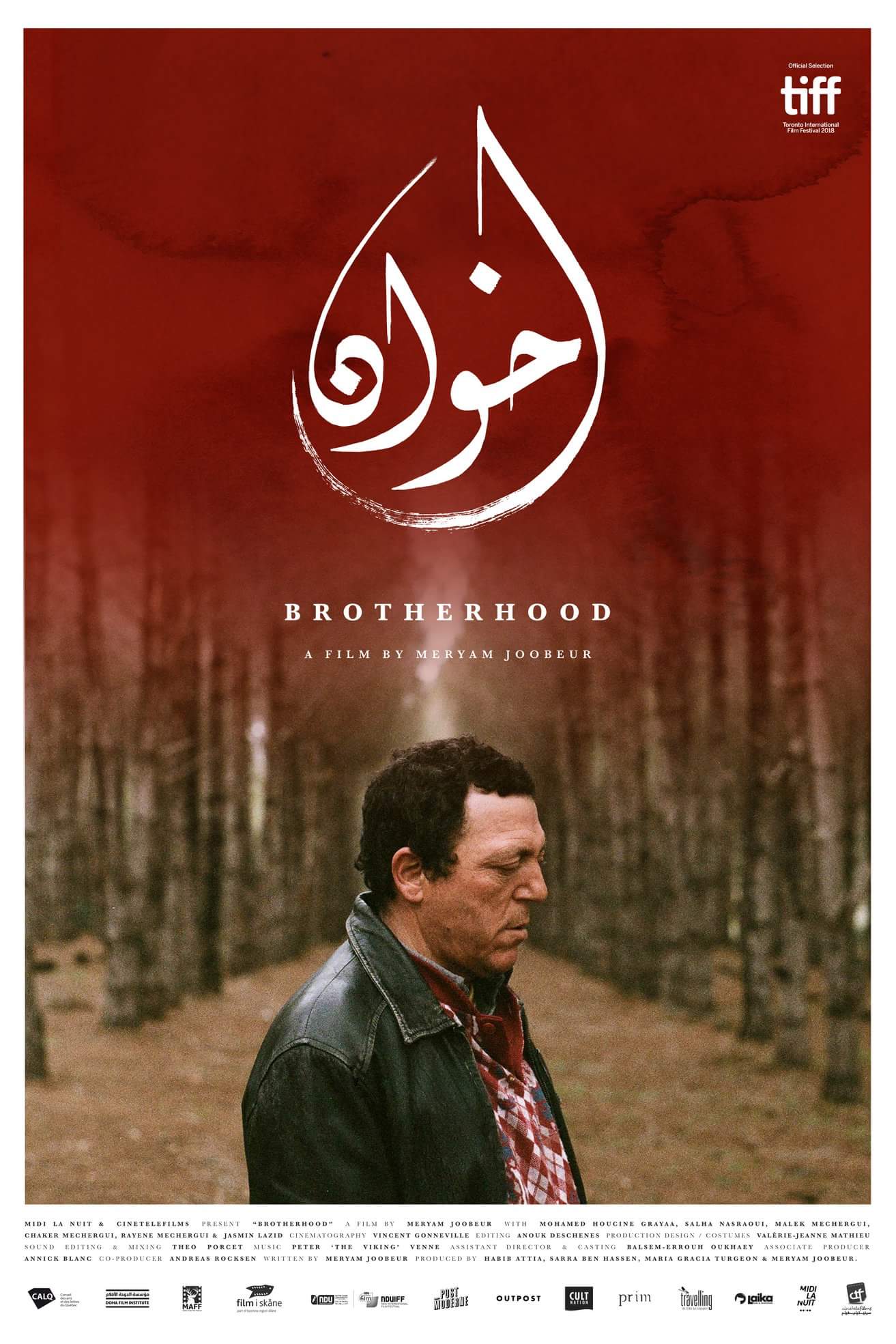 The Neighbor's Window (20 minutes, in English)

New York City husband and wife Allie (Maria Dizzia) and Jacob (Greg Keller) have two kids and a third on the way. They're living their routine lives in a bit of a rut until they happen to accidentally spy on their neighbors across the way. They are a hot, young couple who seem to be living it up: endless sex and parties for our Millennials versus our Gen X couple who have grown stale. Both of them are guilty of taking peeks every so often at the cooler neighbors, but as time progresses only Allie seems to notice that things are not as they appear to be. In the end, she finds that her life, routine, plain and placid as it may be, perhaps is as worthy of envy, something that can go both ways.

The Neighbors' Window is an exceptionally well-acted film from everyone, in particular from Dizzia and Keller as our somewhat frumpy but essentially decent and ordinary people. They both gave beautiful, moving performances and most importantly making Allie and Jacob relatable, realistic people. Dizzia is a wonder as Allie, her frustrations of life evolving into a true appreciation of the blessings her life is. Keller too is exceptional as Jacob, a bit clueless but a well-rounded, average guy doing the best he knows how. As much as The Neighbors' Window draws open inspiration from Rear Window, the film was inspired by true events, and it's a credit to writer/director Marshall Curry that he managed to make Allie and Jacob surprisingly not creepy in their voyeurism.

Actually, he managed to make things almost amusing. Early on, an envious Jacob remarks that the neighbor (Juliana Canfield) was "flexible". Almost as a retort Allie replied that the guy was "hot too". "I didn't say hot. I said flexible," Jacob replies in a mixture of innocence and defensiveness. Curry, a documentarian who made both one of my favorite documentaries (If A Tree Falls) and one of my least favorite documentaries (A Night at the Garden) ventures into narrative film in an exceptional debut.

In its brief running time, The Neighbors' Window tells a deeper, richer story than many a feature length film. It even manages a nice musical montage with Nobody Else Will Be There by the band The National. Deeply moving if perhaps predictable in the 'twist', I'm not ashamed I shed a tear or two.

Based on a true story, Saria is about young orphans in Guatemala's Virgen de Asuncion Home. Saria (Estefania Tellez) has devised a plan to escape and travel to the United States. While she wants her best friend Ximena (Gabriela Ramirez) to go with her, Ximena wants to pursue "Green Shirt", a young boy on the male side of the orphanage. "Green Shirt", real name Appo (Jorge Avila), reciprocates Ximena's feelings, and eventually he wins Saria over too to flee the hellish Guatemalan home that makes Dickens Oliver Twist look like the Ritz. Things culminate on March 7, 2017 when the girls lead a mass protest/riot that does allow hundreds of the residents to escape. Captured the next day, other girls start a fire to force the evil female guard to open the door while Saria and Ximena dream about another attempt. We learn that 41 girls died in that fire, that it was nine minutes before the doors were opened as they burned alive, and that no one has been convicted for the murders of children.

Saria is to my mind more a docudrama and advocacy film than a straightforward narrative film, even if based on a true story. It is a story that must and should be told, but at times writer/director Bryan Buckley seems to go overboard. The film ends with the on-screen text, "Their cries for freedom will not be silenced," and you wonder if perhaps in this horrifying case, less would be more. To his credit we do have some of that: while not overtly stated it is pretty obvious that Saria is at one point raped, but Saria has other problems. Some of the translations aren't accurate (as I speak Spanish, sometimes the subtitles didn't match what was actually said) and as the girls were scrubbing the floor I did start hearing It's a Hard-Knock Life playing in my head. Saria is at times a hard film to see, but while the story is an important one something about it seemed a bit off. 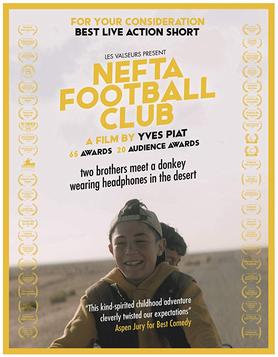 Tunisian tween Mohammed (Eltayef Dhaoui) and his younger brother Abdallah (Mohamed Ali Ayari) come upon a strange creature: a donkey wearing headphones. The donkey, who wandered in from neighboring Algeria, is also carrying a particular powder in its bags. Mohammed quickly realizes what said powder is, but Abdallah is oblivious to it, believing Mohammed's story that it is "laundry detergent" and puzzled over why Mohammed wants it so badly. Unbeknownst to them, bumbling drug traffickers Salim (Lyes Salem) and Ali (Hichem Mesbah) are in search of their literal 'drug mule'. Owing to Ali's misunderstanding of "Hadel" for "Adele", he put the wrong music on for the mule, which was trained to go to a specific spot with Adele's music but now is wandering in confusion. Mohammed sees the "laundry detergent" as a way to make a fortune, but when he can't find it, he knows Abdallah had a hand in its disappearance. He finds to his horror that Abdallah has used his own child wisdom to use the "detergent" to settle a much more important issue: the boundaries of a football (i.e. soccer) field.

Nefta Football Club is the only straight comedy of the nominees, a delightful story that is simultaneously sweet and amusing. You can't help but be charmed by Abdallah's innocence, whether it's when he's rocking out to some didgeridoo or explaining what the "detergent" is really for to an astonished Mohammed. We even get to see the humorous side of drug running via the inept Ali and the sensible Salim, a curious double-act in the Abbott & Costello mode. Whether it's Ali's worry that he'll miss the soccer match or explaining how he could get "Adele" and "Hadel" confused they are the amusing equal to Mohammed and Ali.

Writer/director Yves Piat crafted such a strong and hilarious story that a donkey wearing headphones is perhaps the most sensible creature around. Charming, sweet and amusing, Nefta Football Club is a sheer treat.

The five nominated Live Action Short Films are all quite good, with Saria being the weakest of the bunch. They delve into some serious subjects: the impact of terrorism, crime, death, but most manage to do so without being heavy-handed. After seeing Brotherhood, I thought it had the strongest chance to win when I saw the nominations, but now I think that it has serious competition. This is as especially strong slate of nominees in that all have a good shot to win.

As I look at them, I really think it will come down to two: The Neighbors' Window and Nefta Football Club. While the latter was a comedy, the former had funny moments. Moreover, it managed to keep the shift from light to sad without bungling that transition. Finally, I think The Neighbors' Window has an advantage due to it being the only English-language nominee.

I would be thrilled if Nefta Football Club won and it has a very strong chance, but for now I think it will be The Neighbors' Window that will give four-time Oscar nominee Marshall Curry his first win.

The Neighbors' Window
Nefta Football Club
Brotherhood
A Sister
Saria
Posted by Rick at 11:35 AM