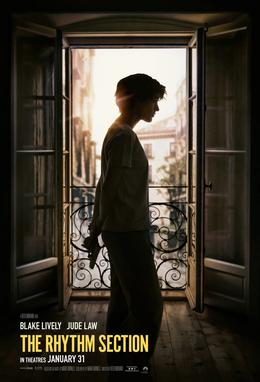 The Rhythm Section is not just 2020's first certifiable bomb. It's probably one of the decade's biggest bombs, a film that flopped so hard and so fast that it essentially was pulled from theaters a week after it premiered and pulled a week after hitting second-run theaters. The Rhythm Section is almost indescribably bad, a bungled fiasco that if not for it being deadly dull would make for stunned viewing.

Three years after a plane crash killed her parents and siblings, the trauma has turned Stephanie (Blake Lively) into a heroin-addicted hooker.

I guess psychological therapy wasn't available, but there it is.

After learning from reporter Keith Proctor (Raza Jeffrey) that the crash was really a terrorist attack, Stephanie, our drug-addicted hooker, is going to take down the terrorists masterminds who killed her family.

After Proctor's murder, she uses the only clue she has from him and finds Ian Boyd, known as B (Jude Law), an-ex MI6 agent who reluctantly trains her to be an assassin. Travelling to exotic locales from Madrid to Tangiers to New York, Stephanie (under the pseudonym Petra) hunts down those involved with varying degrees of success. With information trader Mark Serra (Sterling K. Brown) feeding her tidbits on the cell, Stephanie/Petra gets her vengeance. However, as Boyd now finds himself in MI6's good graces, he warns her that "Petra" has to disappear, but will she? 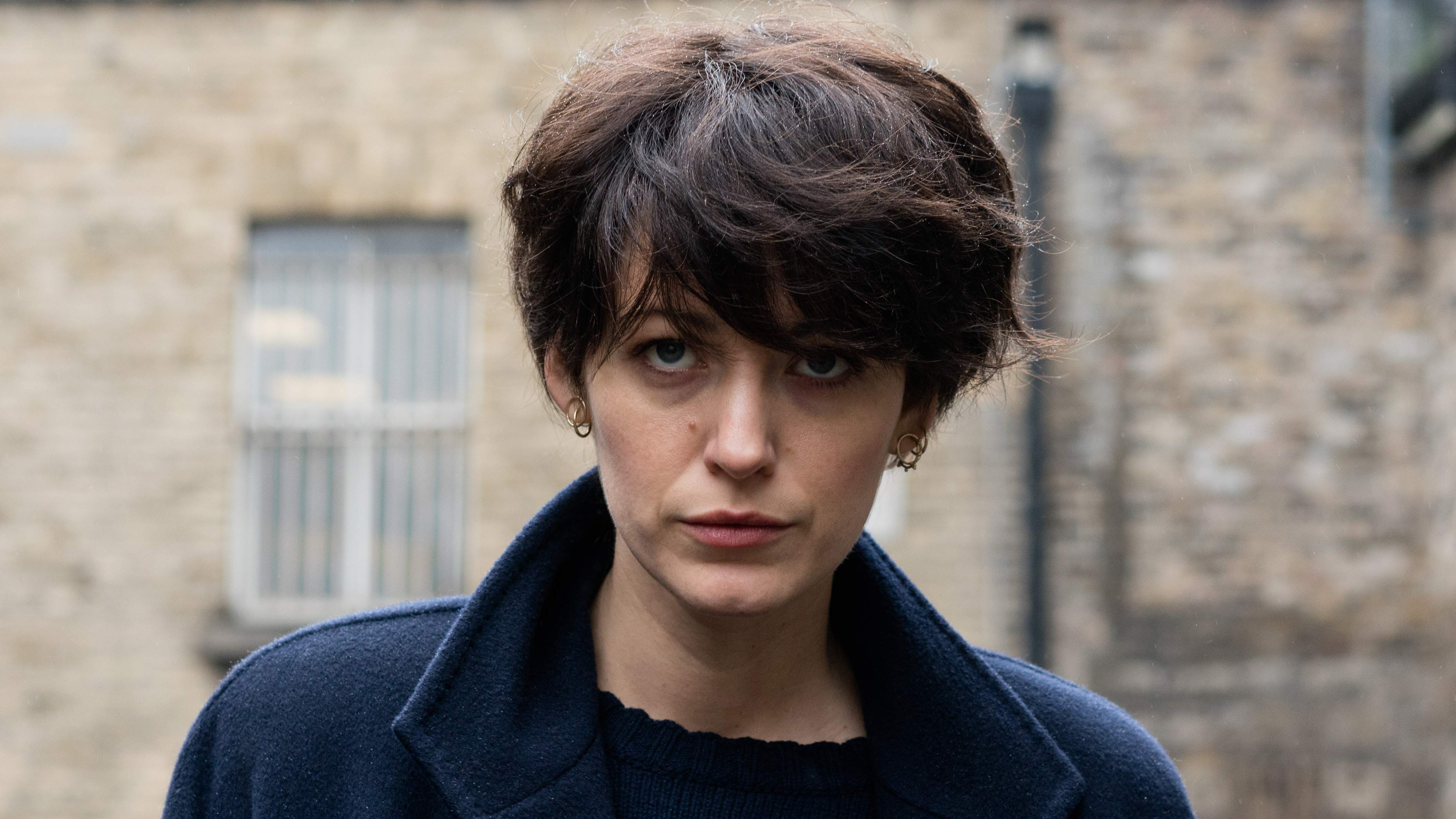 While I have yet to see it, I theorized that one reason Doctor Sleep bombed was because the title was so opaque that audiences could make no sense of it. Moreover, "Doctor Sleep" sounded boring. Likewise, The Rhythm Section sounds odd to perplexing, having little to do with the actual tale of revenge. For clarification, "the rhythm section" has nothing to do with music, but with the heart rate of our generally inept assassin.

I think The Rhythm Section will be studied by future film students in the course "Don't Let This Happen To You". It isn't that Mark Burnell's adaptation of his novel does not have possibilities, however oddball or irrational they may be. It's that every time the film comes close to being interesting, a poor decision be it in editing, score, cinematography or directing undercuts it.

For example, when meeting with the parents of another victim to finance her vengeance, the camera not only loved spinning around but the scene was so overwhelmed with light it all but washes everyone out. The Rhythm Section is filled with such visually and script-wise incomprehensible moments. What is meant as a climatic chase ends up looking like a bad amusement park ride, one of those where the projection screen shows the roller coaster while your seat moves.

Director Reed Morano for reasons known only to her opted to try and make The Rhythm Section more erratically stylized than coherent, making a story already somewhat dumb more loopy. At said climatic chase we see shots of Stephanie ineptly driving, then the camera turns to see what she sees through the car windshield, then turns back to Stephanie, and repeat. For what was meant to be "exciting", it looks almost comical.

At least twice Joan Sobel's editing made things if not confusing at least idiotically jumbled. Morano and Sobel opted to cut sequences in such a way as to make the viewer unsure if things were actually happening or were more Stephanie's imagination.

When attempting to kill Giler (Max Casella), the financier of the terrorist cell, we jump from her "call girl" near-assassination to her preparing herself in the bathroom and back to her and Giler then returning to her preparing herself and back and forth to where one gets whiplash. The almost lush visuals drowning in dark red which makes things almost hard to see adds to the general confusion.

Even worse, The Rhythm Section has a sequence where Stephanie and Mark apparently become lovers, but as filmed with their voiceovers it looks like a fantasy sequence. The viewer is left almost perpetually puzzled as to whether events are real or not, and after the film, I figure Serra is the mastermind U-17, though exactly how anyone reached that conclusion is also a muddled mystery.

Granted, perhaps that was explained, but The Rhythm Section is hopelessly sleep-inducing, probably in large part to those fantasy-like sequences where it would have been better if we found out the whole thing was Stephanie's imagination in an asylum or a Dallas-like "it was all a dream". It would have made more sense that way at least.

The film, in those moments where we can stay awake, also wants us to believe simply laugh-out-loud hilarious moments. We already have this wild notion that this skinny, heroin-smoking whore is somehow an elite assassin. However, Stephanie is amazingly inept at every hit-job she tasks herself at. One scene has her nearly killed by a guy in a wheelchair, and the only reason he dies is because he didn't get to his oxygen tank in time. She also couldn't kill Giler, and the only reason he dies is because Boyd put a bomb in his car.

That bomb, we're told, killed his two children too, but as acted by Lively and Law there isn't any hint of genuine emotion.

The performances are all so dead, as if they were told to speak whatever lines they were given but expressly told not to show emotion. Lively, to her credit, really did try and managed a respectable British accent, but there was nothing she could do. Law looked bored, as if keeping one eye for the check to clear. Casella was unrecognizable, but that's not a compliment, and my guess is that Brown
was just happy to get a trip to Madrid out of it.

It's absolutely astonishing that experienced producers Barbara Broccoli and Michael Wilson, the step-siblings behind the James Bond franchise, could have sat through The Rhythm Section and thought it was anywhere near releasable. More astonishing is the suggestion, ever so vague, that this could possibly be a franchise.