Summer Under the Stars 2021: Some Thoughts 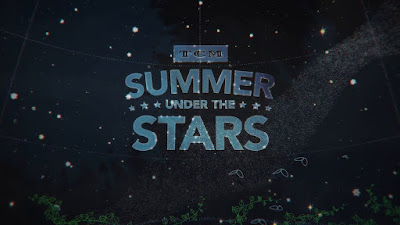 As we come again to Turner Classic Movies' Summer Under the Stars, I see that TCM sticks to the familiar in both terms of programming and players.

It sticks to the familiar when it comes to patterns. We have at least one minority, one silent, one foreign and a few living actors featured on each day. This year though, we got a few surprises.

For the African-American slot, TCM brought on board Louis Armstrong, a musical genius not known for his feature films. Sadly, it's a sign of the few films they could find or show that the documentary Satchmo: The Life of Louis Armstrong, is being shown twice on his day. I find this odd since Paris Blues featuring Armstrong could easily be slotted in. In fact, I thought Paris Blues was part of the lineup, so seeing it not listed took me by surprise.

As a side note, I find that this year TCM is featuring a surprising number of performer-related documentaries versus feature films, which to my memory they have not done in past years. There's the aforementioned Satchmo, then there's James Cagney: Top of the World, Katharine Hepburn: All About Me and Kim Novak: Live From the TCM Film Festival for those players' respective days. Seems strange to delve into documentaries rather than feature more obscure or lesser-seen films. It is stranger given that they opted not to or weren't able to get more recent documentaries for other players such as Ingrid Bergman: In Her Own Words or Jane Fonda in Five Acts to show for their days.

It would be nice if on occasion TCM showed something within this century once in a while apart from TCM Underground.

They could also have come up with A Conversation With Gregory Peck or Judy Garland: By Myself for their days. My thinking is that because the Bergman, Fonda, Peck and Garland documentaries were not TCM or Turner-produced they weren't going to show them, which is understandable. If they felt more adventurous however, perhaps TCM could create original documentaries to fill in some slots. Certainly it might do better than showing many-screened films again.

Showing the Novak appearance at the TCM Film Festival to fill her day is more surprising given that for Charlton Heston last year they opted not to show Private Screenings: Charlton Heston when it easily could have fit into the programming and as far as I know is available to them.

We have Ramon Novarro filling in the Hispanic and silent film star slot, who is one of the surprisingly high twelve debut players for Summer Under the Stars. He makes his first appearance on SUTS as do Armstrong, Eve Arden, Richard Burton, Maurice Chevalier, Setsuko Hara, Tony Randall, Robert Redford, Margaret Rutherford, Robert Young and the comedy duo Abbott & Costello. Another debut, George Segal, is featured more than likely as a de facto tribute due to his March 2021 death.

In a sense, seeing so many new Summer Under the Stars players is a step forward, allowing for a chance to move beyond what we've seen before. However, some habits are hard to break: Bette Davis and Katharine Hepburn have probably had more than their fair share of SUTS appearances, so unless they venture into more esoteric territory in their filmographies we're set for some more Greatest Hits marathons.

It's interesting that for Bette Davis, TCM is showing the 1945 film version of The Corn is Green. Wonder why TCM couldn't or wouldn't show Hepburn's version made for television in 1979. It would make for an interesting comparison.

The foreign film star slot is also surprising. Japanese actress Setsuko Hara makes her debut, and to my memory this is the first time I have seen a non-European performer given his/her own SUTS day. The last time I believe a non-European performer received a SUTS salute was in 2012 with Toshiro Mifune. That means that despite the potential of Asian, African or Latin American actors to be featured it has taken nearly a decade to move out of the Continent.

Note that when I speak of Latin American performers, I don't mean those who made English-language or silent films like Dolores del Rio, Ricardo Montalban, or Novarro. I look towards those like Maria Felix, Mario Moreno "Cantinflas", Libertad Lamarque or Silvia Pinal (the last one still living as of this writing).  To be fair, both Arturo de Cordova and Pedro Armendariz, Sr. could easily fill in slots in both English and Spanish-language films, but I figure that if TCM opted not to show any of del Rio's Mexican films I doubt we'll be venturing South of the Border.

The living performers of Novak, Fonda and Redford might allow for more contemporary films, but the most recent one will be 2001's The Last Castle for Redford. At least to be fair it is better than last year, where 1996's The First Wives Club was the newest film as part of Goldie Hawn day. I'm not arguing that Turner Classic Movies show Monster-in-Law or Captain America: The Winter Soldier, but maybe it wouldn't hurt to venture into something like All is Lost for Redford or Youth for Jane Fonda. It would allow a chance to see these performers' autumn work and introduce new films to audiences that probably missed them in theaters.

It might also be nice if TCM ventured into lesser-known films in the various performers' filmography. For Katharine Hepburn, perhaps the lesser-known or seen The Trojan Women or Long Day's Journey into Night rather than another showing of Bringing Up Baby or The Lion in Winter. Peck could get Arabesque, Old Gringo, The Chairman or Other People's Money, films again less familiar to most audiences.

I look forward to this year's Summer Under the Stars, making new discoveries. On the whole, I find this a more interesting venture than last year.

For 2021's Summer Under the Stars, it's a case of one step forward, one step back.