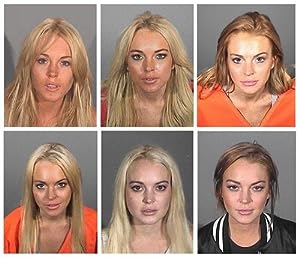 I watched Countdown With Keith Olbermann tonight with guest host Lawrence O'Donnell (no James Thurber bedtime stories tonight, I see). The Top Story was the travails of Lindsay Lohan. Discussing this matter with entertainment reporter Jim Moret, Mr. O'Donnell seem to suggest that it was the fact that at age 11, while others were trying to learn math, she was making The Parent Trap, and that this, the idea of a child in a career in showbiz, led her to end up behind bars.

I think this is the wrong attitude to take in this matter. I will agree with him that her parents were rather frightful people too wrapped up in gaining from their daughter's work to actually guide her in her life as opposed to her career. However, let us take his point that her working in films did in a sense "rob her of childhood". Even if that is completely accurate, once she turned 18 she could have decided to give up her career. If she felt so strongly about it, she could have just walked away and searched for her true calling.

Instead, between then and now she became lost among sycophants and handlers, all feeding off her but who also fed her. She made bad decisions. She now is paying for the end results of those decisions. They didn't just appear out of thin air.

Even if she was badly parented, she chose to drive under the influence. She chose to go out almost every night. She chose to accept sub par scripts. She chose to indulge herself, her appetites, her wants. She shifted from a talented young star into an embarrassment to Western Civilization, and no matter how awful Mr. & Mrs. Lohan were at some point Lindsay herself must take the responsibility for her actions. 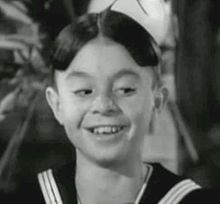 Yes, I will also grant that the streets of Hollywood are littered with too many tragic tales of young talented stars destroyed: from Judy Garland to River Phoenix, but there are those who actually managed to pull themselves together and create/be creative. In the end, the blame for Miss Lohan's disastrous life can't be placed on Hollywood alone.

How about all those other men and women who get involved in drugs and alcohol who do not have an acting/singing career to blame? Yes, her celebrity gave her an easier venue to indulge herself, but in the end the responsibility has to lie with Lindsay Lohan herself. Yet, even now, as night descends into her own dark night of the soul, there is still hope.

Others have emerged from the lowest rungs of their own Hell to rise to a greater level. If she chooses to do so, she may yet be remembered for her talent and not her excesses. The choice is hers and hers alone. I am highly critical of those who cater to the whims of both major and minor celebrities, but in the end, her damnation or her redemption lies within her hands.

Funny how SHE never became a drunk, an addict, or someone with a criminal record. Curious how she started even younger than La Lohan and ended up Ambassador Shirley Temple Black. Granted, she had better parents, but she also had something LiLo and her cohorts seem to be missing: a sense of propriety, of knowing how to behave in public and private.

I wish Miss Lohan well and pray she pulls herself together. We don't need any more cautionary tales.