Despicable Me: A Review I have strong objections to this 3-D craze unleashed by Avatar. It appears that filmmakers now believe that audiences want to have things thrust in their face. I also object to specific scenes being included merely because the film will be in 3-D.

Finally, when you have a film as pleasant as Despicable Me, frankly, you don't need that gimmick to get enjoyment out of the film.

Gru (Steve Carrell) is a super-villain who has fallen on hard times, not just financially but career-wise. His efforts to steal various landmarks haven't met with the greatest success, especially given that the new kid in town, Vector (Jason Segel), has nabbed one of the Pyramids. Gru, aided in his nefarious deeds by his Q, Dr. Nefario (Russell Brand) and his minions (those things that look like Twinkies), has hit upon the ultimate in evilness: they shall steal The Moon.

However, he has two problems: the Bank of Evil won't lend him more money, and Vector (who looked to me like Bobby Riggs) has the shrink ray Gru so desperately needs. Gru then comes up with a master plot: he will adopt the three orphan girls that got Vector to buy their cookies, then use them to break in and take the ray and restore his place in the Super-Villain world. 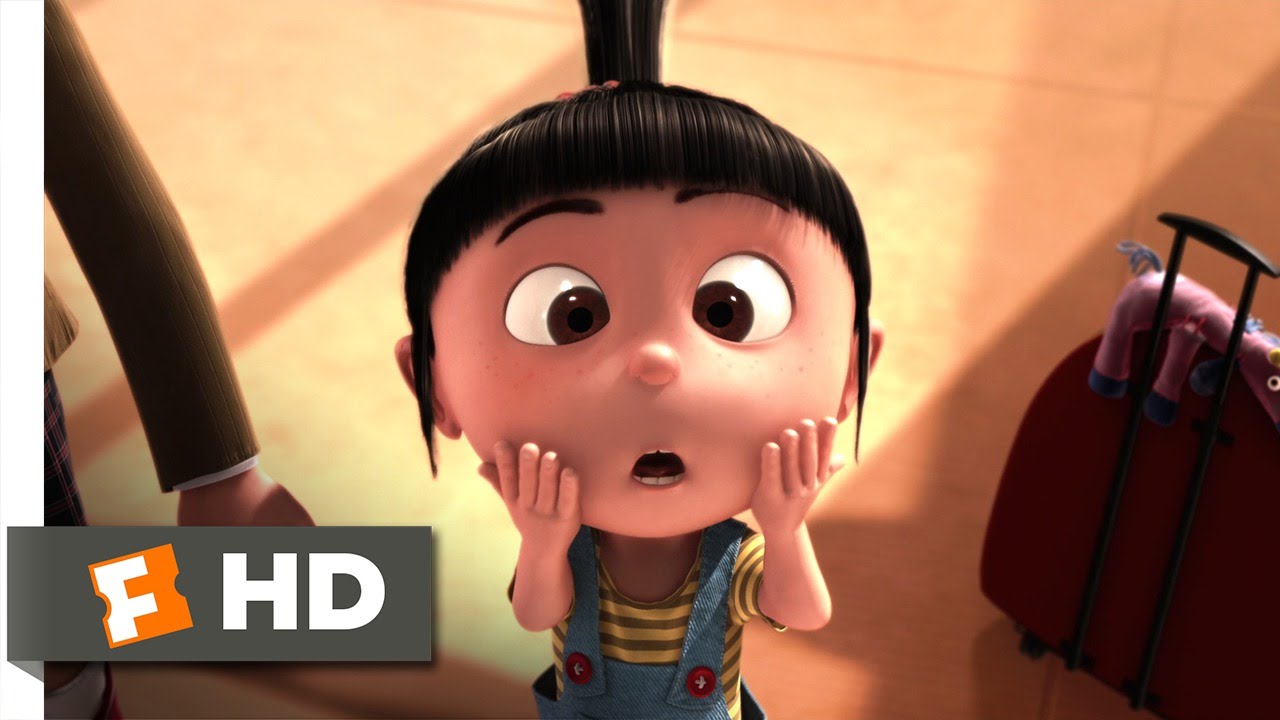 There is one complication: the three girls, sensible Margo (Miranda Cosgrove), tough Edith (Dana Geier), and ADORABLE Agnes (Elsie Fisher) work their child charms on our hero...eh, villain.
When I say Agnes is ADORABLE, it's not hyperbole: the audience exclaimed "ahh" before she even spoke, and when she did, EVERYONE had the same reaction: a universal "ahh".

She was adorable, and so was the movie. The animation isn't the most remarkable, but Despicable Me goes to great lengths to add excellent detail in scenes. Take when we first enter Gru's home, for example: a suburban home all in black that dwarfs his neighbors. In his living room we have a panda rug and a rhinoceros chair. When Gru gets inside Vector's lair (which itself has the detail of a suspiciously pyramid-shaped building painted blue next to it), the robot cookies have military helmets and caps...yes, I said robot cookies. Directors Pierre Coffin and Chris Renaud were wise in putting in those details that might go unnoticed but that add a strong touch of realism in the world Gru lives in (though, with a scarf and a jacket, I did wonder if Gru was wildly overdressed for what appeared to be summer).

Another compliment should be handed out for when the Moon finally is stolen: it would affect the tides, and the fact that the filmmakers make note of it shows there is a higher level of intelligence in Despicable Me than in most other animated films. 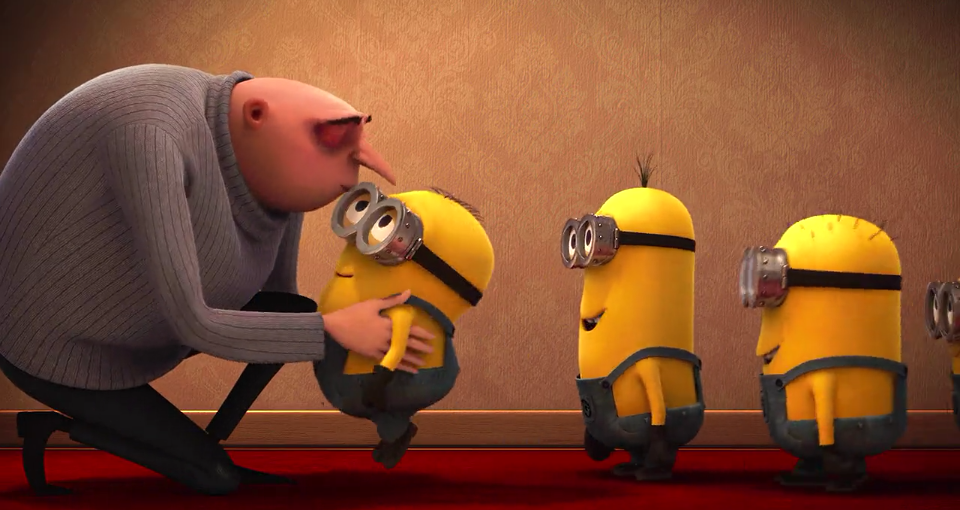 The performances were first-rate. Carell continues to show himself as one of our finest performers. His Gru, with a vaguely Russian/Eastern European accent, made his character extremely comedic in his grand schemes and even touching when we go back to his mother issues. Segel has a delightful brashness in his Vector, as if he were liberated to be as outrageous as possible by just being a voice (albeit as outrageous as one can get with an audience of children).

Dame Julie Andrews is completely unrecognizable as Mother Gru (given the detail of the family tree, I'm figuring Gru is the last name). This is as much as a departure as when she did her first "Julie Andrews moment" and showed us her boobs in S.O.B.

Same goes for Brand's Dr. Nefario: who would image a man who's made his reputation for being a ex-drug/sex addict (and on a personal note, one of the most repulsive-looking men in all Creation) would be a success in a KID'S movie? As it stands, Despicable Me belongs to the children, and I don't mean the audience. Margo, Edith, and especially Agnes are charming and sweet, and we get all the information we need by the fact that they are orphans in Miss Hattie's School for Girls (which is reminiscent of Miss Hannigan from Annie). The bigger stars are the group of Merry Minions. They take a lot of screen time, almost to the detriment of the script by Ken Daurio, Sergio Pablos and Cinco Paul. For example, when the minions are sent to replace a plush unicorn Gru has destroyed which was loved by Agnes (cue the "ahhs"), they dress up as a family (man, wife, and child) and run amok at the store. It's a cute scene, but it doesn't add anything to the plot.

Another thing I wasn't overwhelmed with was the prominence of the National Broadcast Corporation in Despicable Me. On the Jumbo-Tron Gru stole, we can see the NBC logo. We even get "news" reports from MSNBC, complete with a Keith Olbermann-like character (or someone equally crazy). Early in the film, we get a traditional redneck family at the Pyramids, which didn't strike me as either particularly clever or interesting. I also question when the minions are making copies of their behinds in the lair: don't know if that is appropriate for the target audience.

Finally, on whether 2-D or 3-D. You can skip the 3-D, especially when you consider that a roller-coaster scene which looks like it was specifically included with 3-D in mind, is nauseating enough in 2-D. I think if one sees it in 3-D, you do run a high risk of vomiting. Certain scenes, such as the aerial chase between Gru and Vector, the aforementioned roller-coaster, and the stealing of the Moon, look like they were included or enhanced merely to give audiences their money's worth, but Despicable Me works so well without these tricks that it becomes enjoyable in 2-D.

Despicable Me doesn't live up to its title. Yes, the pulling on the emotional strings is open and unabashed, but you still get enjoyment out of it. It has enough charm, wit, and warmth that you start to get involved in the story and actually root for the bad guy. The story is simple enough for the youngest of children, and there appears to be great care to not frighten them, and adults will enjoy the subtle touches and relate to the issues of parenting: balancing work with attending the dance recitals.

Light, charming, generally inoffensive: Despicable Me isn't the best animated film of the year, but one that is worth your time. If you take your kids, skip the 3-D no matter how much they cry...unless you wish to regurgitate every time you see the Twinkies running around.