Obsession. That has been the persistent theme, consciously or subconsciously, of the films of Werner Herzog. The obsession of finding the legendary city of gold El Dorado in Aguirre, The Wrath of God with longtime collaborator/nemesis Klaus Kinski right down to an animal rights activist's obsession with living with the bears that will eventually kill him (Grizzly Man), it is man's unique desire to go beyond the point of rationality that appears to draw Herzog's interest.

One can wonder if Herzog himself is drawn to obsessed characters because he himself is obsessed: with perfection, with crafting a great film, with going beyond what appears to be achievable.

I was extremely reluctant to approach Werner Herzog. It was only at the enthusiastic insistence of my friend Fidel Gomez, Jr. (who may or may not be dead) that I approached his first film with Klaus Kinski: Aguirre, The Wrath of God. It took a while for me to 'get around' to watching it, but once I did, I wondered to myself what kept me from this genius.

Aguirre doesn't appear to be a fictional film. Rather, it appears to be almost a documentary. Herzog did not have flashy effects or costumes because he couldn't afford them and it was brilliant to film on location in the Andes. All that gave it an air of authenticity which made it all the more real. After Aguirre, I went and purchased the Herzog/Kinski Box set, and was thoroughly amazed at both their craft.

Take Woyzeck for example. For most of the film, I thought it was oddly slow, almost glacial, in its pacing. However, I think that was all a trick on Herzog's part to lull me into a false sense of security, because the shocking moment in Woyzeck, while filmed deliberately more slowly, is even more shocking to where it almost comes out of nowhere. In reality, it doesn't come out of nowhere because everything has been leading up to it, but the emotional impact is still intense. 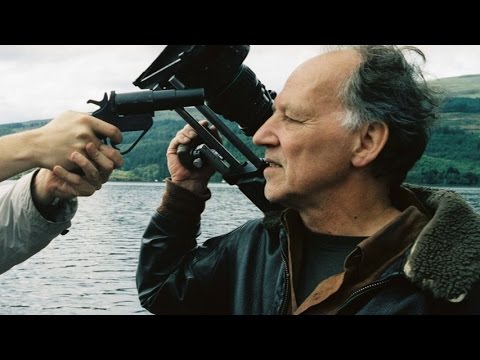 The most perfect example of Herzog's eternal fascination with obsession is Fitzcarraldo. Only a man thoroughly obsessed with a character thoroughly obsessed with the impossible would dare to do what Herzog did: move a ship over a mountain. It is speculation as to Fizcarraldo himself was a substitute for Herzog, but the fact that both the character and the director were determined to do the impossible and would not let anything stand in their way andeven more amazingly, succeed so brilliantly, to me is reflective of what kind of man Herzog is.

As for what kind of director Werner Herzog is, the answer is quite simple: brilliant. He is one of the last film-makers who trusts his audience by not having to spell anything out for them. Moreover, he doesn't rely on flashy imagery or effects. His images aren't created to draw attention to themselves but to serve the story. Sometimes, like in Fitzcarraldo, when a particular image does become iconic: a ship going up a mountain, it still is in service to the story which makes the image even more arresting.

Now, Herzog hasn't abandoned fictional films all together: Bad Lieutenant: Port of Call New Orleans was released in 2009. However, in recent years he's become more interested in documentaries. Who could blame him: here, he can discover real-life obsessions rather than fictional, although another 2009 film, My Son, My Son, What Have Ye Done? is based on a real-life event, which kind of blends both fiction and non-fiction together.

In fact, his only Oscar nomination (as of today) is in the Documentary Feature feature (for Encounters at the End of the World, which lost to Man on Wire). 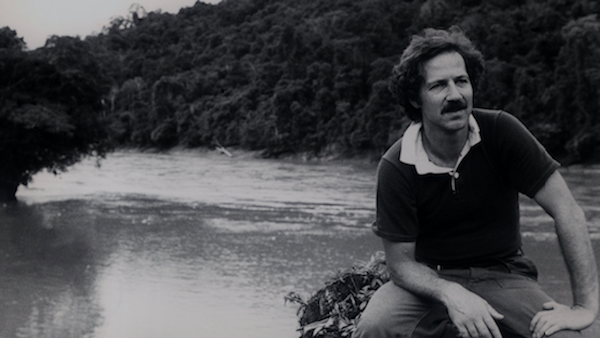 Of the documentaries of Herzog's I've seen, the one I remember the most is Grizzly Man. The true story of Timothy Treadwell, the amateur student of bears who was eventually eaten by the same creatures he believed were his friends, is an extraordinary film. Herzog manages to make even silence chilling. In one of the most intense moments of Grizzly Man, he is listening to the audio of Treadwell and his girlfriend being mauled by the bear (Treadwell would often videotape himself with the bears and in his last moments he had the camera running but he left the lens cap on). We can only imagine the awful sounds of two people being killed.

At the end of the scene, Werner Herzog tells the woman who owns the tape in his soft German voice to destroy it immediately. We can only imagine how horrifying something must be if Werner Herzog thinks it's too horrifying.

Another lesser-known documentary is Wheel of Time. This one is about the Dalai Lama and his teachings, along with the creation and ultimate destruction of the mandalas the Tibetan Buddhist monks create. Curiously, at least to me, it goes against Herzog's usual motif of obsession. Rather, the fact that it is about contemplation shows he can take on different subject matter. It is a fine crafted film, as most of his are.

I would love for Werner Herzog to win an Oscar: competitive or Honorary. He may have a chance with the upcoming Caves of Forgotten Dreams, yet again another documentary. It is also, curiously, his first 3-D film. There we have a curiosity most unique: a 3-D documentary. He and I have the same view of 3-D: neither of us are big fans of it. However, his use of it isn't a sell-out (let's face it: documentaries, even in 3-D, aren't exactly big draws). I think the subject matter to him lent itself to the possibilities of third dimension, and I wonder if I will be able to watch it in 3-D.

Obsession. It's what Werner Herzog lives for.

Visit the Great Directors for the monthly retrospective on this geniuses of cinema.
Posted by Rick at 6:47 AM