The Border Between Fantasy & Reality Is The Imagination. Federico Fellini: The Great Directors Retrospective

I can't think off the top of my head of another director who made the unreality of cinema come as fully alive as Federico Fellini.  I confess that the first film I saw of his (8 1/2) I did not like.  It was a little too weird, too bizarre, for me to take it all it.

I suppose in retrospect it is instructive that I did not warm to Fellini immediately.  It gave me a chance to grow in my appreciation, and moreover, to grow as a person.  Off the bat Fellini can be rather difficult to grasp: of the Great Directors he certainly is the one most fascinated by the power of the visual, dreamlike quality a film can have.  His world is one where fantasy and reality overlap, blend, and sometimes become indistinguishable.

My journey into loving Fellini was an arduous one.  As I stated, 8 1/2 just left me puzzled, but in my defense I was a bit too young mentally to grasp it all.  I finished it in film class and thought, "What the hell was that?"  In this case, I might have been missing the forest for the trees.  I spent too much time focusing on details: the crazy woman screaming about her youth in his harem, that fat woman rolling about the beach, and not enough on the overall story: a creative being retreating into his own dream world while the real world was colliding with him.

I was encouraged by my friend Fidel Gomez, Jr. (who may or may not be dead) into giving Fellini another try, but with the caveat that I might try for early Fellini, where he was a little more traditional in his film-making (note I said 'a little more', because even in some of those films he still had those Felliniesque touches).  With that, I went first to La Dolce Vita (the one where Jesus flies over Rome, as I called it). 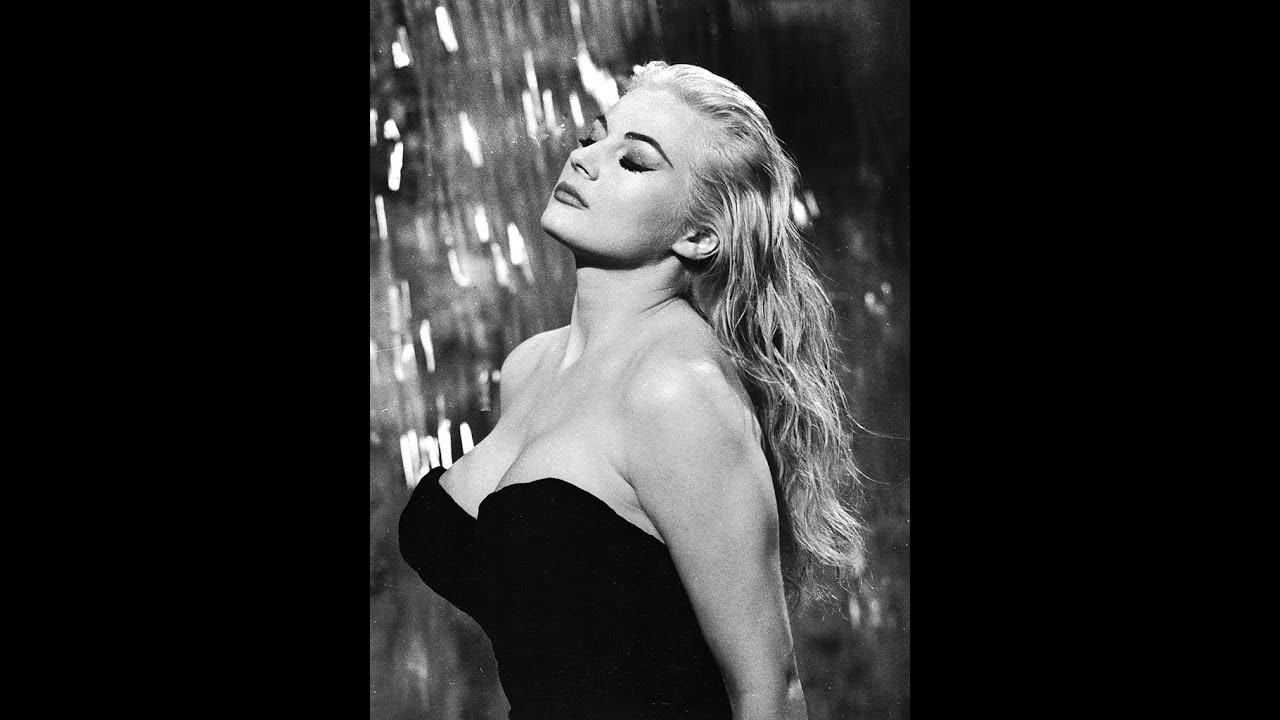 I loved it: the insane world of celebrity and the man who is both attracted and repelled by it, who wants to create something good but finds himself too enraptured by all the decadence around him to truly free himself from that world.  I got the symbolism: Anita Ekberg, that blatant object of desire, dancing in the Trevi Fountains,  Marcello being unable to hear or understand the girl at the beach: it was a devastating and brilliant and mad portrait of a man being something he knew he shouldn't be.

From there, I floated, on my own, to I Vitelloni.  Here, I found perhaps not a kindred spirit, but someone whom I could understand.  I too felt the frustration of a small town, of men who figure there's a world beyond their home but who are still figuring out how to get there.  Strange, but I related to these guys, to their hopes and struggles, up to a point: I've never impregnated anyone, but I digress.

However, this time I began to admire, even love, some of those cinematic moments I found so frustrating in 8 1/2.  The film ends with one of the men leaving the town via train, but we see each of his friends, still at home, asleep, and watch them as if we were leaving them at the station.   I was simply entranced by the ending, which to my mind signaled the beginning of Fellini's Felliniesque world.

I then went over to La Strada, and finally admitted to myself that Fellini was a genius.  It was grounded in reality but there was also a sense of wonder and magic within it.  I think this was due to his wife Guilietta Masina's beautiful and haunting performance as Gelsomina, the innocent who sees joy even within the harsh world she finds herself in.  At the end, I came close to tears; perhaps I did cry, but am too proud to admit it publicly.

Whimsy marked with despair: such is the stuff of life.

Now, while I have learned to love Fellini, I also still fear him.  Some of his later films appear to my mind too bizarre, too flat-out weird, as if he's trying too hard to be fantastical.  Fidel, a great admirer of Fellini, always mocked me for my overall impression of Federico Fellini's later period: he always thought my use of the word "Decadent" was in itself funny.  It is one thing to have one foot in reality, another in fantasy.  It is another to go so much into fantasy that you are not grounded in anything other than the Master's Dreams. 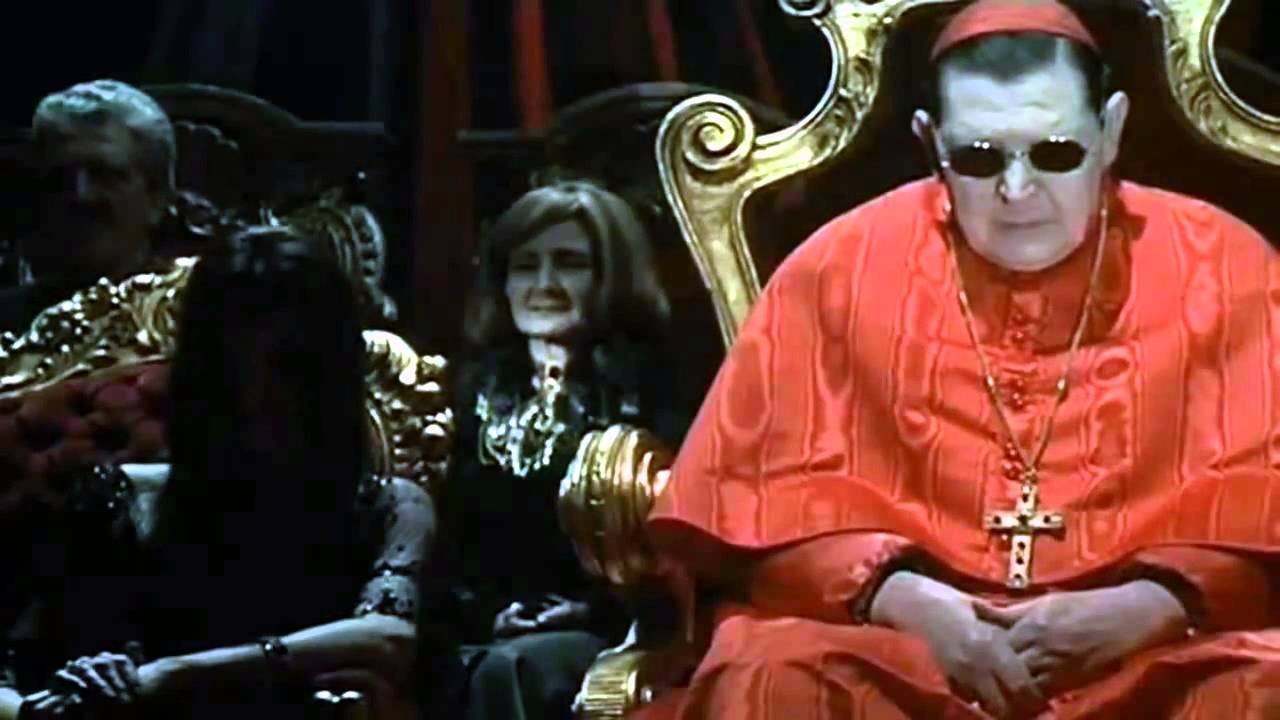 This to me does not signal a great film: it signals a self-consciously weird one, a film that is trying too hard to be outrageous, to be flamboyant, Avant-garde, dare I say, decadent?   8 1/2 or La Dolce Vita or Juliet of the Spirits may be fantastical, visually splendid,  even a bit nutty compared to the somberness of someone like a Ingmar Bergman or the gritty realism of a Martin Scorsese.   However, at least I found them coming close to a semblance of reality.

In fairness, I shouldn't judge the latter films of Fellini without seeing them and giving them a fair chance.  I will see them and perhaps I will find that I really had nothing to fear.

We also should take a few other things into consideration: that some of Fellini's greatest work was not just a result of his vivid and brilliant imagination, but with the people he surrounded himself with.  First, there is his wife Guilietta: her sweet face made those films even more funny or heartbreaking, depending on what she was doing.  Second is the music by Nino Rota; from the tragic score for La Strada to the free and wild one of La Dolce Vita and right through the best score of a Fellini movie: 8 1/2 from Saraghina's seductive dance through the closing circus, Rota was as important to the success of Fellini's movies as Fellini himself.

In short, I can best sum up my views of Federico Fellini thus: after watching 8 1/2 in college I swore never to watch it again.  Go forward five to seven years: I decide to have my best friend Gabe watch 8 1/2 to see for himself what a loon he was and compare it with Nine, the musical it was based on.

His view was that it was interesting but with a few things he didn't get.  Mine?  I had fallen in love: hopelessly and totally and utterly and absolutely, with Federico Fellini and his Wonderful World.  It truly was as if I'd seen 8 1/2 for the very first time.  I finally GOT IT!  I once was blind...

The list of Great Directors keeps growing and I encourage you to visit my other retrospectives and make your own discoveries.
Posted by Rick at 10:38 PM