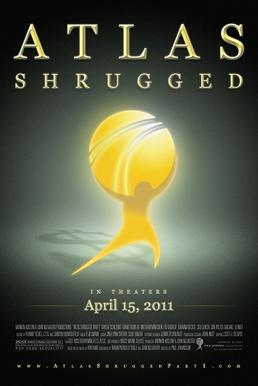 As I stated earlier how one sees Atlas Shrugged: Part 1 is strongly rooted in how one sees both the book it is based on as well as on its author, one Ayn Rand.  She is hated in some circles, virtually worshiped in others (I say virtually since as an atheist Rand would have objected, no pun intended, to being an idol).  Few people have a middle ground when it comes to our Goddess of Capitalism, and perhaps that is the problem.  The film may never get an even shake because so much passion on both sides is attached to the entire project: a case of not seeing the forest for the trees.

Whatever her flaws, Rand was always a woman who stood by her principles.  At her death, her wreath was of a dollar sign, not a religious symbol like a cross or Star of David.  It was perfect for her, for if she worshiped anything, it was unfettered capitalism and the glory of the individual over the collective.

Atlas Shrugged is her Manifesto to the Capitalist: a voice in the wilderness if you will, to what she saw as the great flaw in American culture.  The flaw was the idea that people should work for the 'betterment of mankind' rather than the betterment of the individual.  Altruism was anathema to her; she believed that in pursuing an individual's own happiness was the highest goal.  Her ideology and her ghost would probably have remained a dusty curiosity if not for one Barack Hussein Obama II.

The 2008 election was a watershed, unleashing a euphoria that bordered on the fanatical.  This passion, O-Phoria, if you will, took some bizarre turns.  Democratic operative James Carville published 40 More Years: How the Democrats Will Rule The Next Generation.  His thesis: voters would continue voting blue while the Republicans would basically go the way of the Whig Party.  In 2009, Michael Moore released Capitalism: A Love Story.  His thesis: capitalism is evil (this belief backed up by not one, but two Catholic priests) and must be replaced with 'democracy', ending his film with a swinging version of The Internationale, the socialist anthem.

It couldn't be any clearer:  in 2008 and apparently from now on, America was turning away from free/mixed capitalism and embracing greater government economic management.

The children were being brought up to see in the President less a leader and more a cult icon to worship.  Children sang songs about the President-Elect (sample lyrics from some: "Obama's gonna change it/Obama's gonna lead 'em/We're gonna change it/And rearrange it/We're gonna change the world", and "I'm gonna study real hard/just like Barack"; note: it should be 'going to' in both songs since 'gonna' is not a word, but I digress.  Choirs were brought to CNN to sing the praises of the new President and his health-care legislation). 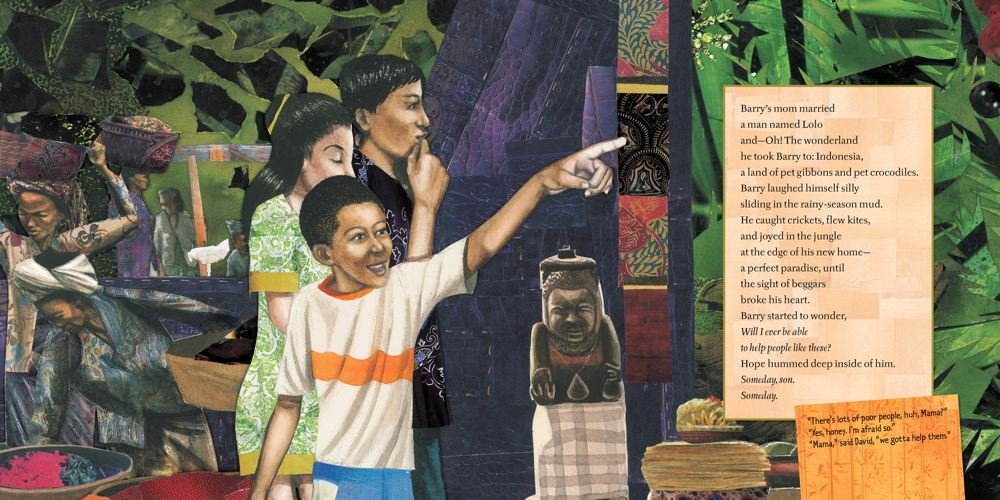 Kids marched in formation like soldiers and stated "Because of Obama I'm inspired to be the next fill-in-the-blank", then told us about all the glories of his health-care plan, all to the cheers of "Yes We Can!"  Children's books about the President, such as Obama: Son of Promise, Child of Hope, had pictures that bore a striking similarity between the future President and his mother, Stanley Ann Dunham, and that of the Madonna and Child.

The press, maligned for being partisan in favor of then-Senator Obama, was game to pursue the line of thought that the entire nation, if not world, was as eager for the President as they were.  First Lady Michelle Obama was declared the New Jackie: more glamorous, more beautiful, and more highly intelligent than the former First Lady (though Jacqueline Kennedy might have been proud of her country before her husband achieved the Presidency one would imagine). Journalists asked tough questions such as


"In this fatherless world, where did you learn to love?" (Harry Smith, CBS News)

and waxing rhapsodic about how

(Side note: not since Stephanie Meyer wrote how EDWARD CULLEN literally sparkled have we been treated to such breathy, Harlequin-style writing.  The only difference: Meyer was writing for teenage girls, Saslow was writing for one of the major newspapers in America).

The press was apparently so enraptured by the President (Terry Moran of ABC News was so in love, perhaps literally judging from some of his interviews, that he was unaware that he stated that Barack Obama was "the son of a black man from Kenya and a white man from Kansas", emphasis mine) that they failed to note the significance of November 19, 2009.

On that date, the Nobel Committee announced that the winner of the 2009 Nobel Prize for Peace was...Barack Obama.  There were audible gasps at the announcement, but the committee was convinced their choice was inspired, perhaps inspiring, I cannot read their minds.

It's important to make note of a few dates.

This means that the President had been in office for a total of twelve days before nominations were closed.  Even his most ardent supporters mocked this selection, but they failed to notice just how relevant it was to both his political fortunes and, in a strange way, to Atlas Shrugged making it to the theaters.

The nation had been fed a continuous series of stories about the glories of President Obama, but the Nobel Peace Prize I believe made many Americans wonder what exactly he had done to win a prize that Gandhi never got.  It made them wonder what exactly they'd gotten with his election, then made them question other things: a vastly unpopular health-care plan and bailouts left right and center.  The ground was being sown for another voice, another ideology.

There were many who disagreed with what Florida voter Peggy Joseph said after an Obama campaign speech in October 30, 2008: 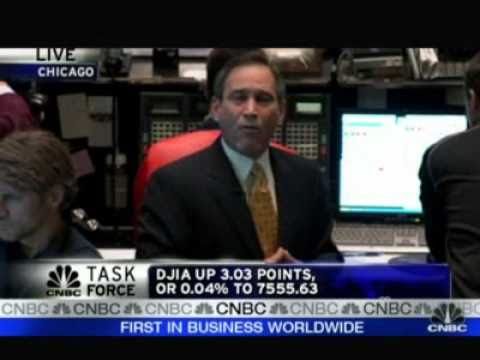 Yet they were either not being heard or being dismissed, until CNBC's Rick Santelli went on a tear.  Curiously enough, he too mentioned mortgages.  Unlike Ms. Joseph, Santelli did worry about paying his mortgage, and was not too thrilled with the idea he might have to pay Ms. Joseph's too (Mr. Santelli didn't specifically mention Ms. Joseph, but it speaks to both their mindsets).

Two conflicting ideologies were about to collide: Ms. Joseph's (Barack Obama/the government/the taxpayer was going to basically pay her bills) and Mr. Santelli's (the government was not going to pay Ms. Joseph's gas or mortgage with his money).  His rant was the antithesis of Ms. Joseph's breathless aspirations:


"How many of you people want to pay for your neighbor's mortgage, that has an extra bathroom, and can't pay their bills?  Raise their hands".

Obviously, he and those at the Chicago Mercantile Exchange Group floor cheering him on, was not going to accommodate Ms. Joseph and her like-minded compatriots.  His call for a Chicago Tea Party was the spark that undid all the hopes and aspirations of the Democratic Party for those 40 More Years.  From that point, the Tea Party Movement exploded. Hidden within the nuttier elements of the Tea Party Movement (those who believed President Obama was some Muslim Manchurian Candidate or that his birthplace was not the United States) the specter of Ayn Rand and Atlas Shrugged rose to prominence.  The economic ideas she advocated, specifically pursuing your own self-interest rather than submitting them to benefit your neighbor, became manna for the movement.

While the President and the press dismissed the Tea Party Movement as a group of racist wackos, they appeared oblivious to just how Ayn Rand was capturing the imagination.  The long-imagined Democratic domination of Washington ended in two years, with Republicans taking the House of Representatives and making it virtually impossible for the Democratic-controlled Senate to push legislation without their input.

With such free publicity, a film version of Atlas Shrugged was a no-brainer.  She had a growing fan base, and was declared an inspiration by beneficiaries of the Tea Party Movement like Senator Rand Paul of Kentucky and Representative Paul Ryan of Wisconsin.  If done correctly, it would be a most profitable enterprise.  Luckily for John Aglialoro, he happened to have the film rights.  Unluckily for Aglialoro, he was about to lose them if he didn't start filming.  With a bit of 'strike while the iron's hot' and a bit of 'now or never', he rolled the dice on Atlas Shrugged: Part I.

The circumstances of the filming were not going to produce a good film.  There were no stars (side note: the idea that Angelina Jolie, a woman who has made altruism a hallmark of her off-screen life, would be in a film deriding charity is downright bizarre, but I digress).  Time was against them.  Various plans for a television miniseries fell apart.  Still, Aglialoro pulled the project together, but the rush and lack of a budget showed.

The acting was at times weak (Taylor Schilling's as Dagny Taggart especially so, though by the end she did show slight improvement) and the sets look as if they were borrowed from a friend's house rather than proper-looking sets.  While Elia Cmiral's score was good, especially when we saw those trains rolling, and Ross Berryman's cinematography in those sequences was quite lovely to look at (as was at the end of Part I with the oil fields aflame), Atlas Shrugged: Part I had a stilted air to it.

I'm not one to begrudge people for having little to no money to make a movie: Heaven knows some films with big budgets are lousy no matter how much money you throw at them.  Still, on the whole, Gabe's score for the film would probably be mine: Atlas Shrugged: Part I would earn a B- or C+ from me.

I can't help think that many of the reviews were based less on the flaws of the film (although it does have a few) than on how the reviewer felt about Rand, about Atlas Shrugged, and about her right-wing/libertarian beliefs.  It wasn't a great film, but it wasn't this Satanic piece of trash most of my brethren hold it to be.  This is the primary reason I took Gabe with me: he was as objective a viewer as I could find, who would go without any prejudice and judge the film on its own merits.  We don't always see eye to eye (he enjoyed The Hangover Part II more than I did, much more), but here, we are in general agreement.

Will there be a Part II or Part III?  That I do not know.  As with the Nobel Peace Prize, we have an X factor that people are not considering: DVD.  Many films that fail at the box office gain new life when they make it to the video market, some gaining cult status, and even a rise in popularity.

If a DVD release proves successful, and if word-of-mouth makes it financially viable, Ayn Rand will rise yet again.
Posted by Rick at 12:19 AM