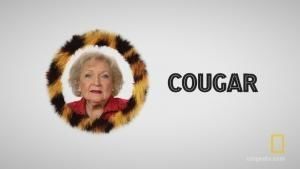 What is it about this old lady that has all America loving her so?  America has gone Bananas for Betty (to quote the title from Ugly Betty).  I recall that last year, on her 89th Birthday, I spoke about how The Betty White basically is in on the joke: here's this old broad who knows she is playing against her sweet persona.  She's the feisty, sassy, saucy grandmother, but there has to be something more than that.

White is really a good actress.  Her seven competitive Emmy Awards (and twenty lifetime nominations) testify to that, and look at how she's managed to create not one but two iconic characters worlds apart from each other. 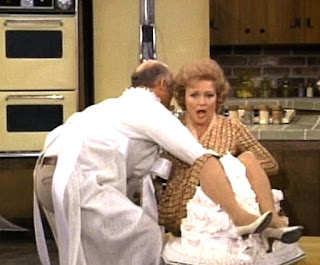 The first is as the villainous Sue Ann Nivens: The Happy Homemaker.  She was far from a sweet doyenne.  She was the Martha Stewart of her time: ruthless, capricious, and spiteful.  She was also a shameless hussy, what we would call a man-hungry whore, forever attempting to seduce Lou Grant.  Sue Ann was shrewd and shrewish, one who hid behind her demure public appearance to plot out new schemes to get her way.  She was delightful in her wickedness.

Those used to the wicked Sue Ann did a double take when we got Rose Nylund from St. Olaf, Minnesota (the town fellow Golden Girl character Dorothy Zbornak described as 'the cradle of idiocy').  Her Rose was endearing and genuinely sweet, but it should be pointed out Rose was not stupid, she was just permanently naive.  As another Golden Girl, Sophia Patrillo pointed out, Rose "isn't a fool, she's a simpleton".

The genuine talent, I daresay genius of Rose Nylund is that she could ramble on about how whatever was going on in their lives related to something that happened "back in St. Olaf" while making it the most natural thing in the world.  There was a genuine kindness and naivete in Rose, which made the moments she was direct, even ruthless, all the more amusing.

Rose as a character had one major defect: a vicious competitive streak that made her take no prisoners whenever she was in a competition.  This was a good touch; it humanized her character and made her more relatable.

I also should point out that Rose had some dramatic turns, usually dealing with the character's health.  We can see the talent of The Betty White in how easily she can shift from broad, silly comedy to deep tenderness.

The Betty White truly is talented as an actress, one who can play comedy and drama with equal abilities.  However, we should be honest. Here is where The Betty White leaped over from talented and respected television actress into cultural phenomenon.   Again, this is her knowing she is playing her own screen persona for laughs.  Under normal circumstance, seeing a then-88 year old woman tackled wouldn't have been funny.  However, given the fact that it's Betty White, even to where the character is "playing like Betty White out there" (along with 'Betty White's' snippy remark) only makes the scene funnier.

Again, she is on the joke.  In fact, she appears to push the joke.  It's also a sign of her zeitgeist that these young guys would know who The Betty White is, enough to say one of their own is playing football like her.

From here, all things flowed, in particular her appearance on Saturday Night Live.  By continuously playing against her image as the sweet grandmama to America The Betty White makes things all the more funnier. 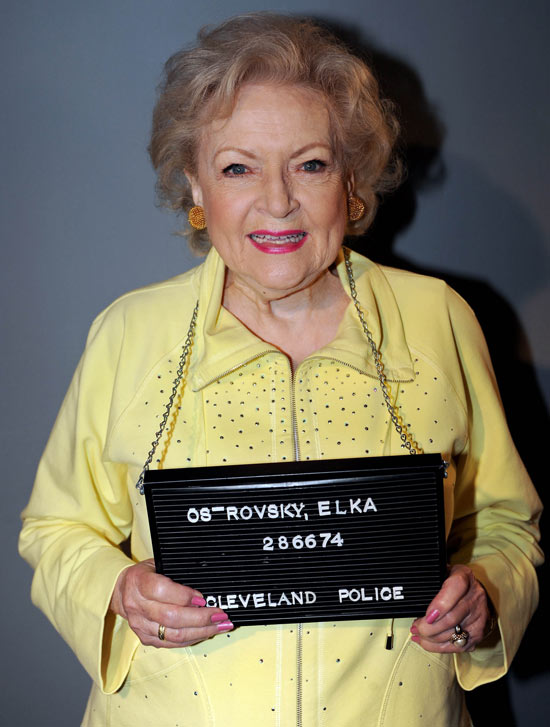 Again, another twist in her sweet image.  The curious thing about Hot In Cleveland is that The Betty White was only suppose to be a guest star in the pilot.  She made it clear she was simply too busy to do a weekly series.  Yet there she was, becoming the lynchpin of this ensemble.

Here is something I don't think has been commented on enough: just how fortunate The Betty White has been to be part of three talented casts: The Mary Tyler Moore Show, The Golden Girls, and now Hot In Cleveland, and in each of them she was a star, not the star.  It is her generosity in working with such a cavalcade of stars that makes her a true legend.

Even when guest starring, be it Saturday Night Live or Boston Legal, The Betty White still manages to shine without outshining everyone else.

Now that she's reached her 90th Birthday, it's time we pause to really assess just how important The Betty White is to television and popular American culture itself.  She's been on television almost since the beginning.  She has broken barriers for women.  She is just a good actress.

With that, I take great pride in wishing A Happy 90th Birthday to The Betty White.