One Day: A Review A way of taking a novel and adapting it to a feature film that expands on it, ironically enough, is by removing elements of it.  It could be cutting out characters or altering the timeline.  This could upset fans of the books; for example, I was always a bit disappointed that Miss Dubois was only in one scene in To Kill A Mockingbird. On the whol, however, they aren't missed.  One Day, adapted for the screen by its author (David Nicholls), decided to keep close to the novel.

Therein lies part of its failure to be a sweeping love story.

One Day covers the lives of Emma Morley (Anne Hathaway) and Dexter Mayhew (Jim Sturgess) over the course of 18+ years as their relationship grows, breaks, and reunites.  As the title suggests, we visit with them on the same day, different year: July 15.

We start in 1988, where Em and Dex get together for a one-night stand after graduation.  They don't actually consummate anything, but agree to become friends.  Over the course of the years, their lives take wildly different turns.  Emma moves from Edinburgh to London set to be a great writer/poetess, but makes due with being a waitress at a Tex-Mex restaurant.  There, she meets aspiring comic Ian (Rafe Spall), they shack up, she becomes a schoolteacher, they split up, and she finally writes and publishes a successful young adult novel.

Dex, scion of wealth, goes into television, hosting a raunchy late-night show called Late Night Lock In featuring scantily-clad women.  His shtick is despised: he's referred to in the headlines as "The Most Annoying Man On Telly" (or as I call him, Graham Norton) and he's replaced on television, with his last hosting gig on a show called Joy Stick Jockeys.  His drinking and cocaine habit eventually dissipate when he has a shotgun wedding.  Within a year he is divorced.

By this time, it is 2003, and after sleeping together, , something we don't see because it occurred not on July 15, these two are finally engaged.  We then go back to where One Day started in 2006 and get one of those ugly twists that kills our romance.  Even then, we are not finished, as the film ends in 2011. 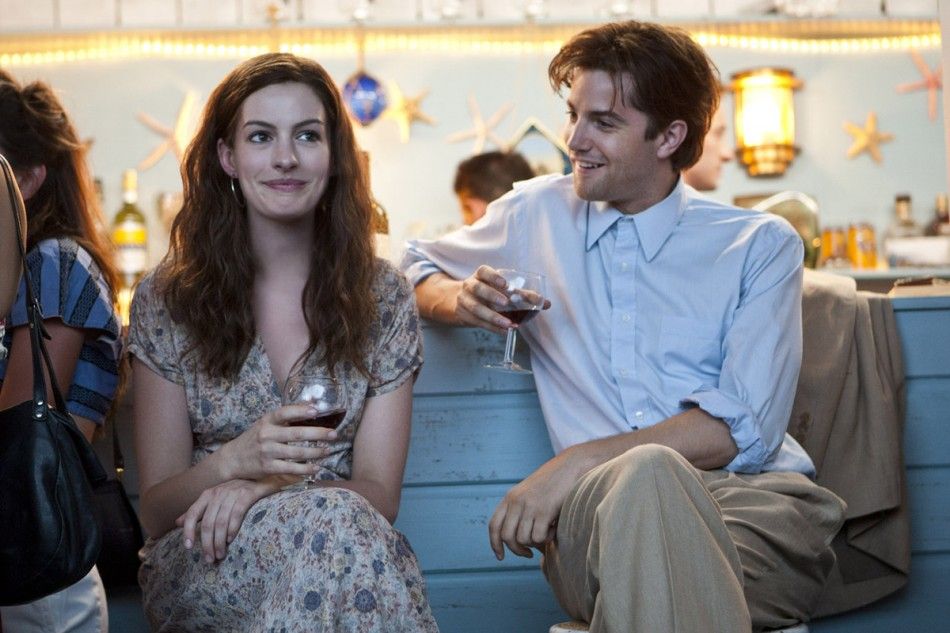 I have never heard of let alone read One Day, so I go into the film unaware of how the film deviates from the book.  However, I get the sense that it doesn't, and what you have is an orderly progression of the story.

I get the idea that the novel must be better than than movie because somehow the idea of meeting the same characters on a particular day every year in a book allows for an expanded view of the goings-on.  We can go into their minds, get updates on what has been going on.  In short, this device works in a book because simply more information can be given.

In a film version, we're stuck in a slightly more unrealistic world.  In a book, we can imagine that their lives keep going before and after July 15; in the film it almost appears that the characters literally pick up where we last left them. It's almost like that between July 16 and July 14 they really did nothing except wait for July 15 to roll around.  This is because Nicholls, adapting his novel, so slavishly kept to this schedule that it's the equivalent of slowing down at an accident to see what happened: we get glimpses but no real concrete notions of who they are or what motivates them.

Take Emma and Ian's relationship.  First, it almost looks like Ian is there just to have some sort of romantic conflict.  Second, one never sees exactly what Emma sees in Ian or vice-versa.  This is because, again, we only look in on them once a year.  Somehow, I kept thinking if One Day allowed for us to go beyond one day, we might have had a film that flowed more easily.

Even worse, we go through their lives almost literally year by year; we keep seeing "15 July XXXX" appear somewhere on the screen over and over and once more to where it can become a fun guessing game exactly how the date will appear on the screen.

In the course of One Day, only 1994, 2002, and 2008 were skipped.  I'm serious: only three years were skipped.  Why couldn't the film skip more years?  Why did we have to go through almost every year, sometimes to its detriment; in 1997, the only thing that happened was that Emma swam.  That was it for 1997: quiet year that.  Some years are long, some years are short, but all years give us only slight ideas of who they are or why they do what they do.

Nowhere in One Day do we see what Dex and Emma see in each other that will keep them as friends, let alone lovers in the far future.  This is a failure of Lone Scherfig's directing: the movie moves so slowly if it weren't for they years popping up we really wouldn't know where we are. 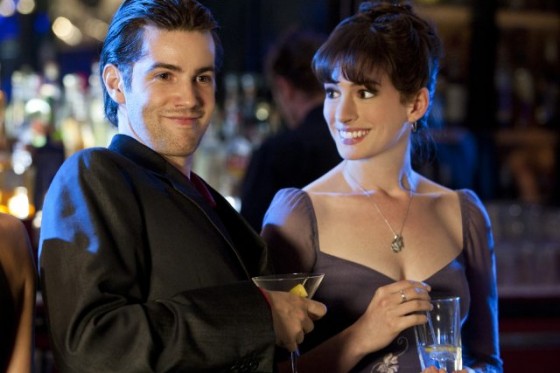 I can't quite bring myself to put the blame on the leads.  I don't know Sturgess' work, but he did a respectable job showing Dex's evolution from shallow to caring father.  Hathaway is a good actress, but the decision to try to give her a British accent was disastrous.  It not only never sounded authentic (one could easily tell she wasn't British), but by the end of One Day she sounded American (or at least to me).  Maybe I was imagining things, but I think even she gave up trying to speak like a native English girl (there was no way she would pass for Scottish or Welsh).

Spall did a better job as the hapless and unfunny Ian, and Patricia Clarkson had a small but well-done role as Dex's dying mother and with a more believable British accent, a remarkable feat given she's from New Orleans.

In short, One Day feels like One Century.  We don't know why they stay in each other's lives, and at a certain point we don't care.  By hitting them once a year, we are robbed of seeing their evolution as people or in their relationship.  When in 2003 we hear that they had finally slept together, I just wondered WHY, WHY, WHY we as an audience we robbed of our two thwarted lovers finally consummating their relationship?

It is because Nicholls opted to keep true to his novel, which was a lousy mistake.