You Must Not Remember This. Casablanca the Series: An Overview 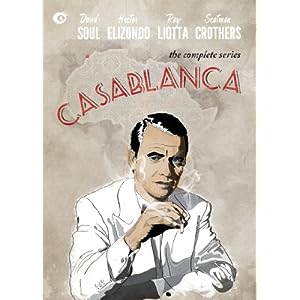 Now that school is out, I thought I'd devote a few hours to perhaps one of the most woefully ill-thought out ideas to enter American television, ranking up there with such efforts as My Mother the Car and Cop Rock.

Ladies and Gentlemen, I give you Casablanca: The Series.

It might surprise you but on the surface I don't think the idea is completely idiotic.  Prequels can be done successfully, if they are thought-out and well-planned.  Certainly a television series that takes us prior to the events of the film open up a whole series of possibilities (no pun intended).  As David Hofstede pointed out in What Were They Thinking?: The 100 Dumbest Events in Television History, there have been successful television adaptations of films.  There was M*A*S*H, Gidget, Buffy the Vampire Slayer, and I'd add Alice (which was adapted from Alice Don't Live Here Anymore).

However, as Hofstede also points out, television is riddled with lousy takes on films both great and lousy.  There was ironically enough, After M*A*S*H, Ferris Bueller (I preferred its rival/clone, Parker Lewis Can't Lose), Uncle Buck, Dirty Dancing (seriously?), Down and Out in Beverly Hills, Planet of the Apes (which I might tackle another time since that does sound interesting), and My Big Fat Greek Life.

Added to that sorry list is Casablanca, but I've digressed.

As I said, a series that shows what Rick did between his arrival in Casablanca and the arrival of Ilsa Lund could have worked.  Certainly a television special would have been quite interesting, adding to the story without intruding on the film itself.  What was needed was to get away from the legend and allow the characters to develop, to let us see them grow into who they were became by the time we went into Rick's Café Americain.

That's exactly what DIDN'T happen on Casablanca.  Instead, it indulged in the legend, trading on the recognition to where instead of a prequel, Casablanca became a retread of familiar territory.

It's surprising that David L. Wolper, a master television storyteller who brought us such landmarks as Roots, couldn't see just how misguided and disastrous Casablanca was in both idea and execution.  One bad decision after another: bad casting, bad scripts, bad costuming, overall bad planning.

The series is suppose to take place in French Morocco, 1941, which is less than a year before the events of the film.  How long could one keep a series going when you are already on the clock until Ilsa and Victor Laszlo pop up? 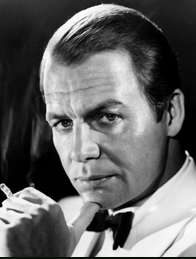 As everyone knows (and can guess by my blog's name) I LOVE Casablanca.  Recently, I acquired a copy of the complete series of Casablanca thanks to my local library and decided to do a brief retrospective on/of the series.

It shouldn't take long.  Casablanca lasted five episodes until it was thrown off the air.  Of course, the question here is, "How'd it last five episodes?"

At the conclusion of this brief retrospective I think it would be nice to have an obituary to what Hofstede ranked at Number 41 of his 100 Dumbest Events.  He singled out this show by the title to that section, Casablanca, The Series?, listing  it as the worst offender out of 25 failed film-to-television adaptations.  He also held up Casablanca star David Soul for particular ridicule.  Under the listing for Casablanca, he wrote two sentences: "David Soul as Rick Blaine. Enough said."

As if to punctuate the ridiculousness of the whole exercise, under a photo of Soul as Blaine he captioned, "In NBC's remake of Casablanca, Rick (David Soul) tells Isla, 'Don't give up on us, baby.'", mocking Soul thanks to Soul's brief singing career during his Starsky & Hutch heyday.

This will be fun, fun in a 'WHAT WERE THEY THINKING?!" kind of way.