It's interesting that when Seventh Son arrives on DVD, it can quite rationally mention that it has two Academy Award winners (Jeff Bridges and Julianne Moore).  As we all know, even Academy Award winners have to eat, because there really is nothing to show that Seventh Son is worth their talents, let along even the extras who were in this monster of a disaster.  In turns boring and stupid, Seventh Son might now be the nadir of young adult fantasy adaptations, making something like Twilight or Beautiful Creatures read like Jane Eyre or Gone With the Wind.

Come to think of it, if the film is like the original source material, who was dumb enough to publish Joseph Delaney's The Spook's Apprentice (the first in a series from which Seventh Son is based on).  I can see why the original title didn't work for all sorts of reasons, but Seventh Son isn't the most original title either.  If only the title to this piece of sleep-inducing crap were the least of Seventh Son's problems...

Master Gregory (Bridges), a warrior against the supernatural, has trapped the malevolent Queen of the Witches, Mother Malkin (Moore).  He thinks its for time and eternity, but of course not.  She escapes and makes quick use of both Master Gregory and his apprentice, Billy (Kit Harington, who decided he needed more dragons outside Game of Thrones).  With Billy dead at her hands, Master Gregory needs a new apprentice, and it can't be any old boy.  He needs the seventh son of the seventh son.  After short order, he finds one in Thomas Ward (TBA), who has strange visions that leave him temporarily unconscious.  His mother, Mam (Olivia Williams) gives him an amulet that will protect him, and with not much work Master Gregory and Thomas go for him to be trained.

As things go, Thomas has only a week to master what it took Billy ten years to, because the Blood Egg, a once-in-a-century event, is happening soon.  When the Blood Egg is full, Mother Malkin will be able to take control with help from her minions.  Among those are her sister, Bony Lizzie (Antje Traue), and Lizzie's daughter, Alice (Alicia Vikander).  Alice is a bit like Hermione Granger (half-witch, half-human), and while she is sent to spy on Tom and Gregory, Tom rescues her from being burned as a witch.

They also fall in love.

In any case, it's now a race to defeat Mother Malkin (whom we discover had a romance with Master Gregory but who killed his wife in anger) and Alice constantly changing sides.  Thomas is able to rise to the challenge, sort-of kill the Witch Queen (who promises to come back and haunt them) and has to stay put in a cave while Master Gregory goes off somewhere.

In between fighting my own battle to stay awake and trying to figure out why everyone involved made the decisions they made I realized that nothing, but nothing could have saved Seventh Son.  Everything about it is so wrong, so dumb, so bizarre, so incompetent, that not even someone like pre-Hobbit Peter Jackson could have put this into anything coherent, let alone worthy of our time.

Let's start with the performances, the most obvious place to start.  As I kept watching Seventh Son (despite the film's determination to put me to sleep), I kept wondering about Thomas.  He looked familiar but at the same time looked like someone I hadn't seen before, some unknown having the misfortune of trying to break out with the broken-down franchise starter.  Once we got to the credits, I finally figured out what I had been missing.

Barnes seems absolutely determined to prove critics right: he's nothing but an extremely pretty and youthful-looking face with absolutely no business attempting to pass himself off as an actor.  It's sometimes hard to say whether Barnes or Channing Tatum is the less talented of people who use their looks to get movie roles.  At least Channing Tatum has ONE discernable talent: taking his clothes off.

I might walk back that last statement about Barnes having no discernable talent.  He does have one.  He can convincingly look like a seventeen-year-old despite being 33.  Granted, he can't convincingly look or sound Latino (like when he tried in The Big Wedding), but he still looks like a man half his age.  More power to him in this department, but apart from that Ben Barnes keeps building a case against him as a legitimate thespian with every film he's in.

Then we have Jeff Bridges.  Jeff Bridges, who has let his Oscar all but wreck his career.  He seems absolutely determined to mumble his way through every post-Crazy Heart project.  With the exception of True Grit (where he did mumble, but at least he had the excuse he was playing drunk), Bridges hasn't made a good movie since (TRON:Legacy, R.I.P.D., and now this).  Seventh Son is the worst of Bridges: mumbling, apparently unaware of anything going on around him, and to top it off, speaking in a bizarre pseudo-British accent that never settled on what it was suppose to sound like.  Even that wasn't as bad as the fact that he looked like he couldn't move his chin, which made his dialogue at time unintelligible.  Seriously, I didn't understand what he was saying to where I thought subtitles would have helped.


Finally, there's Moore.  I think she was about the only one that got the idea that Seventh Son wasn't just beneath her talents, it was beneath her as a human being.  Barnes tried to act (always a bad choice for him), Bridges couldn't decide whether the material was serious or not (thus whether he was in on the joke or not is still in doubt), but Moore decided that she was just not going to take any of it seriously.  She was just there to make some money (and I'm sure underpaid as well), so she just went along with things and decided it really wasn't worth trying,

As far as the others, from a 'why is he here?' Djimon Hounsou to a perpetually sad Harrington (oh Kit, you always look sad...be it here, in Pompeii, or Game of Thrones.  Why is thou so troubled?), everyone looked pretty much embarrassed to be here.

The performances were a contributing factor, but not the only one.  Charles Leavitt and Stephen Knight's screenplay (with screen story by Matt Greenberg) was such a rushed and chaotic affair.  We kind of just raced through things, never stopping to establish why anyone did anything or worked towards anything.  Worse, at times it was repetitive (twice Master Gregory and Thomas raced to the edge of a cliff) and jumbled (we clearly see a raft at the bottom of the first cliff, and when they manage to jump and get to it, the poor boatsman just watches before promptly being thrown off by the monster chasing after them, never to be heard or seen from again).

It's not as if the three don't have talent.  Maybe there were too many cooks, or maybe they were under so much pressure to build a franchise they failed to put anything that would make it worth our while to watch more Seventh Son films (which I think is pretty much a dead idea).

Helming all this is Russian director Sergei Bodrov, making his English-language debut.  Whether something was lost in translation I don't know.  I do know that this is beneath the talents of the cast (save Barnes, who shows little to no actual talent), or the crew (amazing how legendary art director and three-time Academy Award winner Dante Ferretti and two-time Oscar winning special effects master John Dykstra could fail so spectacularly).

Ben Barnes, you have so much to answer for... 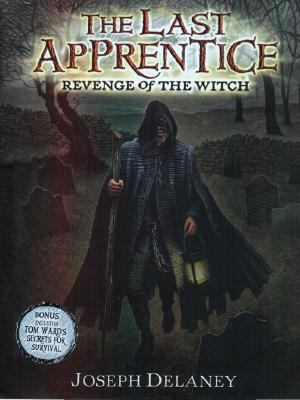 Email ThisBlogThis!Share to TwitterShare to FacebookShare to Pinterest
Labels: 2015, Fantasy, Review, YA Adaptations