Ace Chemicals started out badly, with things that had me literally roll my eyes at. Around the halfway point, however, things took a sudden and more positive turn, where things became interesting and even elevated a series that I had pretty much all but given up hope for.

Jeremiah Valeska (Cameron Monaghan), our "not-Joker" is planning some deranged plan involving Bruce Wayne (David Mazouz): recreating the day & night his parents Thomas and Martha Wayne were killed. By doing so, Jeremiah is convinced they will somehow be joined.

Never mind that we are echoing the 1989 Batman movie, but let's move on.

Bruce now is forced to go through this charade, nearly costing the life of Alfred (Sean Pertwee) and in a surprisingly good twist, Captain Jim Gordon (Ben McKenzie) and Dr. Leslie 'Lee' Thompkins (Morena Baccarin), whose use is an unexpected bonus thanks to Jeremiah's henchman Jarvis Tetch, the Mad Hatter (Benedict Samuel). However, we get a twist in the tale thanks to Bruce's frenemy Selina Kyle (Camren Bicondova), who was there that fateful night, something Jeremiah could not have possibly known. Things end in a fateful last battle at Ace Chemicals, where Jeremiah may be dead...again...at last.

Selina getting a second chance to set things right ends her association with Oswald Cobblepot (Robin Lord Taylor), who alongside his own frenemy Edward Nygma (Cory Michael Smith) work to get out of Gotham, more so since reunification has been ruined thanks to Jeremiah's schemes. They find an unlikely partner in Barbara Kean (Erin Richards), who reluctantly puts off killing her sworn enemy Penguin for the sake of her unborn baby. 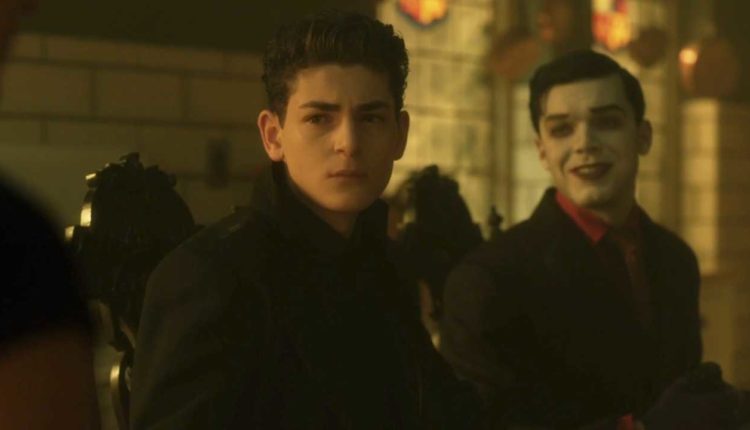 Ace Chemicals starts off weak, with 'Not-Joker's' plan involving the Wayne's deaths being already a bit curious. He wasn't trying so much to drive Bruce mad as he was putting up two people to die in Thomas and Martha Wayne's place, a scheme already kind of bonkers even for him.

As a side note, while I admit not being familiar with Batman lore, the idea that Thomas and Martha Wayne took young Bruce to see the silent 1920 film The Mark of Zorro seems a bit odd, let alone that even as a 12-year-old Bruce would become frightened of it. I can see where Zorro would influence the future Batman, and that The Mark of Zorro was the film on that fateful night. Still, it does seem a bit odd to me even if it is canon.

I confess that by now I have grown tired of both the fan-dance Gotham does as to whether Jeremiah is The Joker and of Monaghan's take on the character. I think both stem from how Gotham won't just say "Jeremiah IS The Joker". If he isn't, he's the most overtly-camp character in a show that has done its best to be deadly serious.

We even get a very curious turn of phrase from Jeremiah to Bruce. "I offered for you to be my best friend! But I've realized if we can't be friends, then we can be connected in other ways", Jeremiah taunts Bruce with. Oddly, rather than coming across as menacing, this line comes across as if Jeremiah is propositioning Bruce.

It is once we get past the setting up of Jeremiah's plans that Ace Chemicals really takes off. We have through Bicondova's excellent performance Selina's struggle between enacting revenge on Penguin for Tabitha's killing and saving Bruce. She is also particularly good when working with Taylor's Penguin, the tension between them when she comes close to killing him highly intense. 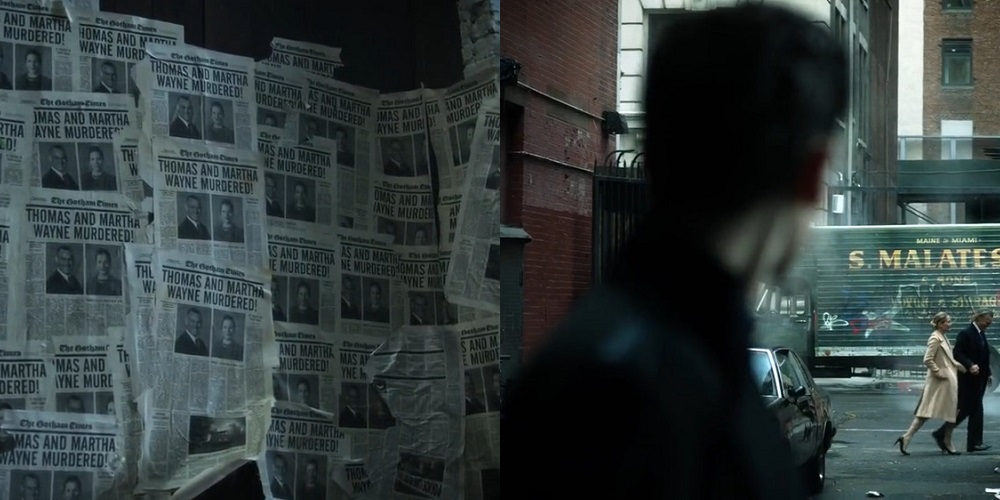 We have through Mazouz's excellent performance Bruce's clever rescue of Alfred and the deep feelings our teen hero has. If Bruce was 12 when his parents were killed, Gotham then would put his age as of Ace Chemicals at around 17 to 18.

We even have a touch of comedy when Pengy calls out to Bonkers Babs, "Who's the lucky father?" and off-camera we hear her shout "Shut up!". I do find it a bit of a stretch that Bonkers Babs would hold back from killing Penguin even if she is pregnant, but we can't quite kill off Pengy can we.

Once Ace Chemicals gets to Bruce and Alfred escaping the bombed-out Wayne Manor, the episode jumps in quality. It made me enjoy Gotham, which I haven't for some time. Perhaps Gotham will end well rather than stumble through its end.

Next Episode: Nothing's Shocking
Posted by Rick at 12:13 PM