Abe Lincoln in Illinois: A Review 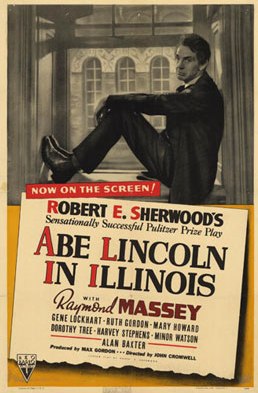 Covering the years 1831 to 1861, Abe Lincoln in Illinois hits some highlights to young and middle-aged Abraham Lincoln (Raymond Massey). There's his short but interesting voyage down South to New Orleans to sell hogs, whose highlight is first meeting the beautiful Ann Rutledge (Mary Howard).  After New Orleans, he decides to settle in New Salem, that quiet town where Miss Ann lives.

He fights the town bully Jack Armstrong (Howard da Silva), earning not just Jack's respect but that of the town. Abe silently pines for Ann while she's engaged to another man. Eventually, Ann does turn to Abe, who despite his apparent ineptness has become Postmaster. She, however, dies just as his reluctant political career begins, leaving him heartbroken. 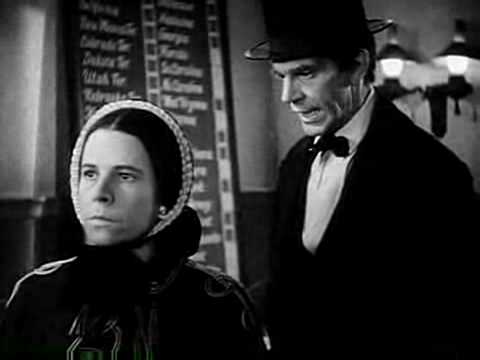 Abe equivocates with his new love, Miss Mary Todd (Ruth Gordon) and finds a worthy opponent in Senator Stephen Douglas (Gene Lockhart). It seems that everyone but Abe believe him not just capable but necessary to be President. Mary Todd certainly thinks so, openly stating she will be the engine to push Abe into the White House. Also advocating is his law partner Billy Herndon (Alan Baxter), who berates Abe for wavering in his nation's call.

Eventually, Abe comes to his senses, especially after a well-fought Illinois Senate campaign where in a series of debates with Judge Douglas, Lincoln declares that 'a house divided cannot stand'. He is eventually selected by the Republican Party as a compromise candidate and wins the Presidency. Now he makes his own Illinois Farewell Address to his community before heading to Washington and his destiny as Commander-in-Chief.

Abe Lincoln in Illinois, adapted from the successful Broadway play, does much to put Honest Abe on a pedestal. Roy Webb's score is very worshipful and John Cromwell's direction also at times seems to border on the theatrical.

Of particular note is a short scene where we see the Harpers Ferry Raid. John Brown is cradling his dead son in almost a Pieta-like manner, and his own manner is rather grand given the chaos and death of the Raid. It is curious though that it was Robert E. Lee who led the raid against Brown's attempted slave revolt. 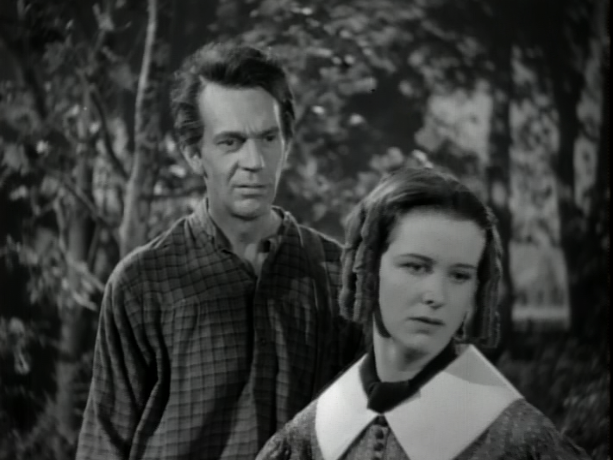 As a side note, none other than John Wilkes Booth witnessed Brown's execution. If memory serves correct, Booth said of Brown's final moments, "He was a brave old man", but I digress.

We do get scenes like these, where the 'importance' of moments and foreshadowing almost bludgeon us. Early on, Abe is sworn in as a vote-counter, and that moment is treated with odd reverence for something that was more casual in nature. It seems to telegraph that later on he will be sworn in as President, but it robs us a bit of the evolution of the man.

One thing that was not explored and I wish they had was Lincoln's journey down South. I think this journey began his evolution towards being anti-slavery, particularly seeing the slave auctions. It's unfortunate and a weakness in Abe Lincoln in Illinois that Lincoln's evolving views on the "Negro", while still not as advanced as we might have hoped, were more progressive than others.

In terms of performances I admit Massey did an excellent job as the lanky, seemingly rustic Abe. He showed that rare image of Lincoln as a spinner of yarns and witty comments versus the more popular conception of Lincoln as a dour, depressive individual. His 'aw-shucks' manner and folksy delivery make him a strong Lincoln.

Howard was a bit overly dramatic as Ann, perhaps the only real love of Abe's life, but her death scene is moving. I didn't like Gordon as Mary Todd, but I think this is more a response to how Mary Todd was. She seems too brittle this early on, having little sense of any coquettish or playful nature to balance out her more somber husband.

Lockhart did quite well as the shrewd Douglas, aware that Lincoln was no country rube but a formidable opponent. Both he and Massey had standout moments at their debates, bringing fire and fury as they battled it out. I might have seen a whole film just on those debates and can see why they are still reenacted more than a century later.

I think Abe Lincoln in Illinois says as much about when it was released as when it was set. The film was released in 1940, where we were coming close to entering another great war and the current President was also highly regarded to almost worshiped. As such, films that elevated the President would be in good standing order. I cannot say that Abe Lincoln in Illinois was a de facto celebration of Franklin D. Roosevelt, but it is not beyond the real of possibility.

Abe Lincoln in Illinois is a good primer to our most admired and beloved President (sorry Barry, sorry Donny). It does not delve much into his political evolution or even his private life (we get no proposal scene between Abraham and Mary Todd). However, with strong performances from Massey and Lockhart along with excellent cinematography by James Wong Howe, Abe Lincoln in Illinois is worth the time even if it does not capture the man in full.