Gotham: They Did What? Review

GOTHAM: THEY DID WHAT?

As we end Gotham, They Did What? plays like a good mid-season finale mixed with a rush to finish everything before we get to the end. There were elements that were a bit hurried but on the whole They Did What? put in elements of human emotion and complexity within it.

Captain Jim Gordon (Ben McKenzie) and Detective Harvey Bullock (Donal Logue) find unexpected help from former mayor Oswald Cobblepot (Robin Lord Taylor), who feels too strongly about his city to let it fall. More reluctant to join him is Edward Nygma (Cory Michael Smith), but join them he does.

Bruce Wayne (David Mazouz) with Selina Kyle (Camren Bicondova) do their part to stop Bane or at least slow him down enough to buy Gordon time. Nyssa's plot backfires with Bonkers Babs finishing her with Gordon's help. Bane for his part fails when the regular troopers refuse to fire on unarmed civilians and turn their weapons on him and his few loyal troops.

Bruce carries so much guilt over all that has happened and flies off after Gordon is finally appointed Commissioner, leaving Selina devastated. Barbara can now raise their daughter Barbara Lee Gordon, whom she names after "the three people she can count on": herself, Jim and Jim's wife, Lee Thompkins (Morena Baccarin). Penguin and Riddler, the original frenemies, decide to retake the city.

It may be unintentional but They Did What? has something of a theme involving pairs. There's Bruce and Selina. There's Nyssa and Bane. There's Barbara and Gordon. There's even Riddler and Penguin. Each pair brings out the best and/or worst in each other, and all but one seem to deserve the other.

The highlight for me has been what has been the highlight for me in previous Gotham episodes: the interplay between Bicondova's Selina and Mazouz's Bruce. Bat-Cat has been among the most solid of storylines, aided by their fine performances. Mazouz here to my mind seemed a bit removed from things, but I think that was closer to how the part was written than how he is an actor. In his guilt misplaced or not and in his desire to atone for said guilt Mazouz does excellent work.

Bicondova does him better as Selina, who has found her heart only to lose it to Bruce's quest for absolution. Whether assuring her unofficial boyfriend that "I will be here whenever you need me" or watching helplessly as Bruce flies off she excels.

The double-act of Smith and Taylor brings out the rage and humor of this wicked duo. Taylor is powerfully convincing as someone who finally has allowed his heart to put something above his own interests. Smith showed he too could show Riddler's moment of caring for his frenemy by lying about Penguin's eye injury. In their final interaction, when despite their own interests they cannot bring themselves to kill the other, there is a mix of menace and mirth. 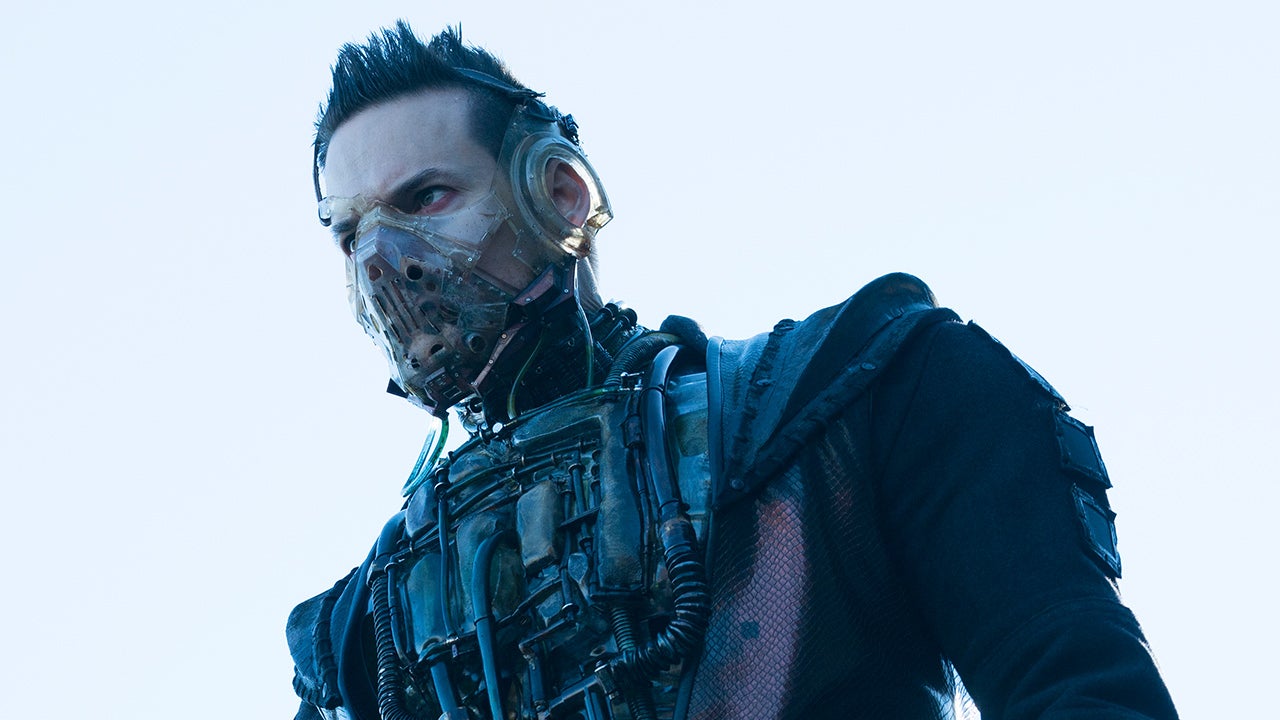 They Did What? allows for brief moments of gallows and dark humor. When Penguin offers to help, Gordon remarks that he knew he was there before Pengy announced himself. Jim says he carries an odor, "part dandy, part snake".  When killing Nyssa, Bonkers Babs cracks that she and her father have a connection: 'a thing for this knife' (the dagger that killed them both).

Intentional or not, They Did What? made both Nyssa and Bane amusing given their repeated habit of monologuing. West was still to my mind not menacing but I'll say he took a good stab at it. Their continued speeches did become tiresome, but

One issue I had was in the camera work, particularly in the many fight scenes where I got a bit lost. Add the monologuing and the perhaps too-quick and convenient answer to the problems they caused and I am dropping a few points to the episode.

However, what we have in They Did What? was a well-acted, well-written and fast-paced episode that will lead us to the Gotham series finale. It's almost a pity given how well the show has done that we're about to close this Nightwing Project.