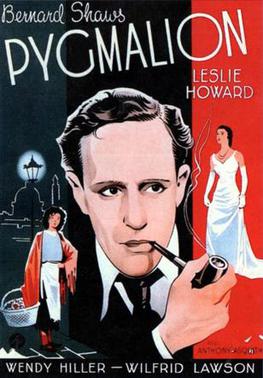 George Bernard Shaw did not think of Pygmalion as a romance as I understand it. In fact, he thought the idea that his male and female leads would end up together a thoroughly silly idea. As with many things involving Bernard Shaw, I disagree with our playwright. this adaptation of Pygmalion is quite witty, almost wholly well-acted and surprisingly brief.

Haughty linguistics professor Henry Higgins (Leslie Howard) makes a wager with a fellow language enthusiast, Colonel Pickering (Scott Sunderland) that he can turn Covent Garden Cockney flower-girl Eliza Doolittle (Wendy Hiller) into a virtual duchess. Intrigued, Eliza takes him at his word and offers to pay for elocution lessons so she can work at a flower shop.

Higgins plunges into this with the joy of a child making mud pies, but he is quite brutal to Eliza, constantly berating her skills and keeping her up all hours to perfect her diction and manner. A trial run at Higgins' mother's house is a disaster: Eliza's words are polished but still reveal her lack of education. She however has entranced young Freddy Hill (David Tree). More lessons ensue, exhausting and taxing Eliza until her triumph at an embassy ball.

Her triumph is short-lived however, as Higgins makes clear he really does not think much of her. She makes the decision to leave him, shocking the arrogant man. Could he have fallen for his own creation? He seems quite sad at the thought she might not return (though he'd never admit it). She does come back, but on what terms for both we can only speculate. 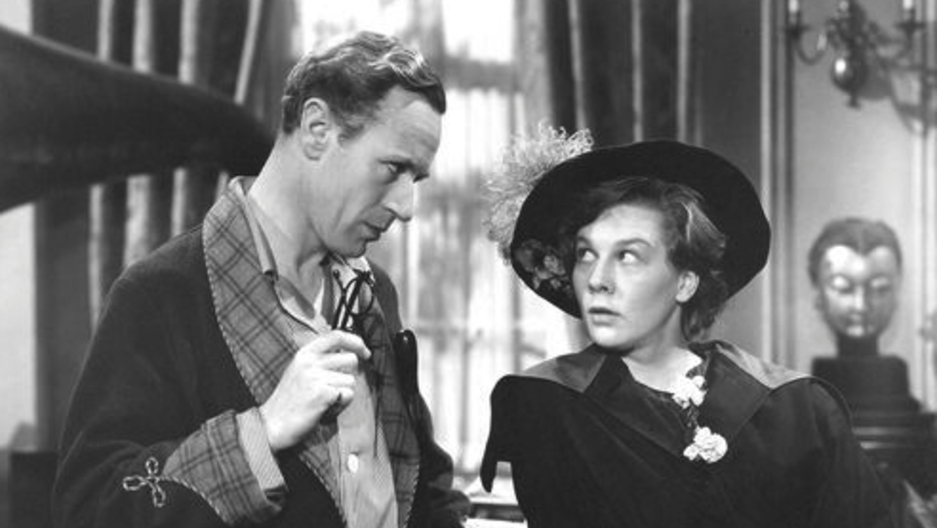 Pygmalion does a remarkable job of keeping things brisk. This is due in no small part to the pacing by its co-directors. From the dramatic moments of Eliza's despair to the comedy bit involving Freddy taking Higgins' hat things move quite well. Exactly how much credit should go to Anthony Asquith or Howard himself is unclear, though for my part I will give it to Asquith because of Howard's performance.

I understand Higgins is meant to be a brute and thoroughly unsympathetic, but at times Howard was to my mind wildly over-the-top in his reactions. It was as if Howard decided Pygmalion was more farce than comedy. His wild gestures made it hard for me to take him seriously.

Hiller on the other hand was thoroughly delightful as Eliza, this squashed cabbage leaf turned elegant lady. Her transformation is a mix of innocent, even naivete and quiet strength. She plays comedy quite well, such as at the tea party where she elegantly replies to Freddy's request to take a walk in the park with "A walk? Not bloody likely. I'm going in a taxi". It is both Eliza's thorough lack of understanding about what she said and how she said it that sells the comedy.

When it comes to the more dramatic moments, Hiller is equally adept, and she does not even need Shaw's brilliant verbiage to play it. When she goes back to Covent Garden as the more refined version of herself, she observes that world in which she no longer has a place in. It's a beautifully played moment. 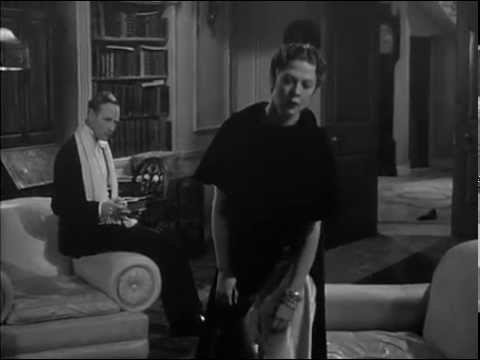 The other performers were quite good. Tree was appropriately sappy and insipid as Freddy, forever besotted by the enchanting Eliza. Sunderland's Pickering was proper and polite, and Marie Lohr as Mrs. Higgins played things in a quietly exasperated manner. Surprisingly, while Wilfrid Lawson's Alfred Doolittle had decent moments he was only in two scenes and could easily have been cut from the film, as could Leueen MacGrath's Clara, Freddy's sister.

The pacing is also helped by the series of montages for both the elocution and etiquette lessons. These were done by David Lean, who would become one of the Great Directors himself.

No commentary on Pygmalion would be complete without commenting on its screenplay by Shaw himself with W.P. Lipscomb, Cecil Lewis and Ian Dalrymple. There is a wit mixed with cynicism that pervades in the film. Commenting on a rival linguistics expert at the embassy ball, Higgins remarks "He can learn any language in a fortnight. Knows dozens of them--the sure mark of a fool".

Pygmalion is opaque on the future of Eliza and Henry. The ending works despite Shaw's dislike for it because it is ambiguous. It suggest a happy ending but it does not openly declare one. There is a wealth of possibilities that allow for us to think what we will.

Will they find love with each other? Will they part and if they do will it be as friends or rivals?

Will we ever really learn what actually in the end happens to our fair lady?