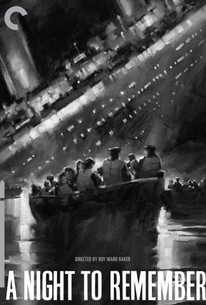 A NIGHT TO REMEMBER

A Night to Remember has been praised as the most accurate film of the Titanic sinking up to that point. Stripping away almost all the melodrama to focus on the final hours of the doomed ocean-liner, A Night to Remember still leaves an emotional impact and leaves one devastated at the true horror of that fateful night.

We get brief scenes of three separate family groups: a titled man and wife, a newlywed middle-class pair and a trio of Irish immigrants. We also see the pre-voyage preparations of Second Officer Charles Lightoller (Kenneth More) we go straight to the night of Sunday, April 14, 1912.

The Titanic has run against an iceberg, having accidentally ignored the warnings of another ship, the Californian, about the ice. The Californian has stopped due to the ice but there is no telegraph operator to hear Titanic's distress signal. A ship further away, the Carpathia, does hear it but at four hours away it will not get there in time as Titanic has at most two hours.

On board, Captain Smith (Laurence Naismith) and ship designer Thomas Andrews (Michael Goodliffe) know two things the passengers and crew do not: there are not enough lifeboats for everyone on board and that help will come too late if at all. Slowly the passengers are loaded onto the lifeboats, with class still coming into things.

While others keep gambling and reading, eventually the severity of the crisis becomes clear and as Titanic goes down to its watery grave the panic and chaos grows.

The Carpathia finally arrives to note that there are only 705 survivors both passengers and crew, with 1500 dead in one of the worst maritime disasters. In a postscript we learn that due to Titanic, all ships now are required to have a radio operator on duty 24/7, there must be enough lifeboats for every passenger and a maritime ice warning system was created. 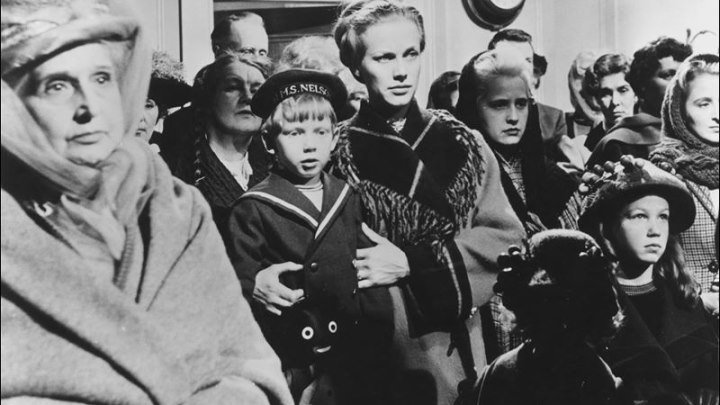 A Night to Remember is powerfully effective due to it moving away from the melodrama the setting presents and focusing instead of the events themselves. There are moments of drama and/or romance to be sure. There is a brief scene of a male passenger going into a female passenger's cabin. There is the steerage romance between steerage passenger James Farrell (Patrick McAlliney) and a Polish girl. However, the latter is there to give us characters to focus on as later Farrell and the men he was travelling with help the Polish girl and her mother escape to a lifeboat.

People at this time were almost fifty years removed from the Titanic sinking, so while many survivors had already perished and those who remembered it were fewer, there were still enough people familiar with the story alive to fill in blanks. For most of A Night to Remember, few names were used. For example, Margaret "Molly" Brown (Tucker Maguire) was never mentioned by name but the brassy nouveau-riche American woman was clearly her. The Chairman (Frank Lawton) forever disbelieving and interfering with the crew was also the notorious J. Bruce Ismay.

Curiously, Ismay almost comes across as good man...almost, his act of saving himself less a cowardly effort to save himself than one of being allowed to board to see the ship he kept insisting was unsinkable take thousands to a watery grave.

Roy Baker's directing was quite calm, letting things flow smoothly and as realistically as possible. There were not big dramatic moments but several small dramatic ones. The scene where Mrs. Ida Straus declines to board a lifeboat preferring to end her days with her beloved husband Isidor is brief but quiet and moving.

A Night to Remember may look familiar to those who have seen the better-known Titanic, especially with Andrews looking shell-shocked in the first-class smoking room and offering advice on surviving to the young lovers. A Night to Remember, more interested in the fatal night and with almost a documentary-like feel (complete with a mix of archival footage and clips from the notorious Nazi film Titanic) is quiet, graceful, moving, impactful and informative on this great tragedy.