Aparajito (The Unvanquished): A Review 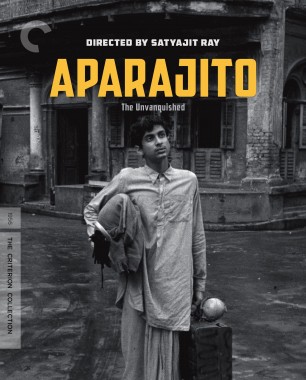 We return to the world of Apu with Aparajito, the second of what would become The Apu Trilogy. Aparajito, like Pater Panchali, delves into the universality of human experience while staying true to its Indian roots. It's a film that moves one deeply.

It is 1920 Benares (now Varanasi). Apu (Pinaki Sengupta) is living with his father Harihar (Kanu Bannerjee) and mother Sarbojaya Ray (Karuna Bannerjee). They are poor but relatively happy. Tragedy strikes however when Harihar dies unexpectedly, and despite the offer of living with nice employers Sarbojaya opts to go back with Apu to the rural world and stay with an uncle.

Apu begins his training to be a priest as has been the way in his family for generations, but he thirsts to go to school. Eventually his mother gives way and Apu thrives in his world of knowledge, so much so he is selected for a scholarship to study in Calcutta (now Kolkata). Sarbojaya is not thrilled with this but again she helps Apu as much as she can, despite his disinterest and thoughtlessness towards her.

As he grows intellectually, Apu (Smaran Ghosal) grows distant from Sarbojaya, rarely visiting or writing. She pines for him and grows ill, but a mixture of her love and his adaptation to city life keep the truth from both. Apu finally returns to learn that his mother has died, and while heartbroken and remorseful, he rejects the idea of staying in the countryside and returns to Calcutta. 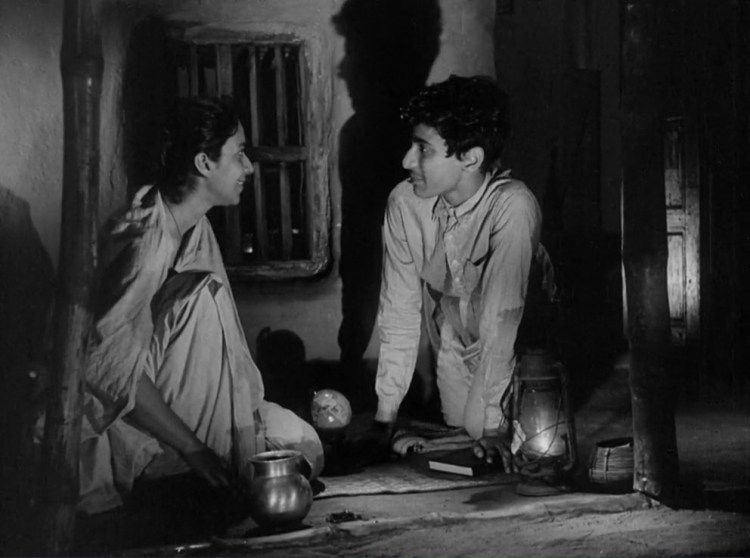 I am, to be frank, slightly puzzled by the title of The Unvanquished because both Apu and Sarbojaya are in many ways vanquished. Sarbojaya dies, Apu oftentimes takes her for granted. However, I think The Unvanquished comes from the fact that Apu did not give in to despair and opt to return to what was expected of him.

He is 'unvanquished' because he did not become a priest or return to rural Bengal. Instead, he forged his own path, especially now that he is essentially an orphan. Granted he is a young man when his mother dies, but he is now alone, having lost his sister, father and mother within his eighteen years.

Director Satyajit Ray, who again writes and directs this adaptation of the novels Pather Panchali and Aparajito, not only returns to this simple story of an examined life but also creates a film that like Pater Panchali gets into the truth about life no matter where, when or who it is about.

Ray demonstrates these truths in simple ways. We see the teen Apu forever clinging in fascination to the globe his headmaster gave him, forever spinning it and marveling at the world he sets out to metaphorically explore. To Sarbojaya, what the globe is or what it represents are unimportant: her world is her son and where she lives. All other things are not worth her time or interest, but like a good mother she makes the effort to share in her child's joy.

However, as he essentially forgets her, she fades, alone, bereft, lost.

Ray gives us beautiful moments of tenderness and truth. While I did not cry as much in Aparajito as I did in Pather Panchali, I did get misty-eyed seeing Sarbojaya put on a brave face as Apu focuses solely on leaving for the metaphorical new world of Calcutta. There is that beautiful blending of his joy and her mixture of joy and sorrow that not only breaks your heart but that remind the viewer of how these events happen in all lives.

That universality is one of the reasons why Aparajito works so well: we can relate to the Ray family as they live out their ordinary lives. These are not monumental events in world history, no turning points starting in the Bengali Year 1327. Instead, these are lives that are not that much different from any others save for the time and place.

Aparajito is a universal story in that ordinary way, where children leave and parents die, where there is joy and regret in the decisions made and not made.

Aparajito is to my mind visually stronger than what came before. Ray is not afraid of subtle symbolism, such as having birds suddenly take flight at the moment of Harihar's death or Apu's fixation on his globe to where he travels with it almost everywhere.

We also still have Ravi Shankar's beautiful score and Subrata Mitra's cinematography, which captured the various worlds of Apu so beautifully. Most importantly, we have Ray's excellent direction both with the story and performers.

Aparajito centers on that eternal push-pull between parent and child, between the love one has for the other while at times not thinking what is best for them. This is another film that makes one want to contact his/her parents and/or children to let them know how much one means to the other. It is very rare when a sequel equals the original let alone surpasses it.

While I would say Pather Panchali is 'better than' Aparajito, both are so equally brilliant in terms of cinema and in terms of that common human experience that it is absurd to use the phrase 'better than'. Best to say both work as a continuation of The Story of Apu and as films independent of each other.