The Music Room (Jalsaghar): A Review 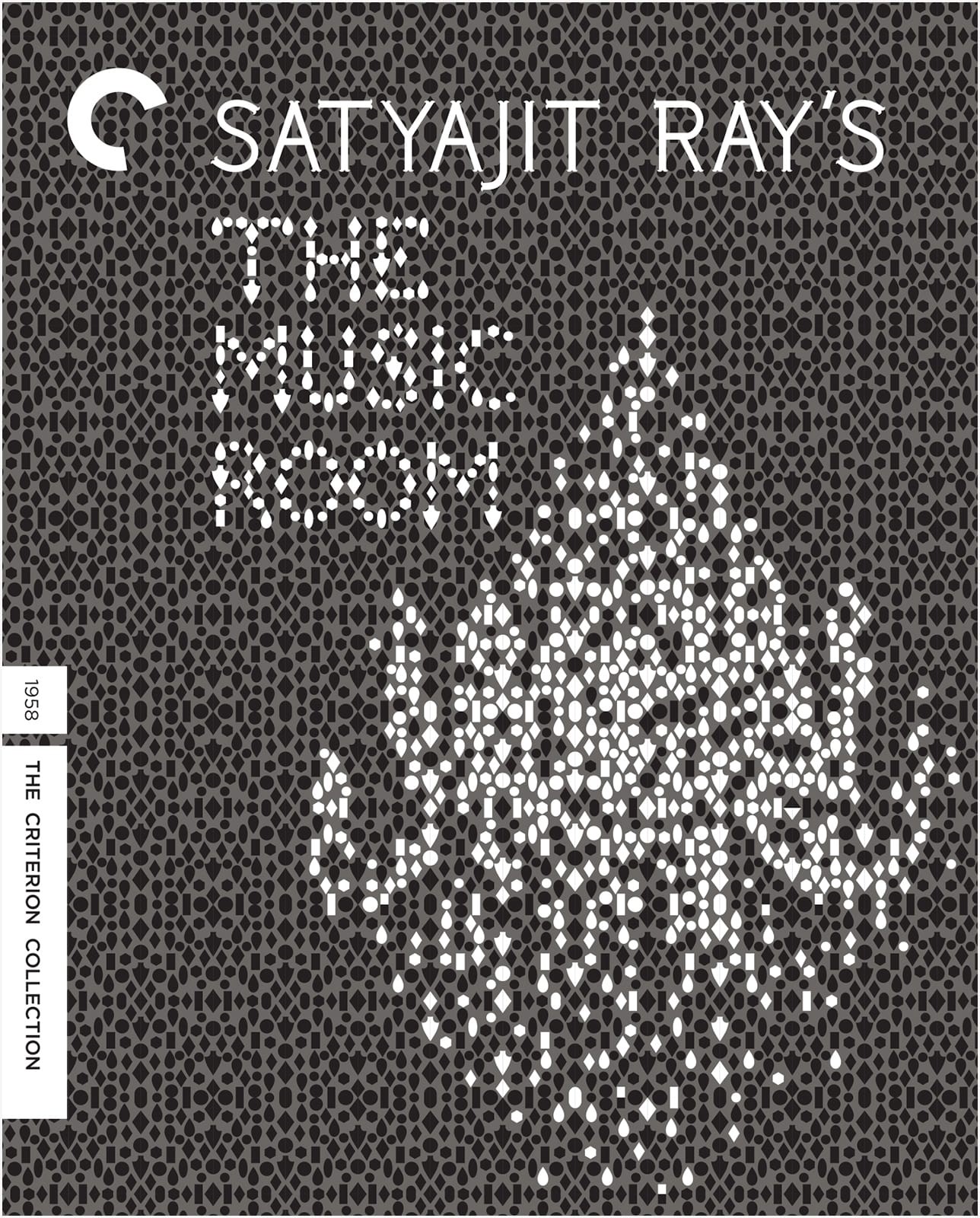 The Music Room, Satyajit Ray's portrait of a man whose time has long past him, is a haunting and beautiful film. It is like the best of Ray simultaneously universal and distinctly Indian.

Lord Roy (Chhabi Biswas) is now a shadow of his former self, still a major landowner but living in opulent poverty, his once-stately palace in wrack and ruin. Lord Roy, however, still holds a semblance of dignity despite his poverty both material and familial. Hearing music from his nouveau riche neighbor sends his memory back...

...back to when he was wealthier, with a wife and young son. Lord Roy, not a bad man, continues to hold to a stubborn view of the world where his status should grant him much. In a bizarre effort to "keep up with the Gangulis" (the moneylenders living nearby), he opts to hock his wife's jewels to throw a lavish celebration for entertainment in his equally lavish music room. Continuing his rivalry with the gauche Mahim Ganguli (Gangapada Bose), his entertaining unwittingly causes a major tragedy in his life.

Now a haunted man with very little to hold him, Lord Roy wanders about his dilapidated palace, no goals, no future. It isn't until he's visited by Ganguli, who invites him to another celebration where he will have the most expensive dancer/singer, that Lord Roy rises for one last hurrah. The 300 rupees that he has left, which should be dedicated to the gods, is going to find another use. While his servant Ananta (Kali Sarkar) is delighted that the music room will be reopened, Lord Roy's steward (Tulsi Lahari) is appalled.

With the celebration completed and Lord Roy showing up the boorish Ganguli one last time, Lord Roy sees that while dawn is breaking, it is really the sunset of his reign.

The Music Room is a portrait of a dying world where the new replaces the old, but the old will not go gentle into that good night. Ray manages to portray the clashes between the old, refined world of Lord Roy and the modern, coarser world of Ganguli in exceptionally subtle ways. For example, as this broken old nobleman looks upon both his elephant and what remains of his land in his elegant but ragged coat, we see a Ganguli and Co. truck pass by him. The symbolism of it all strikes you: the wealth Ganguli has built for himself cutting through the former world of this Zamindar (landowner).

Ray also does this by forever displaying the refined manners of Lord Roy with those of the unsophisticated Ganguli. In one concert, the latter clearly does not know what to do, and the boorishness of his manners to the elegant Roy demonstrate the contrasts of their worlds, one rising, one falling.

"I'm a self-made man. No pedigree", Ganguli tells Ananta as he waits to be granted an audience with Lord Roy. Ganguli has no shame in this, but in his way he sees that for all his wealth Ganguli is on a different level to the impoverished by elegant Roys.

The film also succeeds because of Biswas' performance. In many ways, Biswas echoes Orson Welles' performance in Citizen Kane. Like Charles Foster Kane, Lord Roy is lost in his own Xanadu, unaware of the world, haunted by tragedy.

When we first see him, he is alone, a forlorn figure who has to ask "What month is this?" He is a man lost in time now, but in the extended flashback we see him more active, still not as wealthy as he once was but with a spark of life.

Biswas and Ray do not make Lord Roy evil or heartless. He is essentially a decent man, but one with the fatal flaw of pride. When for example he agrees to let Ganguli ply his trade as a moneylender on his land, he sets out limits on what Ganguli can and cannot do such as ask for a high return rate. Lord Roy also loves his son deeply and in some ways is a child himself.

It was not with evil intents that he insists on summoning his wife and heir back for a lavish celebration despite an incoming storm. However, with Ray's masterful adaptation of a Bengali short story, we see the foreshadowing used to great effect, and once he sees the end results of his actions, your heart does break for Lord Roy.

The Music Room actually seems very sympathetic to Lord Roy, giving him something of a triumph at the end but also dooming him to be brought down by progress. The world of Lord Roy is fading, falling to a new class of elites, but his tragedy is in inability or refusal to adapt or change.

As for the music, while some of Vilayat Khan's work is not to my liking, the final dance number is quite effective.

The Music Room is again a beautiful film, brilliantly acted and directed. One understands that push-and-pull between attempting to keep up appearances and knowing one has to bend to reality. A portrait of a world and a man in decline, The Music Room will not fail to move the viewer who explores it.