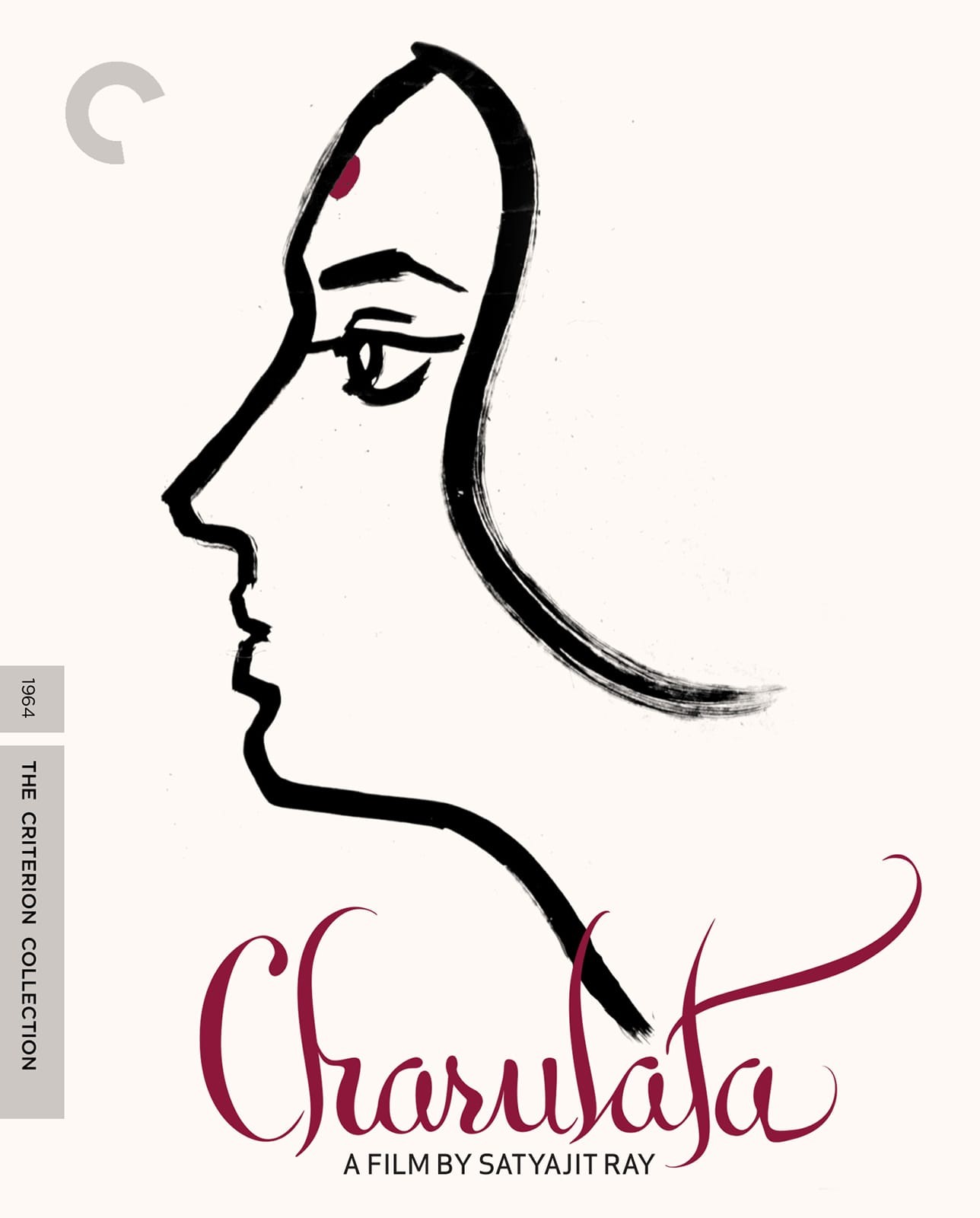 After the success of The Apu Trilogy Indian director Satyajit Ray turned to a woman's point of view. Charulata, based on Indian writer & poet Rabindranath Tagore's story The Broken Nest, may be a bit slow for some. However, with some brilliant performances and insights into these characters' lives, Charulata is still an excellent film.

In Raj Era India, wealthy liberal newspaper publisher Bhupati (Shailen Mukherjee) loves his wife Charulata (Madhabi Mukherjee, no relation) but he is too involved with his work to give her much attention. She is forever looking out into the world with her opera glasses, and even the company of her sister-in-law Manda (Gitali Roy) offers no real company.

While Bhupati and Charulata's brother Umapada (Shyamal Ghoshal) continue working on The Sentinel (Bhupati publishing/editing, Umapada handling the cash), an unexpected visitor comes. It is Amal (Soumitra Chatterjee), Bhupati's cousin recently from university. He's a generally happy-go-lucky fellow but also a skilled writer and poet. Bhupati urges Amal to keep his 'Charu' company and perhaps encourage her to take up writing.

Amal awakens Charulata's fierce intellect and writing skills, but he also inadvertently awakens desires. She is fiercely conflicted on both the sensual and intellectual desires and rivalry she has for and against Amal, who is oblivious to her yearnings.

Soon however a series of events force everyone's hands. Umapada has absconded with The Sentinel's cash, and Amal realizes that he is both jealous of Charulata's superior skills and her emotional desires. He does not want to betray anyone, especially given Bhupati's ruin, and leaves. Charulata is devastated but keeps it together, even encouraging Bhupati to go on with The Sentinel. They come to a deal: the paper will cover politics in English, everything else (including her writings) in Bengali.

However, once they return from holiday they find a letter from Amal. Thinking she is out of sight, Charulata cries out to Amal, begging to know why he left. Bhupati spies this and is devastated. When he returns, they do take their hands, but in a series of freeze-frames it is a hesitant moment. 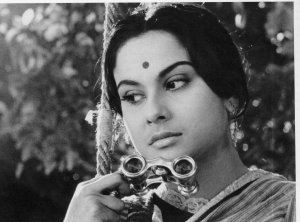 In many ways, Charulata reminds me of Kate Chopin's The Awakening. Both are about women who discover their intellectual and sexual awakenings, though there is no actual sex in the former. This is Indian cinema of course. Charulata is in many ways A Woman's Story, that of 'the fair sex' that finds itself starved for an intellectual and sensual stimulant that is stifled due to her gender.

Bhupati is not a cruel or even thoughtless man. Even with his liberalism, to a certain point he is oblivious to his wife's abilities and desires. Amal, tragically, openly inspired her intellectual awakening but accidentally inspired Charulata's physical yearnings that she had little thought of. The fact that it was all unintentional makes it all the more tragic.

Satyajit Ray's adaptation and direction is excellent. Madhabi Mukherjee's performance is one for the ages. With just a glance she can communicate Charulata's yearnings: her desire to create, her desire for children (and the method of acquiring them). As she swings while singing, the camera holds to her going back and forth, and we get a glimpse into her essence where she knows she can write as well if not better than Amal but who also hesitates.

Her character is best showcased whenever she looks through her opera glasses, symbolic of how far away she is from the world and artificially brings it closer to her. Mukherjee gives a simply brilliant performance that actresses would do well to study. 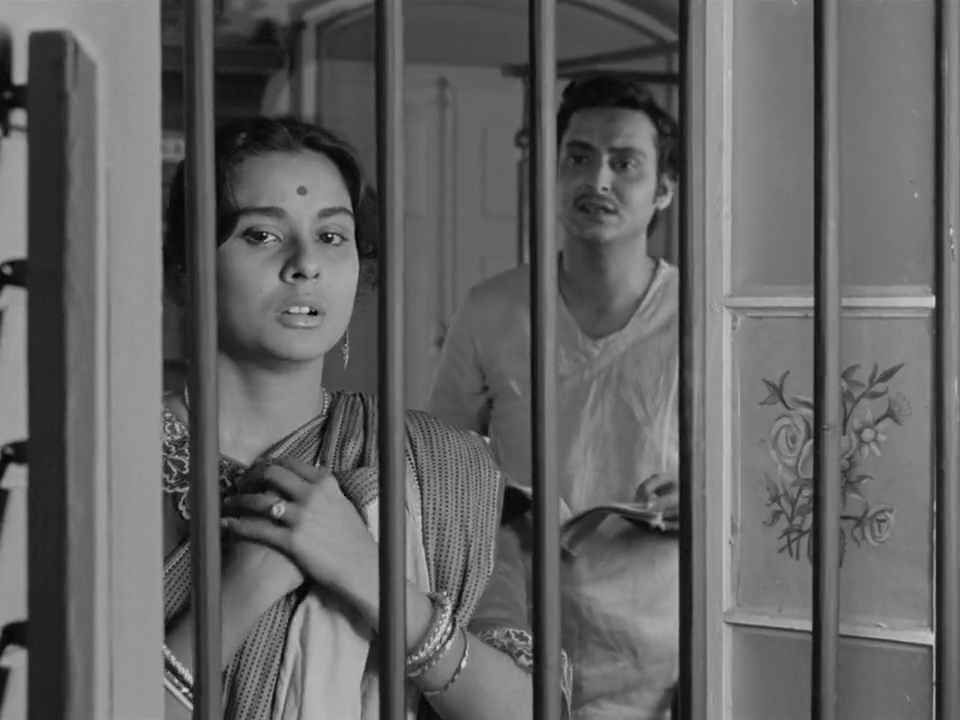 Chatterjee was also excellent as Amal, a decent man with writing skills who was the accidental obscure object of desire. Whether he is joyfully singing or realizes Charulata's true feelings he simply does wonders with his role. Shailen Mukherjee is equal as Bhupati, his scene of finding his wife crying over his cousin both heartbreaking and deeply moving.

Ray also wrote the music, which is quite beautiful as is his directing and screenplay. Here is where however I should pause to comment on something that might prove hard for viewers: pacing.

Charulata is about an hour and a half but it feels much, much longer. This is not a film to watch for a nice quiet afternoon. It can at times feel a bit of a slog to get through, so I can understand if people find it a bit boring given how it feels almost dragging at times.

However, I think that if one has patience with it, the viewer will be rewarded. Again, I can understand how the film might feel long, but if you do watch it, watch it when you are not attempting to relax.

Charulata has that one major impediment in that it feels much longer than it actually is. It can try one's patience, but if one enjoys tender stories of thwarted love and intellectual awakenings, coupled with brilliant performances, Charulata will be worth the effort.