Spielberg, Scorsese and the MCU: Some Thoughts

As I said on 'the Twitter', I have lived to see Steven Spielberg and Martin Scorsese, two of the greatest living filmmakers, trashed as hacks and has-beens for suggesting that film should be shown in theaters and that the Marvel Cinematic Universe is not 'Cinema'.

It doesn't take a lot to rile up MCU fans, who curtly dismiss the collective body of work of Steve and Marty because they have different views on film itself.

Let me touch on Spielberg first before moving on to Scorsese. Spielberg had an issue with Roma and Netflix in particular. Netflix, to Spielberg's mind, is television, and if something like Roma was made by a streaming service that is for television, it isn't an actual theatrical film.

Quickly he was trashed, along with his body of work, by those who push the same narrative as they do with Scorsese: they were jealous, out of touch, resistant to change, elitist. It's curious to hear that given that both Spielberg and Scorsese were once the young rebels fighting against the antiquated studio system. Now they are seen as that antiquated studio system by a group that seems to think their only films are Jurassic Park and Goodfellas respectively.

Spielberg lost that battle, as the Academy will keep to how things are when it comes to Netflix along with its fellow streaming services Amazon and Hulu. However, let me offer this small viewpoint.

I do not have Netflix and don't have a current desire to subscribe to it. Roma never played in a theater near me and is not available on DVD. It played in a few theaters to qualify for awards but apart from that received no large release. Granted, as I understand it there were other factors but in short, if not for the screener I received as a certified film reviewer how could I have had access to Roma?

Spielberg, I think, was saying that a film, especially one touted as an Academy Award contender, should play in theaters for more than just to be an Academy Award contender. To see a film on the big screen is an experience, Spielberg was I think suggesting. Roma was not that kind of film and moreover as it was more for streaming (essentially, television) viewing, it would be better served for Emmy than Oscar consideration.

I don't see the issue here. I think a film should play in theaters. One should not be forced to subscribe to a streaming/television service to see what is held as a feature film, but apparently the artistic genius of Roma trumps the idea that a feature film should play in a movie theater. IF Roma had actually won Best Picture, we would have a curious scenario where the Best Picture of 2018 would not be widely accessible, at least to those who do not have for whatever reason a television streaming service.

Even if I disagreed with Spielberg on this issue, the fact that so many Roma loyalists went after him in almost pathological ways to where they were almost saying he had no talent is curious. 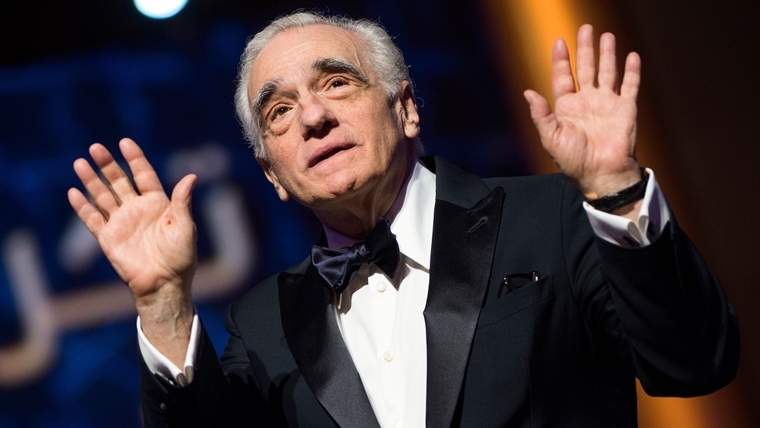 Then again, the reaction to Spielberg's comments was nothing compared to those against Scorsese. Scorsese argues that the Marvel Cinematic Universe is not 'Cinema'.  In an Empire interview, he said in regards to the MCU:

"I don't see them. I tried, you know? But that's not cinema. Honestly, the closest I can think of them, as well made as they are, with actors doing the best they can under the circumstances, is theme parks. It isn't the cinema of human being trying to convey emotional, psychological experiences to another human being". (Emphasis mine)


The Marvel fanboys now have a greater enemy than Thanos: a 76-year-old who has been making films since before almost all of them were born and who, unlike Spielberg, appears to have no issue with Netflix given that they financed his newest film, The Irishman. Instead, they went on and on about how again he's out of touch, elitist, and could only make gangster films.

Here again is my take on this brouhaha.

First, Martin Scorsese has made more than just 'gangster films'. The fact that many MCU devotees revert to naming Goodfellas and maybe Casino as Scorsese's only creative contributions suggests they are not aware or interested that Scorsese also made Alice Doesn't Live Here Anymore, The Age of Innocence, Kundun, Hugo or Silence. None of them had gangsters, unless you count the Chinese Communists in Kundun as such and I won't argue with such an assertion.

Second, I don't think that Scorsese was suggesting those who enjoy the MCU are dumb, that enjoying them is somehow wrong or that they were not well made. He clearly says these films are well made.

I think Scorsese is saying that there is a wide difference between Thor: The Dark World and The Seventh Seal. Both may have Scandinavian roots, but are both really on the same artistic level?

I think that was his point: that the Marvel Cinematic Universe films may be 'films' but are not 'cinema'. They are movies, they are entertaining but because they are different they do not meet the same standards that the other does.

Personally, I have long held that any movie should be judged by what it is trying to achieve, so it may surprise people that I'm not completely with Scorsese on his point. I don't think you can or should hold up all films to one standard, but I think there should be standards in how to judge a film's individual success and/or merits. Guardians of the Galaxy Vol. 2 is not aiming for what La Dolce Vita is aiming for. They are different from each other. Not all films are equal nor should they be.

I also disagree with Scorsese if he believes comic book films cannot be 'cinema'. I think that genre is just as capable of creating 'Cinema'. However, perhaps it is not the genre but the factory-like manner of the MCU that should make even the most passionate MCU devotee wonder if any of the Phases are actual 'Cinema'.

Those who are genuinely angry at Scorsese and who think he's elitist, I think, are really saying that Black Panther and Pather Panchali are equal in terms of cinematic achievement and emotional catharsis or that the former perhaps is superior to the latter in those areas, and that I cannot agree with.

Who here would think a Bob Ross painting is the equal to the Sistine Chapel? Yes, both can be called 'paintings', you can derive great enjoyment from both but they are on different levels of achievement and enjoyment. You can like the Happy Little Trees and there is nothing wrong with that. However, could you hold up a Bob Ross or Thomas Kinkade painting next to Guernica or Nighthawks and say, "Oh yes, they are exactly the same thing and on an equal level in terms of technique and impact?"

I'm not bashing Bob Ross or Thomas Kinkade or their work or fans nor am I intending to. However, to suggest that Ross and Rembrandt are equals seems rather a stretch. Same in this silliness: Spider-Man: Homecoming is not equal to Vertigo.

If you genuinely believe that Homecoming and Vertigo are equal and that both are 'Cinema', then nothing can be said to persuade you. I only hope that both sides venture out of their comfort zones and explore those worlds. Scorsese says he at least tried to watch MCU films. Can the MCU fanboys say the same about Scorsese's body of work?