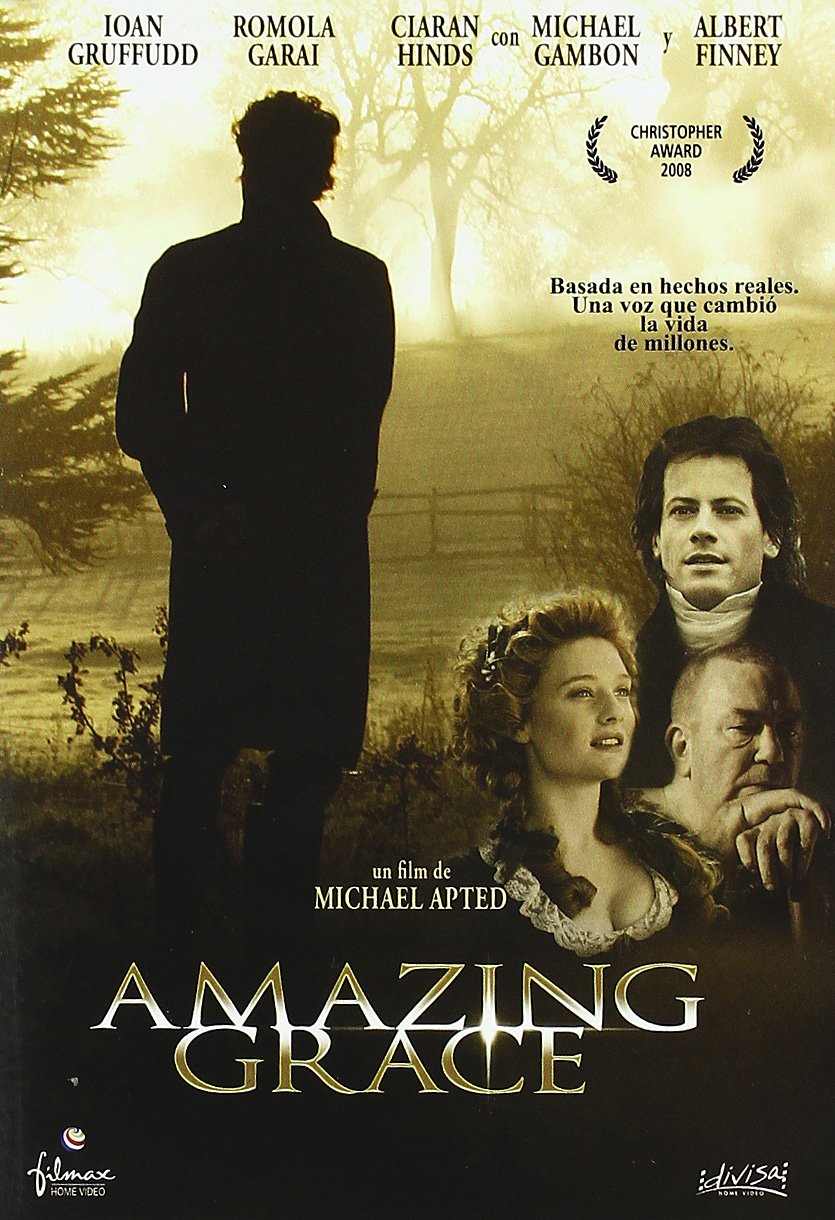 William Wilberforce is a relatively little-known figure, but his importance cannot be understated. His eventually successful efforts to abolish the slave trade throughout the British Empire merits more than praise. It should be a better-known story. Amazing Grace, a biographical film that deals mostly with Wilberforce's life and work, is perhaps a bit disjointed and could have done better in telling his story. On the whole though, Amazing Grace works exceptionally well, with strong performances that elevate the at-times jumbled narrative.

Shifting between 1791 England, fifteen years prior and two years after the opening, Amazing Grace chronicles the life of William Wilberforce (Ioan Gruffudd), Member of Parliament best known as 'Wilber' to his friends. Two friends in particular, Henry and Marianne Thornton (Nicholas Farrell and Sylvestra Le Touzel) think young Barbara Spooner (Romola Garai) would be perfect for our somewhat serious Wilber. Barbara and William are not amused at first, but find they are kindred spirits, and Wilberforce tells her his story.

Wilberforce is a powerful orator in Parliament, forever tussling with his opponents while aiding his fellow young MP William Pitt (Benedict Cumberbatch). However, Wilber is undergoing a spiritual transformation, embracing Christianity and contemplating retiring from politics. It's at the urging of Pitt and Wilberforce's old mentor, friend and pastor John Newton (Albert Finney) that he stays in office, convinced by them and others that he can lead a crusade against the evils of slavery.

Wilberforce is a powerful abolitionist campaigner, yet continues to be frustrated in ending this evil due to the political machinations of Lord Tarleton (Ciaran Hinds) and His Grace the Duke of Clarence (Toby Jones). Wilberforce however, has allies, including itinerant preacher Thomas Clarkson (Rufus Sewell) and Olaudah Equiano (Senegalese singer Youssour N'Dour), a former slave whose narrative bring attention to the 'peculiar institution'. Wilberforce also receives unexpected help from Lord Charles Fox (Michael Gambon), an old political hand who switches sides to join Wilberforce's abolitionist movement.

Wilberforce has secret health issues that cause him intense pain, but his spiritual strength, coupled with the love of Barbara and the encouragement of Newton, push him on until through some clever political maneuvering the Act for the Abolition of the Slave Trade finally passes. 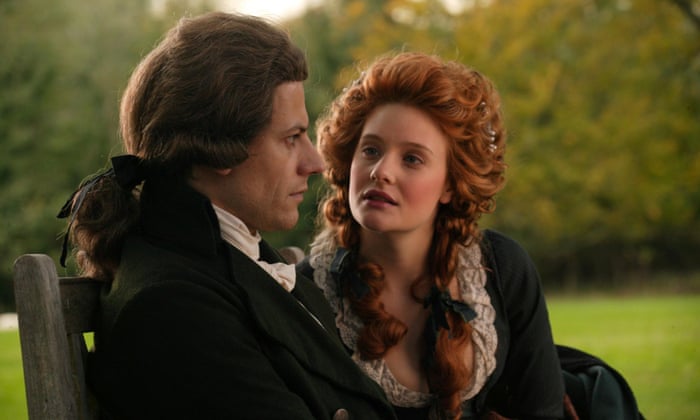 Perhaps Amazing Grace's greatest flaw is in the structure of Stephen Knight's screenplay. I am puzzled as to why the film opted to start in 1797, then jump back fifteen years, then return to 'present day'. This creates a sense of unsteadiness to make a viewer wonder where he/she is in terms of story. I think a more straightforward telling of Wilberforce's moral and especially spiritual transformation would have worked better. At least there could have been a structure where Wilberforce meets Spooner and tells her his story in a lengthy flashback before going back to them.

I think this is what Amazing Grace was going for, but it did not quite pan out.

Knight's screenplay, to its credit, does have wonderful moments of both wit and insight. When Fox crashes Wilberforce's meeting, shocking everyone, he calmly takes the head seat and wryly asks, "Any of you saints drink?" After a momentary silence, Clarkson replies, "Well this one bloody does", whereupon he takes a swig and offers the bottle to Fox.

Later, as a now-blind Newton meets Wilberforce one last time before the crucial vote, he tells William of his deep pain, regret and shame at having been a slave trader. "We were apes. They were human", he concludes, and the impact of his whole monologue hit us powerfully.

Michael Apted got extraordinary performances from his whole cast. While his role was small, Albert Finney shows why he was among the best actors of his generation as John Newton, the repentant and guilt-ridden man who wrote Amazing Grace and was set free. Gruffudd was exceptional as Wilberforce, this man driven by a commitment to his God to do good works for His Glory. There were a few moments of lightness that I wish had been explored more but on the whole Gruffudd reminded people that he has great skill. Garai made Barbara a much more modern woman, sharp and shrewd and unwavering in her own convictions and passions.

Amazing Grace was an early film for Cumberbatch, and to be honest I preferred him when he was an actor versus when he was a 'star', relying less on the power and timbre of his baritone to make Pitt into a young man in a hurry. His final scene is quite moving and effective as he looks upon death and wishes he had his friend's firm faith. Sewell showed he could be sympathetic as Clarkson, firm abolitionist and radical who liked a bit of liquor from time to time.

While their roles too were small, Jones, Gambon and Hinds were excellent as the politicians locking horns and playing a high-stakes game on the issue of slavery. High praise should also go to N'Dour, who in a rare acting performance made Equiano a man of quiet dignity after all he endured.

Amazing Grace is a strong film on an exceptional figure. Perhaps not the biopic William Wilberforce merits, but a good portrait of a man who did so much good for the Glory of God and His very fallible creation.