The Goldfinch: A Review 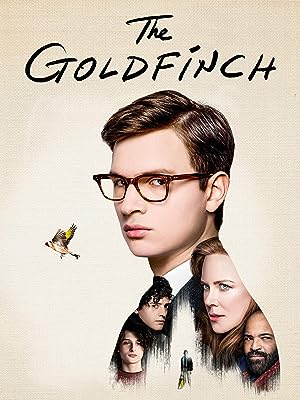 I should be open and upfront about any biases I have, and I have a major one against Ansel Elgort. Maybe it's just his name: Ansel Elgort. Maybe it's that I do not find him talented in any way and find the fact he has a film career most puzzling. My disdain on Ansel Elgort is so great that I have stubbornly refused to watch Baby Driver despite the lavish praise for the film, causing major irritation from many a fellow film reviewer (I'm looking at you, Sarah).

However, I have lifted my Ansel Elgort boycott when it comes to The Goldfinch, one of 2019's biggest bombs. I figure I lifted said boycott due to a perverse sense of schadenfreude with regards to Ansel Elgort, but it extends to more than just Ansel Elgort. The Goldfinch presented itself as an upper-class high-art Oscar-caliber film, a lavish adaptation of a surprisingly divisive novel; the fact that the film was greeted with disinterest to downright hostility intrigued me.

Was The Goldfinch the artistic and cinematic disaster its reputation insisted it was? Was the vitriol it received warranted? Could Ansel Elgort convert me into liking him?

Yes, absolutely and hell to the no.

Theo Decker (Oakes Fegley) survives a bombing at the Metropolitan Museum of Art. In the chaos, he takes a painting, Carel Fabritius' "The Goldfinch".

First staying with the WASP, aloof and cold Barbour family due to his mother being killed in the blast and his father having run off earlier in his life, Theo finds his life upended when his white trash father Larry (Luke Wilson) and his even trashier white trash girlfriend Xandra (Sarah Paulson) suddenly show up to come whisk him away from the Barbours.

Now in a desolate Las Vegas exurb, he eventually finds a friend in Boris (Finn Wolfhard), a Ukrainian or Russian emigre who teaches him to drink and both pop and crush pills for highs. They develop an intense bond, though the exact nature of said bond, like a lot in The Goldfinch, is unclear.

Larry attempts to use Theo to get more money, but the plot flops and Larry is killed off-screen. As Xandra isn't exactly the mothering type and has no legal responsibility to/for Theo, he runs away back to New York, taking shelter with Hobie (Jeffrey Wright), the antiques dealer and restorer who is connected to another bombing victim Theo met and interacted with on that fateful day.

Now as an adult, Theo (Ansel Elgort) is Hobie's protege, selling and restoring antiques with and for him. He's engaged to Kitsey Barbour (Willa Fitzgerald) of the Barbour family, an engagement that will go on even after Theo discovers she's been unfaithful to him with a former classmate whose actions got Theo into trouble and which was the reason he and his mother were at the Met on that day.

An evil antiques buyer, Lucius Reeve (Denis O'Hare), who had been sold a fake piece by a knowing Theo, now threatens Theo when he makes a connection between Theo and a newspaper article revealing that "The Goldfinch" was being used as collateral for a drug deal, thus revealing that not only had "The Goldfinch" not been destroyed as was once thought but that Theo had it.

Theo is in somewhat of a panic until Boris (Aneurin Barnard) shows up. He makes a shocking revelation: he switched "The Goldfinch" right before Theo ran away from Las Vegas and has been using it as collateral on various drug deals. Now in an effort to atone for their separate sins, Theo accompanies Boris to Amsterdam to retrieve "The Goldfinch", leading to killings but what I'm told is redemption. 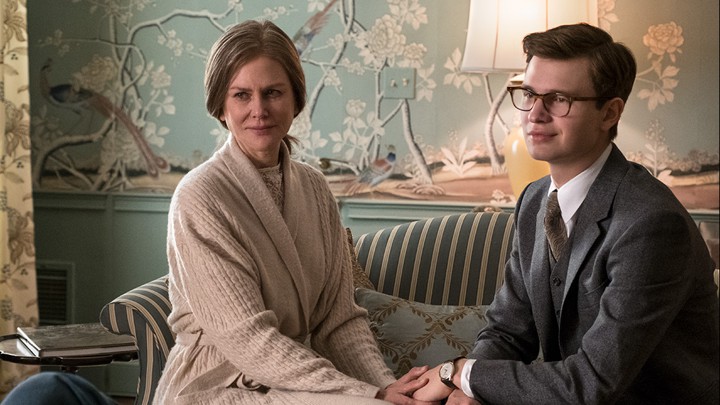 In architecture, the expression 'structurally unsound' suggests a building that not only is unsteady but in danger of collapse. A good description of The Goldfinch as a movie is that it is 'structurally unsound'. It meanders through various plots and characters without really bothering to tell us anything about them. The film goes from past to present, often for long stretches, without grounding us into how one connects with the other.

Worse, it expects us to not only remember but care about people we barely saw.

Take for example Platt, the oldest Barbour child. He pops in once as a teen, yells something obscene that angers his WASP father, then leaves. We don't see this "Platt" until perhaps an hour later, where he tells us of family deaths of people who never behaved as human to begin with but whom we are supposed to care about.

The 'evil' antiques buyer, apart from being hilariously over-the-top in O'Hare's performance, didn't seem to know if he was merely a dupe for a duplicitous Theo or a con in his own right.

As a side note, Lucius Reeve sarcastically calls Theo a 'wunderkind'. A true snob would have pronounced it 'vunder-kind' versus 'wonder-kid', but that's just me.

The man Kitsey is cheating with is supposed to be Theo's frenemy, whom we saw him interact at the most twice. How could we possibly remember who he is, let alone care? Despite this, Theo keeps to the engagement? It does not make any sense.

Over and over The Goldfinch puts in things and instead of clarifying things only makes things more confusing to incomprehensible. The film suggests that Theo took "The Goldfinch" more out of confusing directions from Hobie's partner than from a genuine desire to have it for his own or to remember his mother by. As such, it makes his holding on to it more irrational. 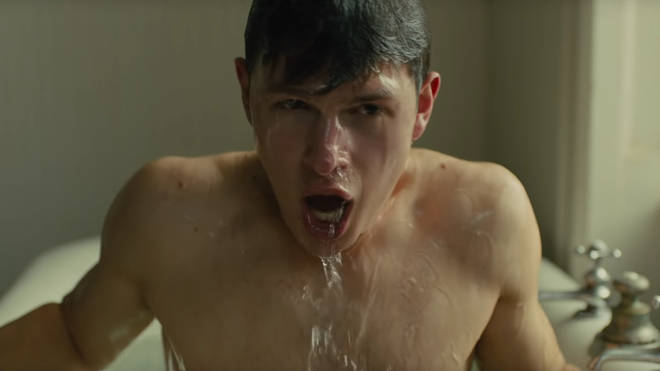 Things get more confusing with regards to Theo himself. At the risk of indulging in stereotypes, tween boys fascinated by Queen Anne furniture and Glenn Gould's Beethoven recordings don't strike me as unwilling to bond with Russian teenage boys. I genuinely didn't know if Theo and Boris were lovers or meant to be, probably because The Goldfinch does not know either.

The film is clear that Boris is at the least attracted to Theo and most likely in love with him: Boris does kiss him on the lips before Theo runs off. However, when they meet again neither appears to harbor any actual interest in the other, let alone any romantic or sexual inclinations. They don't even appear to be friendly, let alone friends. Like a lot in The Goldfinch, something or someone is introduced only to either be forgotten or dropped without mention.

This is one of those times when I confess I never read Donna Tartt's Pulitzer Prize-winning novel. As such, I cannot vouch for how close or far screenwrither Peter Straughan strayed from the source material. I'm going to guess that it stayed slavishly close to it, which may explain why The Goldfinch is such a bore.

The Goldfinch is absolutely convinced it is 'art', 'deep', and 'moving' despite any evidence to support that. The various voiceovers from Ansel Elgort along with the increasingly pompous statements Ansel Elgort is made to say declare it so. The first line heard in voiceover, "In Amsterdam I dreamt of my mother again", intentionally or not evoked memories of Rebecca: "Last night I dreamt I went to Manderley again".

The Goldfinch does what a lot of bad artsy films do: confuse whispering the dialogue for deep performances. The whispering got so bad that I literally could hear girls' giggles from the theater next to us, or maybe they were inside the theater. I know that I would have been howling with laughter at the news of Larry's death if I weren't bordering on unconscious. 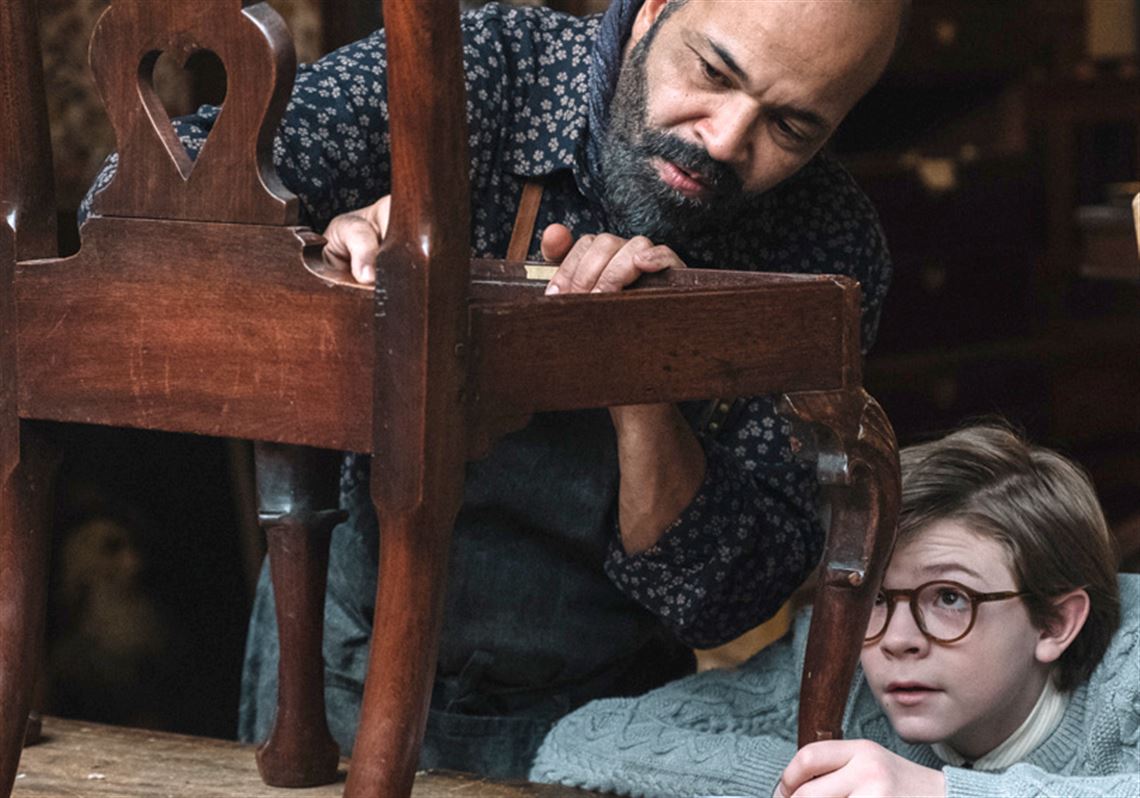 There is not a good performance anywhere in The Goldfinch. Oakes Fegley came closest, his Theo being the closest to a genuine human being. It was not a good performance, as he was too pouty and pseudo-intellectual before the bombing, but I have to look for something good. Finn Wolfhard and Aneurin Barnard (the latter so good in the shamefully overlooked Citadel) had almost unintelligible "Russian" accents, unless they really did keep calling Theo "Porter".

As for Ansel Elgort, it's another bad performance. I suppose he's pretty but his efforts to play anything: haunted, angry, lovestruck, hurt, scared, what have you, all looked fake. His efforts at emoting in Amsterdam were comically bad.

As a side note, I point out that we have the following names in the cast: Oakes Fegley. Finn Wolfhard. Ansel Elgort. And to think, once the names 'Troy Donahue', 'Tab Hunter' and 'Rock Hudson' were considered offbeat.

The adults, Nicole Kidman and Jeffrey Wright, did themselves no favors, but I put it more to director John Crawley's insistence that they whisper everything. Luke Wilson and Sarah Paulson apparently were not directed to whisper all the time but to on occasion shout, making their white trash so cartoonish even genuine white trash would think they were uncouth. Wilson's 'anger' when he can't his hands on Theo's money is hilarious. Perhaps to match him, Paulson's reaction to Larry's death is equally hilarious.

If I can compliment anything in this fiasco it is Roger Deakins' cinematography.

The Goldfinch perhaps would have worked better as a miniseries than a feature film. There is simultaneously too much and nothing going on. Lousy performances, a jumbled to incoherent story with boring characters, you watch the entirety of the film waiting for something to happen only to see some last-minute rushing about in some oddball crime caper.

The Goldfinch really should have been called The Turkey.